Neena Gupta recently posted a picture on Instagram where she looked gorgeous and wowed her fans in her latest avatar. Read on to know more about it in details.

Actress Neena Gupta has upped her style game and fans cannot get enough of her classy and also sassy looks. She is also often seen dressed in her designer daughter's clothes. Recently, the actor posted a picture of herself in a red saree on Instagram, stunning her fans and friends.

Neena Gupta donned a bright red saree with a plain gold border. The saree also had specks of pink on the pallu. She styled it with a halter neck red and green blouse and red Kolhapuri chappals. Neena Gupta accessorised her outfit with green and gold bangles and chandbalis. She flaunted her new short hairstyle in a sleek open hairdo and kept her makeup minimalistic.

Also Read: Ayushmann Khurrana Is Elated To Reunite With Neena Gupta & Gajraj Rao For His Next

Many celebrities showered love and appreciation on Neena Gupta's post. Some even went on to praise the actor's latest hairstyle. Here's what everyone said: 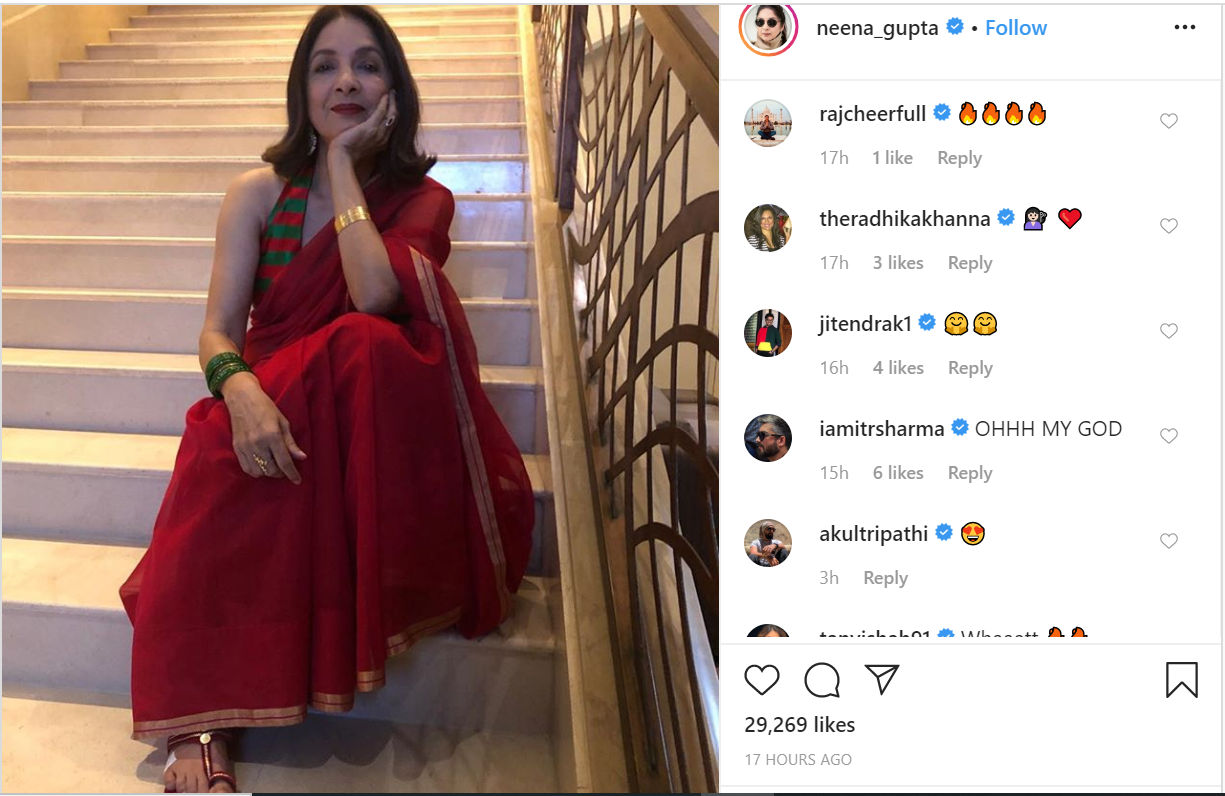 Also Read: Neena Gupta Has Set Fashion Goals For The Current Generation With These Five Looks 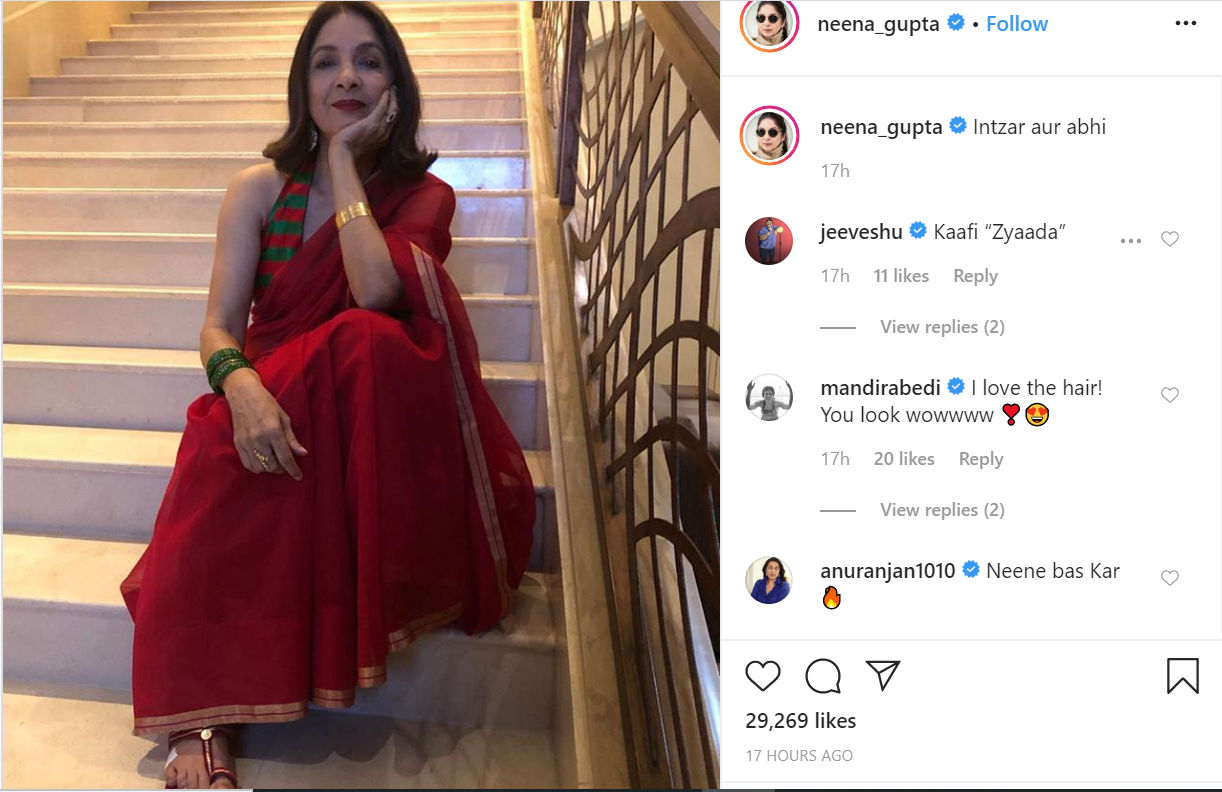 Neena Gupta apparently donned this outfit for the promotion of Subh Mangal Zyada Saavdhaan. She posed along with her co-star Manu Rishi Chadha who plays the lead character's father while Neena plays the mother. Recently, Neena Gupta on Instagram has posted several stills from the movie Subh Mangal Zyada Saavdhaan and its promotional events. It is about same-sex love and features Ayushmann Khurrana and Jitendra Kumar in lead roles. The movie is all set to release on February 21, 2020.

Neena Gupta has returned to the silver screen after a hiatus of a couple of years. She starred in the Bollywood hit Badhai Ho which was about late pregnancy. She also starred in many other movies like Veere Di Wedding, Mulk, Panga and the web series Made in Heaven. Currently, Neena Gupta is gearing up for the release of Subh Mangal Zyada Saavdhaan. Besides this, her upcoming Bollywood ventures include Sooryavanshi, Gwalior and an untitled Kaashni Nair's film.

Also Read: Neena Gupta's Upcoming Movie List For 2020 That Must Not Be Missed