Nora Fatehi has been quite actively updating her fans about what dishes she has on her Iftaar menu every day. Recently, she cooked some Moroccan dishes.

Nora Fatehi has been keeping fans entertained consistently with her social media presence. Be it her dance videos or hilarious memes, she is making sure to keep her fans busy. Recently, Nora Fatehi flaunted her cooking skills as she prepared two Moroccan delicacies and posting the pics on her Instagram thus updating her fans about her Iftaar menu.

Nora Fatehi shared a series of Instagram stories wherein she was seen cooking something different. At first, she shared a boomerang video of a pan with some veggies cooking in it. The actor also asked her fans that if they can guess what she is making. In the next story, she shared a video of stirring some soup and also informed her fans that she was cooking a Moroccan soup called Harira which is her favourite. Nora Fatehi also informed that she added some chicken to the soup instead of meat and also added chickpeas to it. Another story shared by Nora was to inform her fans about what else is on her dinner menu today. She was seen making some Baghrir which is also a Moroccan delicacy.

In the recent past, Nora Fatehi shared several recipes about what she is making for Iftaar. From laying down ingredients for pumpkin soup to frying Samosas, Nora has been sharing everything with her fans. She also pinned a highlight on her Instagram handle with title Nora's Kitchen to help her fans see the recipes even after 24 hours. 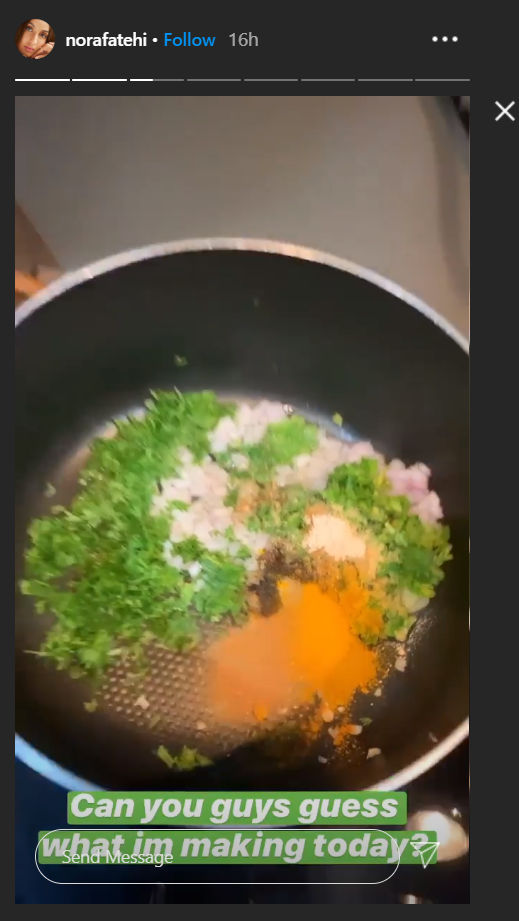 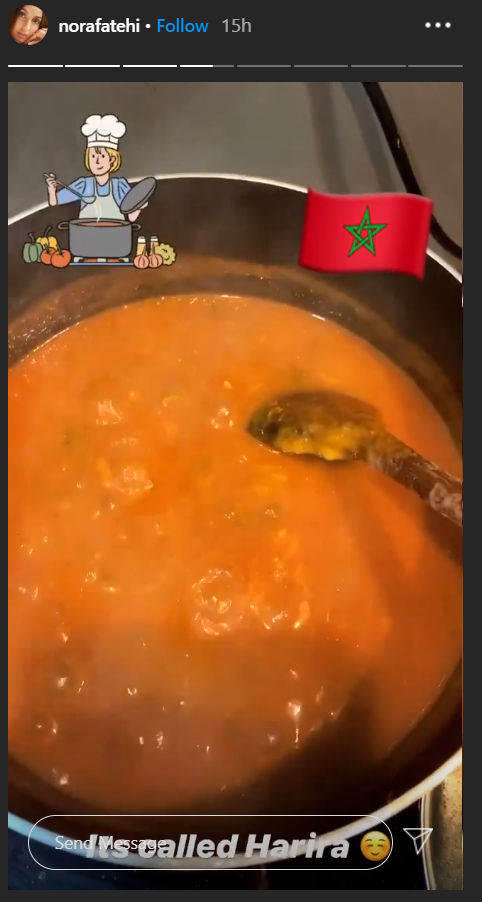 On the work front, Nora Fatehi was last seen in Street Dancer 3D alongside Varun Dhawan and Shraddha Kapoor. She was widely appreciated for her performance in the song Garmi from the film. She is set to make her next appearance alongside Ajay Devgn in Bhuj: The Pride Of India. Within no time, Fatehi established herself as one of the top dancers in Bollywood with songs like O Saki Saki, Dilbar, Kamariya, and more. She also appeared in Arijit Singh's Pachtaoge alongside the Uri: The Surgical Strike actor Vicky Kaushal.

PEOPLE HAVE PLEDGED SO FAR
LATEST NEWS
View all
7 hours ago
Huma Qureshi feels 'tops of the pops' with 108 Suryanamaskars, shares way to make money
8 hours ago
Raveena Tandon compares her latest pic alongside Sonali Bendre with poster of 'Keemat'
5 hours ago
Hardik & Natasa announce pregnancy, Sonu Sood called 'Indian of the Year' & more
7 hours ago
Aly Goni wishes ex-girlfriend Natasa Stankovic on pregnancy, wedding with Hardik Pandya
6 hours ago
Unseen pic of the day: Sara Ali Khan is busy with her phone as Imtiaz Ali looks on