Nora Fatehi has recently started a YouTube channel and the fans have been loving it. A fan account has now shared a video called Arabic mom and her reactions that has been made out of snips of her previous videos like Every Mom's Worst Nightmare and her WAP challenge videos. Read more to know about Nora Fatehi’s funny reaction video.

Also Read | Nora Fatehi Takes Up The 'WAP' Challenge; Gives It A Hilarious Twist Of Her Own

The video was a compilation of some of her previous video releases. Nora Fatehi’s fan account shared the video of her enacting Arabic moms on their Instagram account. The reaction she gave was certainly hilarious and the fans can’t get enough of it. In a matter of 4 days, the video has managed to get more than 100 thousand views.

Her fans have also been expressing their views about the video in the comments section. They have been relating to the video and have been commenting about it. A fan wrote, “Punjabi mom also did the same..flying chappal”. After seeing such hilarious videos from the Street Dancer 3D actor, it is not shocking that she has more than 16 million followers on her Instagram and more than 2 million subscribers on her Youtube account. 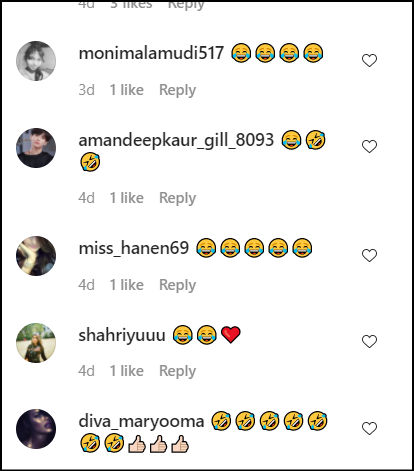 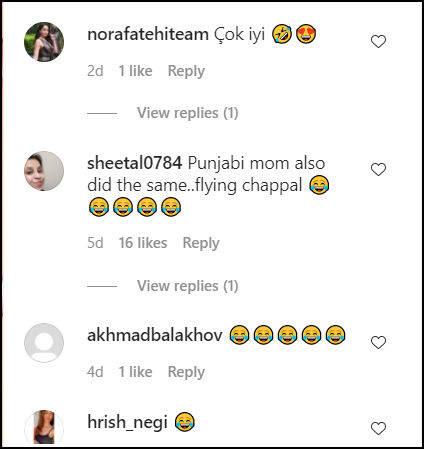 On the professional end, Nora is currently prepping up for her upcoming war action film, Bhuj: The Pride of India. The film is going to be directed by Abhishek Dudhaiya and it stars Ajay Devgn, Sanjay Dutt, Sonakshi Sinha, Nora Fatehi, Sharad Kelkar, Ammy Virk and Pranitha Subhash. Reportedly, the film is going to show some happenings on the Indo-Pakistani War of 1971. The shooting of the film has been completed, but the release was delayed due to the ongoing pandemic. Instead of being released in the theatres, the movie is now going to be released on an OTT platform for streaming.

After her performance in Remo D’Souza’s film, Street Dancer 3D the fans and critics are expecting an excellent performance from her. Street Dancer 3D starred talented faces of the industry including Shraddha Kapoor, Prabhu Deva, Aparshakti Khurana and Nora Fatehi. It was directed by Remo D’Souza and collectively produced by  Bhushan Kumar, Krishan Kumar and Lizelle D'Souza.

The film received mixed reviews from the audience and managed to collect around 105 crores in terms of box office collections. Initially, the film was planned as a sequel to ABCD 2 but then the title was changed because of  Disney's exit from Indian film production. The primary photography of the film has been done in Punjab as well as London.