Actor Pranutan Bahl shares a new headshot picture on Instagram. The picture received a lot of love and compliments from the Internet.

Actor Pranutan Bahl has a deep-rooted connection to Bollywood. Hailing from the third generation of a Bollywood family, Pranutan is the granddaughter for the famous yesteryear superstar Nutan. She is the daughter of actor Mohnish Bahl who has played prominent and significant roles in a lot of Bollywood blockbusters. A lawyer by profession, Pranutan made her debut with Nitin Kakkar's Notebook in 2019 along with actor Zaheer Iqbal.

Pranutan is an avid Instagram user and often gives a candid insight into her personal and professional life. Her posts are loved by her fans and followers and they cannot stop gushing about Pranutan's beauty. Her fashion choices usually grab the attention of the netizens. The actor recently took to her Instagram handle and posted a picture of herself. The picture is captioned, "Headshot" and is a black and white picture of the actress.

Also Read: Pranutan Shares An Adorable Photo Of Father Mohnish Bahl As She Wishes Him On His Birthday

Pranutan looks flawless while posing for the camera wearing a full-sleeved white t-shirt. The "headshot" pic was clicked by photographer and cinematographer, Deep Panchal and was styled by Savleen Lamba who has also styled actors like Mrunal Thakur and Aisha Ahmed. Check out her pic below;

As soon as the picture was dropped on Instagram, the netizens were wowed by the actress's beauty and look. One user wrote, "Absolutely Beautiful" another called her "The future of Bollywood." Her comment section is filled with compliments and the fans shared their love for her with several heart emojis. Take a look at the comments below: 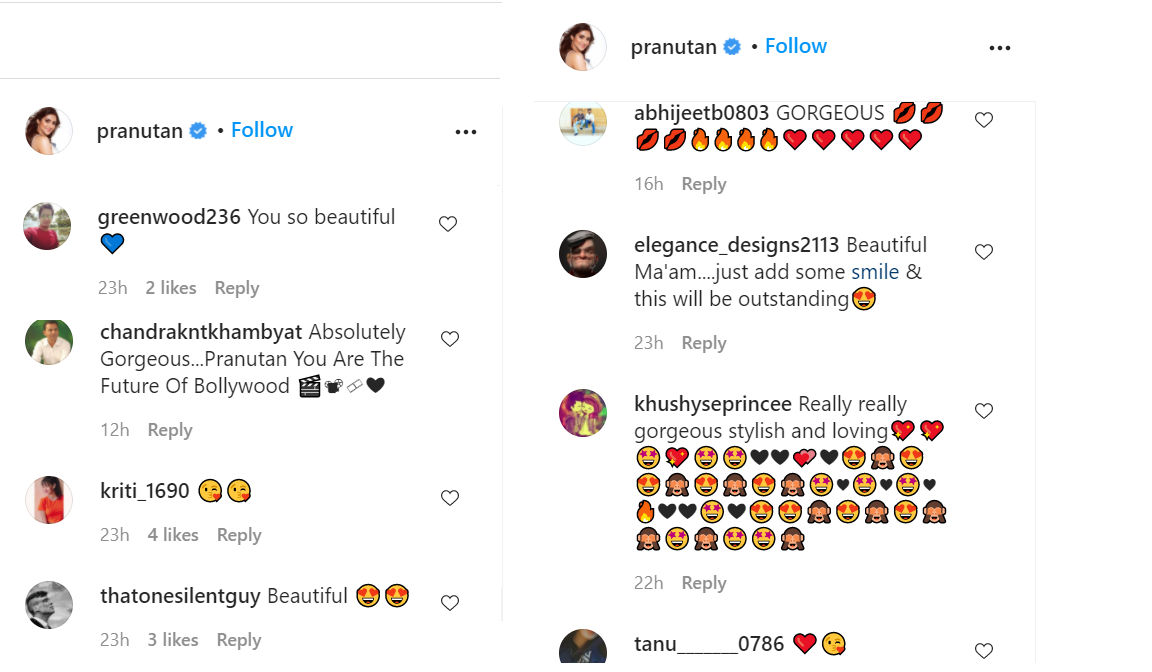 Pranutan will be next seen in Helmet. Co-starring Aparshakti Khurana, the movie is slated to release in 2021. She made her debut in Bollywood with Notebook in 2019, which earned her fair reviews for her performance but the film failed to make a mark at the box office.

Earlier, during a media interaction, Pranutan was asked about her equation with the other star kids. On this, the actress shared that though she comes from a film family, she isn't a part of any film circles. She also added that most of her friends are not from the film industry.