Ranveer Singh Makes A Comeback To Sets After 5 Long Months

Recently, actor Ranveer Singh was spotted returning to the sets to shoot an advertisement. He is back to work after 5 months. Read on to know more details.

Due to the COVID-19 lockdown, the film industry was on a halt when it came to shooting movies/shows. Celebrities and Bollywood actors were staying indoors and working from home following the strict rules of the lockdown. However, now that the lockdown is at an ease, television shows have started their shoots. Recently, Gully Boy actor Ranveer Singh was spotted while he walked onto the sets of an advertisement, resuming his work.

Ranveer Singh spotted while going for a shoot

Ranveer Singh seems to have resumed working as he was spotted in a suburban studio for an advertisement shoot. A source has managed to capture some exclusive pictures of Ranveer Singh walking into the studio. The actor has, thus, returned to the sets after five months. Ranveer Singh was seen sporting a casual look in his blue Adidas tracksuit. Take a look at the picture: 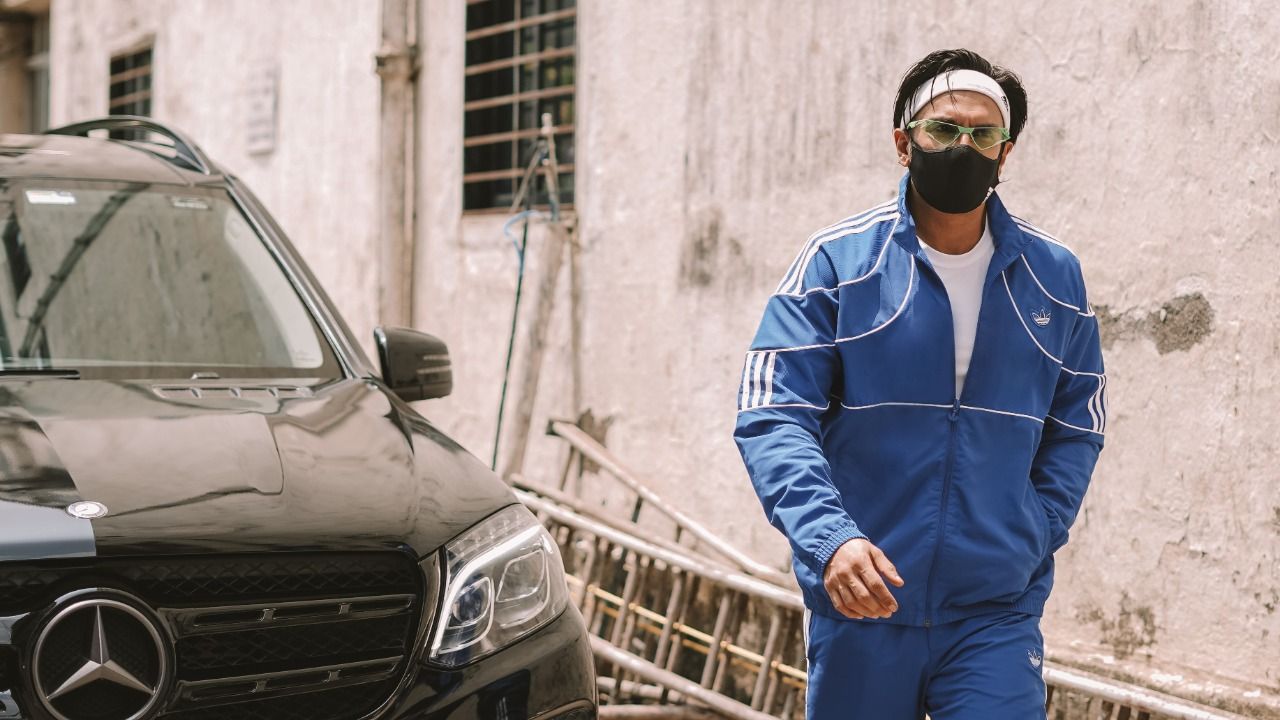 The source says, "The pandemic is here to stay and the industry will have to restart. It’s heartening to see a superstar like Ranveer stepping out to shoot in a studio environment. His decision will certainly bring positivity and help change the sentiment of the industry which has been shattered due to the COVID-19 lockdown. We need the superstars to come out and shoot because they can help the business to return to normalcy".

Also Read | When Ranveer Singh And Deepika Padukone Indulged In A Funny Dance-off On 'Pinga'; WATCH

The industry is slowly restarting and it is committed to making the shooting environment as safe as possible for the superstars to shoot in. The source further says, "Stars like Ranveer shooting in the pandemic means he wants to contribute to the industry. New film shoots need to begin too and seeing Ranveer in the open is a positive signal to the producers that our stars are keen to help the business. This is a good sign”.

Ranveer Singh's movies have received widespread acclaim from fans and critics in recent times. He will next be seen in an upcoming sports drama film '83. The film is based on India's victorious 1983 World Cup campaign under Kapil Dev. Ranveer Singh will be portraying the role of Kapil Dev and Deepika Padukone will be seen playing Kapil Dev's wife Romi Bhatia Dev.

Other Ranveer Singh's movies that are scheduled to release soon are Jayeshbhai Jordaar and Sooryavanshi. Sooryavanshi is directed by Rohit Shetty and Ranveer is expected to play the role of Simmba again. The actor will also feature in a Dharma production film called Takht. The film also features Kareena Kapoor Khan, Ali Bhatt, Bhumi Pednekar, Vicky Kaushal, and Anil Kapoor in pivotal roles.