Salman Khan recently featured in a video shared by sister Arpita Khan Sharma where the actor can be seen spending quality time with his nephew. Check it out

As more and more Bollywood stars are advocating self-isolation and are practising it themselves. Superstar Salman Khan also has reportedly visited his farm in order to self-isolate, amid the Coronavirus crisis. Earlier, a video of Salman Khan making a charcoal painting in his farmhouse was loved by fans, this time around Salman's sister Arpita Khan took to her Instagram stories and shared a video of her son spending some quality time with his uncle Salman Khan. Check out snippets of the video shared by Arpita Khan Sharma below - 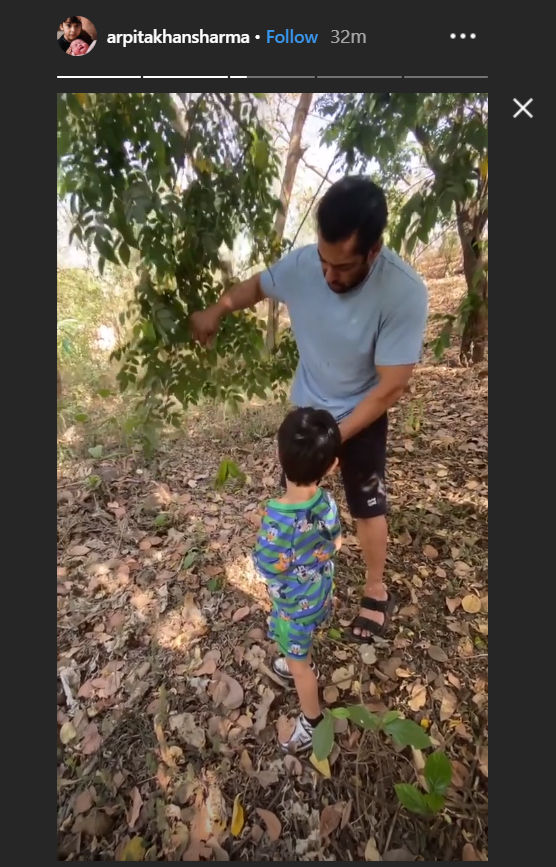 Also read: Salman Khan To Go Amitabh Bachchan's Way In 'Zanjeer' And Not Have Any Songs In 'Radhe'

Interestingly, Arpita Khan Sharma chose to put the song Manjha in the background of the video she shared. Manjha is the latest track which features Arpita's husband Aayush Sharma in the music video. The music video was also shared by Salman Khan on his social media accounts. Check out the song below -

Also read: Shraddha Kapoor said NO to work with Salman Khan at the age of 16?