Sonam Kapoor recently took to Instagram and shared a few pictures of her husband working from home and what she is doing during the self-quarantine period.

Sonam Kapoor took to her Instagram and shared a photo of her husband, Anand Ahuja who was seen working from home. As the world is battling with COVID 19 pandemic, everyone has been asked to work from home. Sonam Kapoor has often posted pictures of her husband and keeps her fans updated about her life. Below is the picture she posted on her Instagram story. Take a look at it. 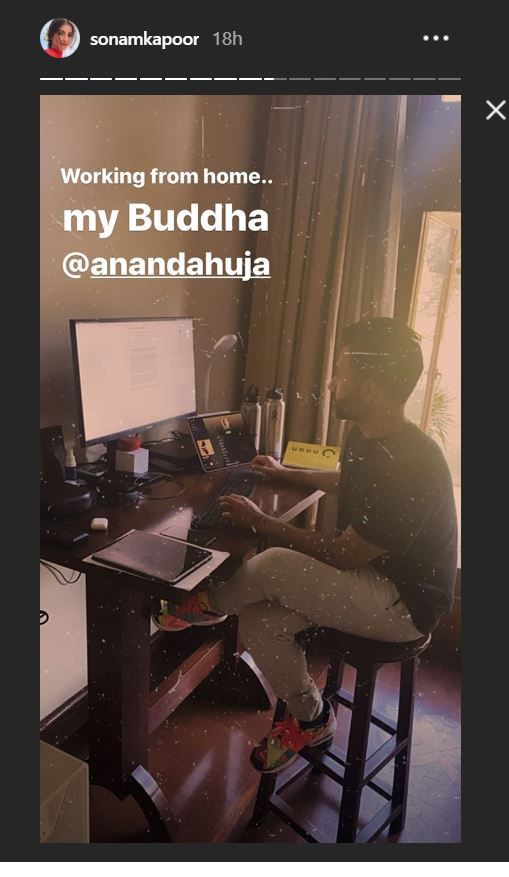 Sonam Kapoor wrote in the story explaining to her fans that in the picture Anand Ahuja is working from home. Anand Ahuja was seen wearing a dark coloured round neck t-shirt, a pair of narrow legged pants and a pair of sneakers. Anand S Ahuja, who is a businessman and has a clothing brand under the name Bhane has been actively interacting with his followers during the lockdown period. He was quick to respond to Sonam Kapoor's Instagram story and was seen putting up a story on his Instagram handle as well. He wrote in his story that he likes to work while wearing a pair of sneakers. Check out the picture below: 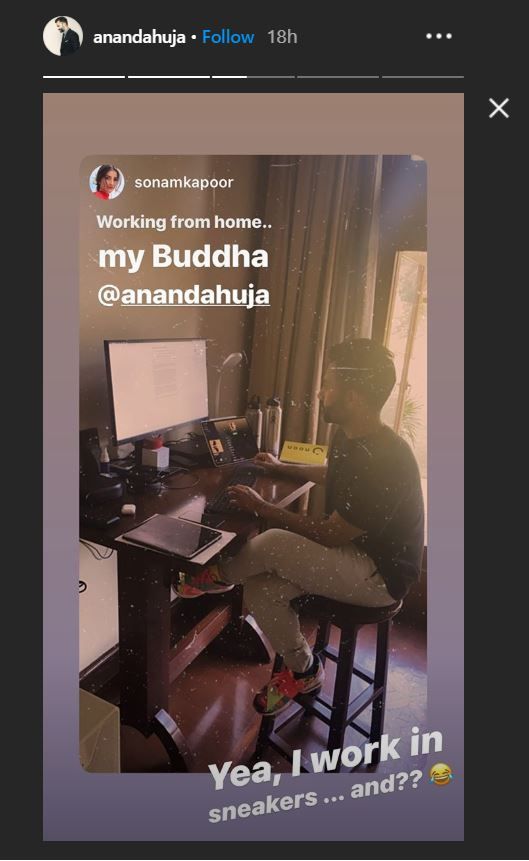 The actor has been sharing a series of pictures regularly to keep her fans updated with what she is doing every day during the social distancing and self-quarantine. Sonam Kapoor can be seen spending her time cooking, reading and spending time with her family. She posted a picture where she told her fans how her mother-in-law was enjoying the banana chocolate chip vegan bread she had prepared. Check out some of the pictures below: 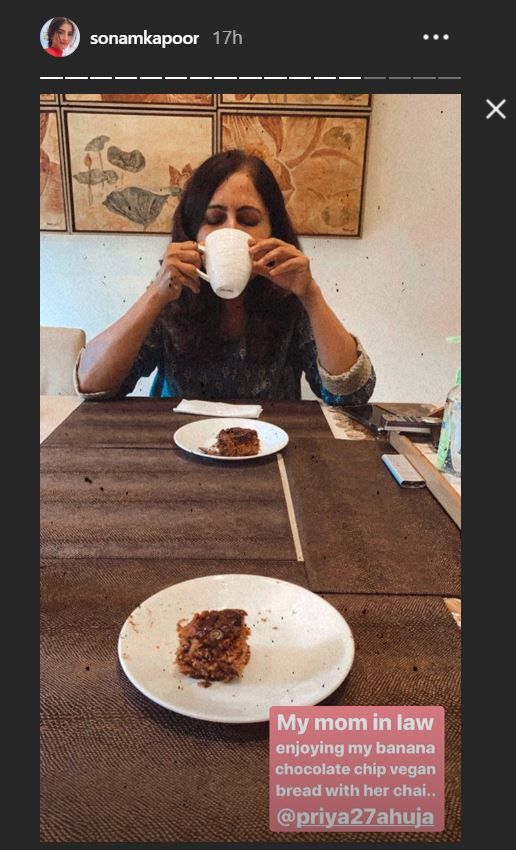