Sonam Kapoor's Instagram Pics Where She Showed Off Her Envious Collarbones

Sonam Kapoor's Instagram pics where she showed off her envious collar bones through her gowns and outfits. Take a look for more style inspiration.

Sonam Kapoor is a well-known fashionista in Bollywood and is followed by many young girls due to her exceptional fashion choices. She often wears designer outfits in her Instagram posts and even in her films. Take a look at the times she showed off her envious collarbones through her social media posts.

Sonam Kapoor, who did a Disney co-produced film Khoobsurat, actually revealed in an interview about her interest in dressing up in Disney princess outfits. Her Instagram is often filled up with different varieties of princess ball gown outfits. Take a look at this pic where she is wearing a white designed gown that completely stands out in this picture.

Sonam Kapoor showed off her gorgeous corset styled dress in one of her recent Instagram posts. The feminine outfit is body-hugging and perfectly accentuates her collarbones. 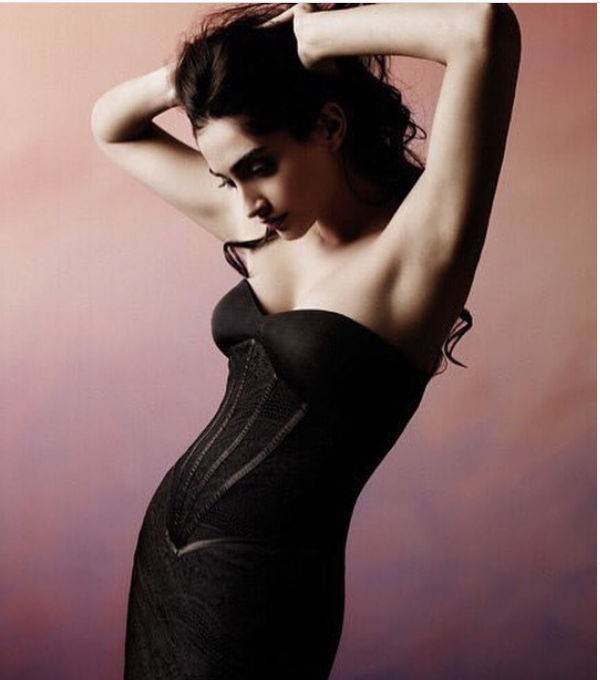 Sonam in a black sheer gown

Sonam Kapoor donned this outfit for the premiere of Malang, which starred her father Anil Kapoor. With minimal accessories and makeup, the actor can be seen flaunting her collarbones in this gorgeous outfit.

Sonam in a sheer saree

Sonam Kapoor aced her look in a sheer saree for an awards function. Her sheer saree with a delicate designed border and a blouse with a daring neckline complemented her collarbones.

ALSO READ| This Day That Year: When Sonam Kapoor And Priyanka Chopra Made Headlines

PEOPLE HAVE PLEDGED SO FAR
LATEST NEWS
View all
13 mins ago
Bhumi Pednekar's outfits that can be perfect for your next brunch date; see pictures
33 mins ago
Deepika Padukone's movies where she was paid more than her co-stars
26 mins ago
Priyanka Chopra's films where she played a haughty character convincingly