Tara Sutaria is one of the most promising new actors and has also managed to inspire the fans with some all-white looks. Here are some of Tara Sutaria's photos.

Tara Sutaria is one of the new faces in Bollywood, who debuted in 2019. The stunning actor amazed everyone with her applause-worthy performance in her debut film, Student of the Year 2. However, Tara had already established that she is worthy of applause as she has been in the entertainment industry for a while and starred in some popular Disney shows. The Student Of The Year 2 star is often snapped by the paparazzi around Mumbai. She has been on the top of her fashion game ever since she has been in the limelight. Here are some of Tara Sutaria’s pictures that prove she can carry any and every colour with panache, especially white.

Tara has opted for a plain white top along with a pair of light blue pants – a style classic combination that never fails. Tara Sutaria has always been amongst those celebrities who attract a lot of paparazzi. She recently walked the ramp for Lakme Fashion Week, and stunned the audience.

Also Read | Did Tara Sutaria, Aadar Jain Confirm Their Relationship With THIS Video From U2 Concert?

Tara Sutaria was wearing a shiny white spaghetti blouse paired along with an elegant lehenga. She accessorised her amazing white attire with some chunky bangles and earrings. Her makeup was simple and also stood with the designer to get a gorgeous picture clicked. 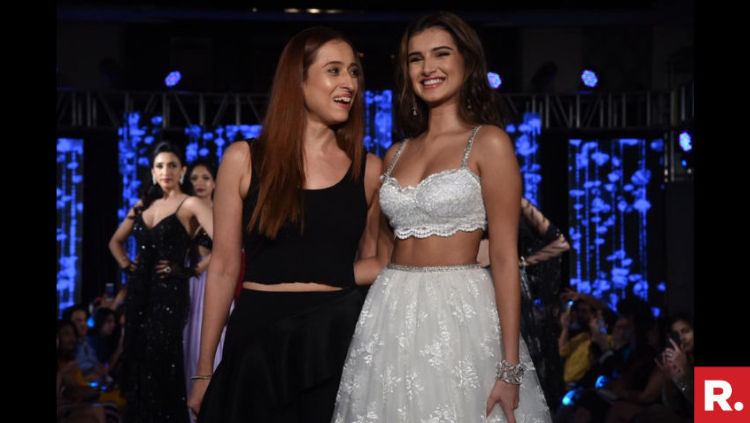