Vicky Kaushal Reveals He Got Sleep Paralysis A 'couple Of Times', Calls It 'damn Scary'

Vicky Kaushal conducted an AMA session on his Instagram story where he answered some questions about horror movies and revealed that he has had sleep paralysis.

Vicky Kaushal has been using his social media presence to keep his fans entertained and busy during the COVID-19 quarantine. The actor recently conducted an 'Ask Me Anything' session with the theme of his movie Bhoot Part One: The Haunted Ship. He answered many questions and also revealed some personal secrets about himself.

The actor was asked by one of the fans on his AMA session whether he had experienced a 'bhoot' in real life. Responding to this, Kaushal revealed that he has not experienced a bhoot, but he has had sleep paralysis a couple of times. He also added that it is 'damn scary'. He asked his fans to read about what it is. 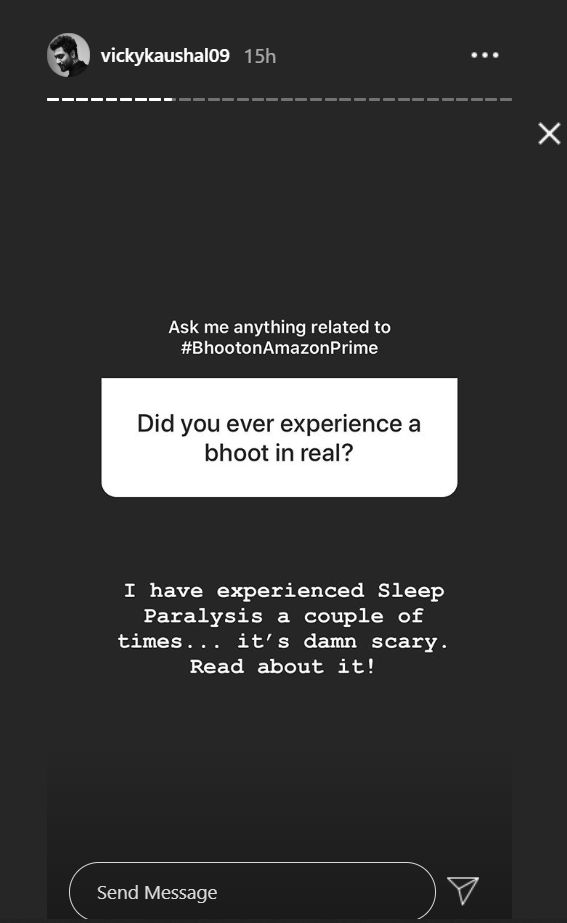 Sleep paralysis a temporary moment of inability when a person is not able to move or even sleep when he installing asleep, or when he is about to wake up. These last to one or two minutes and are terrifying for the person as he feels restrained. During a paralysis, a person can hallucinate things, hearing and seeing things that are not present.

Vicky Kaushal answered many other questions that were posed to him. He claimed that he is very scared when it comes to horror films. To the question of whether he has been really scared of something, he said,

I’m the biggest fattu in the world when it comes to horror films or stories! 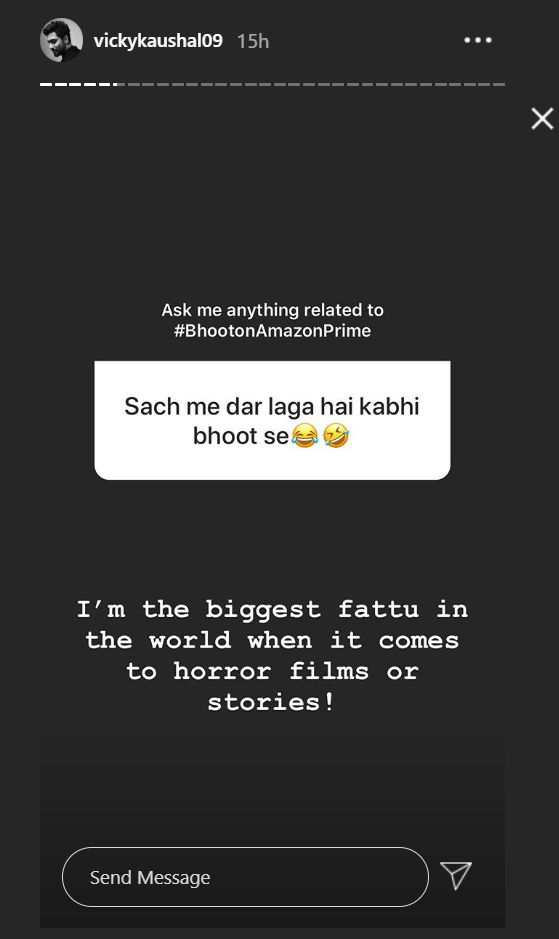 A fan also asked whether he was scared while shooting for the movie Bhoot Part One: The Haunted Ship. He shared a video where he is shooting for a scene underwater. The trainer can be heard saying that there will be moments when he will feel he is going to die. Vicky captioned it by saying that,

Quite difficult to not feel scared after hearing that! 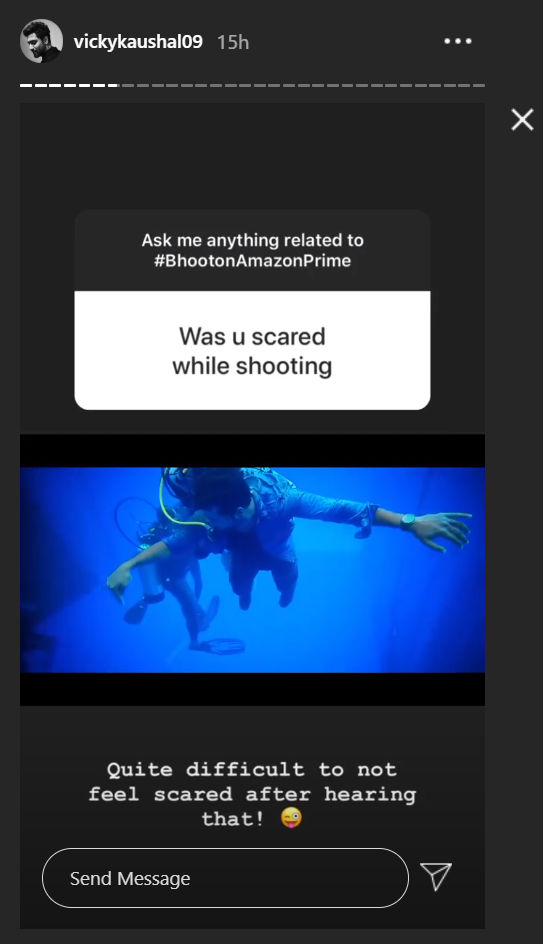 One of the funnier questions posed on Vicky Kaushal's Instagram story was whether he has ever run towards the bathroom and also while he was coming back just because he was afraid. The actor added a laughing emoji to that and said that he has done that many times. He wrote, "Bohot baar". Vicky went ahead and shared many stories of people watching the movie Bhoot Part One: The Haunted Ship, as it has now released on Amazon Prime Video. 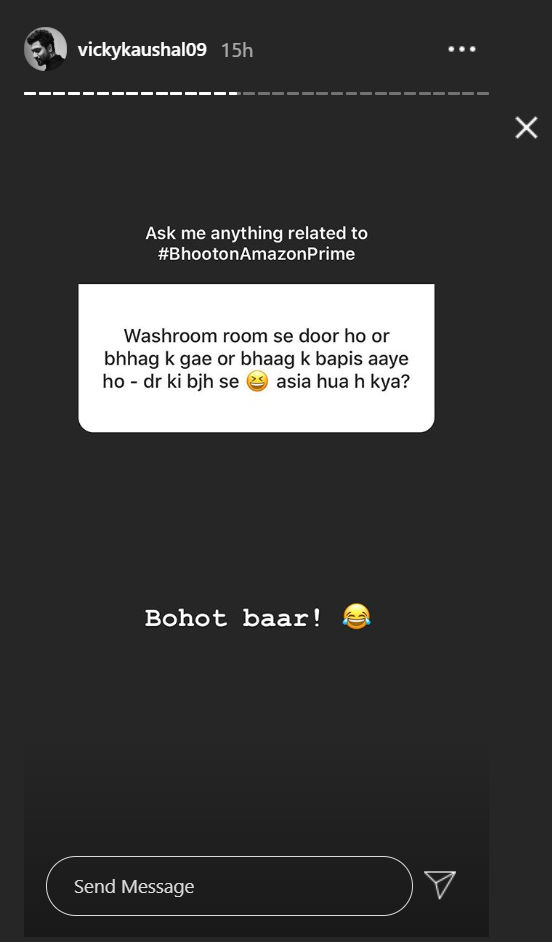 ALSO READ | From Shraddha Kapoor To Vicky Kaushal; How Celebs Are Celebrating Nature Amid Lockdown

PEOPLE HAVE PLEDGED SO FAR
LATEST NEWS
View all
1 hour ago
Lisa Haydon flaunts sunburn after hiking at a scenic spot in Hong Kong; See pic inside
1 hour ago
Raveena Tandon compares her latest pic alongside Sonali Bendre with poster of 'Keemat'
1 hour ago
Unseen Pic of the Day: Baby Deepika is all smiles in her mother's arms
59 mins ago
'Man isn't a season, yet he changes': Anupam Kher ponders over the nature of change; Watch
3 hours ago
Wajid Khan's demise: A.R. Rahman pays tribute to music composer with a special picture