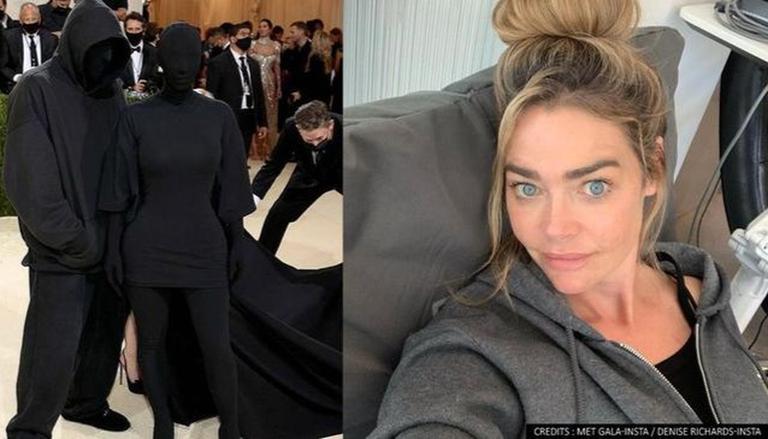 
Met Gala 2021 In Pictures: Celebrities Channel 'In America: A Lexicon Of Fashion'

It is showering designer outfits in New York City with star-studded events. Here are the best dressed A-list celebs who stunned at Met Gala 2021. Read More.

A few days ago, Charlie Sheen and Denise Richards' eldest daughter Sami Sheen made explosive claims about being 'trapped' in an 'abusive' household with her mother. Charlie Sheen responded to his daughter's claim and confirmed that she was currently staying with him. As per a source Richards' has now reacted to her daughter, Sami's claims and is deeply saddened by the situation. Read More.

American singer Nick Jonas is currently sending Indian social media into a frenzy with his latest fashion choice. The main singer of the popular band Jonas Brothers is busy travelling from one venue to another for the band's tour 'Remember This Tour'. Apart from setting the stage ablaze with his powerful vocals and energetic performance, Indian fans have been captivated by the young singer because of his peculiar shirt design. Read More.

After a year and a half of hiatus, the Met Gala 2021 rolled out on 13 September 2021, Monday, and was a night full of fashion. The event took place in the Metropolitan Museum of Art in New York and the theme of this year's exhibition was "In America: A Lexicon of Fashion." The theme was set to honour legendary American designers and their impact throughout fashion's history. Rapper/singer Lil Nas X made heads turn as he arrived at the event and pulled off three golden regal outfits. The rapper went all out with his royal galore as he made his Met Gala debut. Read More.

READ | Jungle Cruise to release in India, Nolan set for next film | Hollywood recap for Sept 9

Was Kanye West The Mystery Man With Kim Kardashian At Met Gala 2021?

After their 'remarriage' in a mysterious listening event for Donda, did estranged couple Kim Kardashian and Kanye West reunite once again at the Met Gala? Several netizens felt that the duo appeared together at the New York fashion event on Monday. Right from expressing their surprise to guessing the 'best way for exes to meet', there were different kinds of reactions. Read More.