Miley Cyrus and Cody Simpson pose together again but this time in a risque photo on Instagram. Read on to know more in details about what their pose was about.

Miley Cyrus and Cody Simpson seem to be the talk of the town currently. The alleged couple is almost always seen painting the town red with their pictures together. Cody and Miley have recently given another treat for their fans to gorge on. This time the alleged couple are posing together in a super-risky way.

Cody Simpson took to his Instagram to post a monochrome picture of him and alleged girlfriend, Miley Cyrus. While Cody was posing shirtless, Miley was sporting a racy outfit. However, what really caught the attention in the picture was Miley holding a pair of scissors dangerously close to Cody’s head of shaggy hair. Miley is standing while Cody is kneeling down with his chin on Miley’s thigh. This was just one of the picture. (Image source: Cody Simpson Instagram)

Also Read: Miley Cyrus Reveals Why She Was Not Invited At Grammy Awards 2020

The other picture of Miley Cyrus and Cody Simpson showed, the American singer chopping off her alleged boyfriend’s shaggy locks. Cody captioned the post as, “You doing Superbowl we doing supercuts”. He referred to the Super Bowl which aired on Sunday night. (Image source: Cody Simpson Instagram)

Miley Cyrus also took to her Instagram story to share the same post. However, she had captioned it differently than Cody Simpson. She also posted another photo of hers from the same time, posing in front of the mirror alone. 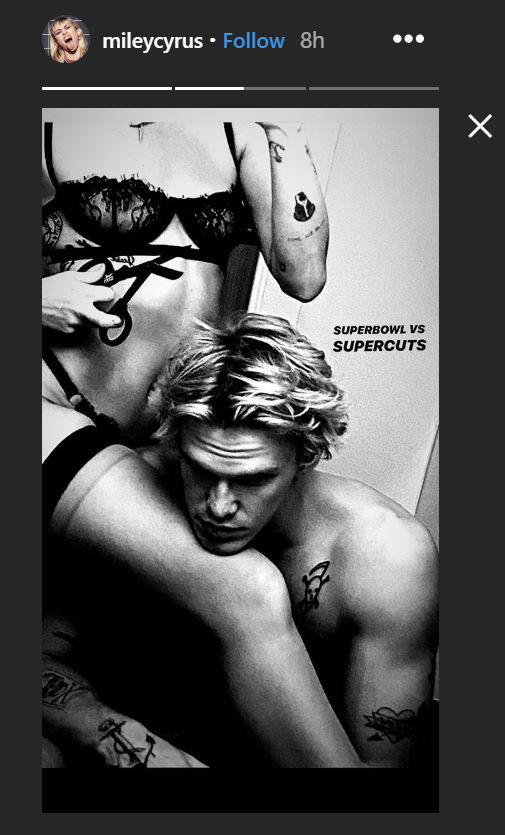 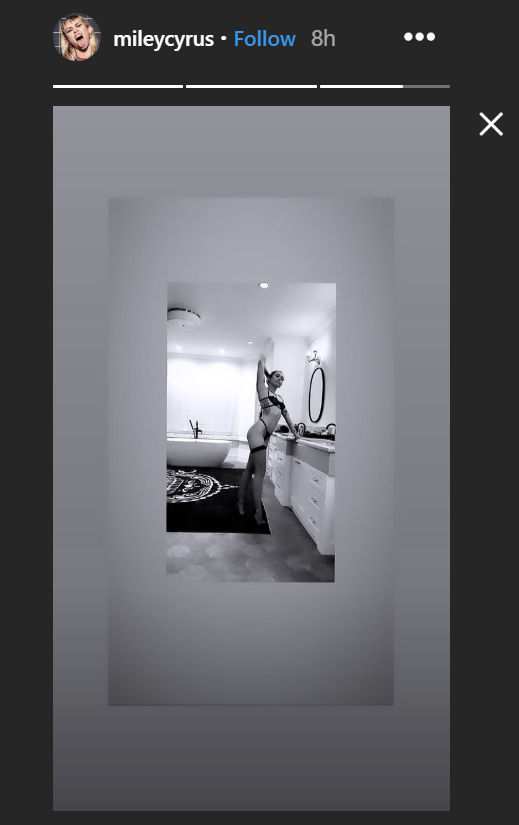 Also Read: Miley Cyrus And Other Hollywood Celebs Who Have Immense Love For Their Pets

There were countless other times when the lovebirds posed together for the camera. Reportedly, Cody Simpson’s last song Golden Thing was inspired by Miley Cyrus. According to reports, they are also collaborating for a music album together currently.

Also Read: Miley Cyrus Trolled By Fans Online After She Calls Herself 'punk' In A Caption

Also Read: Miley Cyrus Is Reportedly Coping With Liam Hemsworth Divorce By Doing THIS; Details Inside