Tom Holland Is Unable To Get Out Of His Spiderman Avatar; Wears A T-shirt Doing Handstand

In a video gone viral, Tom Holland is seen still stuck in his Spiderman avatar. He puts on a t-shirt while performing a handstand. Read on to know more.

After starring as the Marvel hero Spiderman on screen, Tom Holland seems unable to get out of character. In a recent video posted on his social media handle, he seems to be testing whether his spidey-skills are still working. Tom tried to put on a T-shirt while doing a handstand on his Instagram story that has now gone viral.

Recently on his Instagram story, Marvel's Spiderman, Tom Holland seems to be putting his spidey skills to test. In a series of videos, he tried to put on his T-shirt while doing a handstand. Not to mention, fans also got a glimpse of his toned abs while the actor shared his fitness routine. 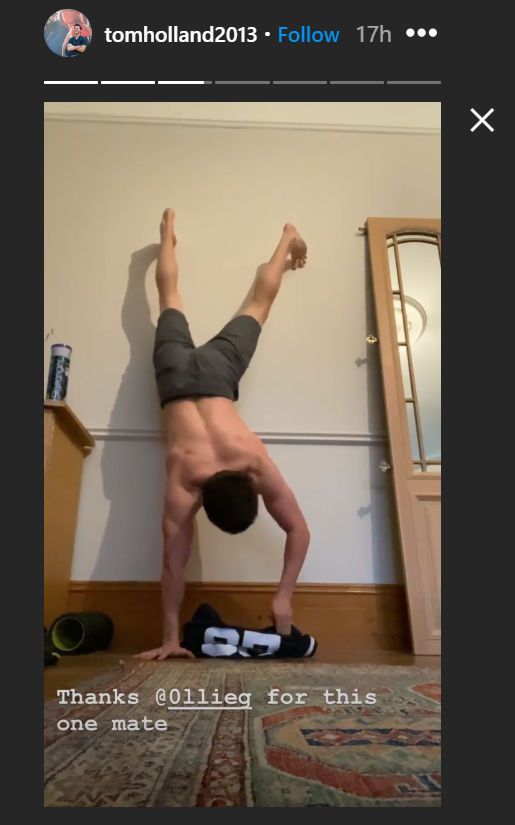 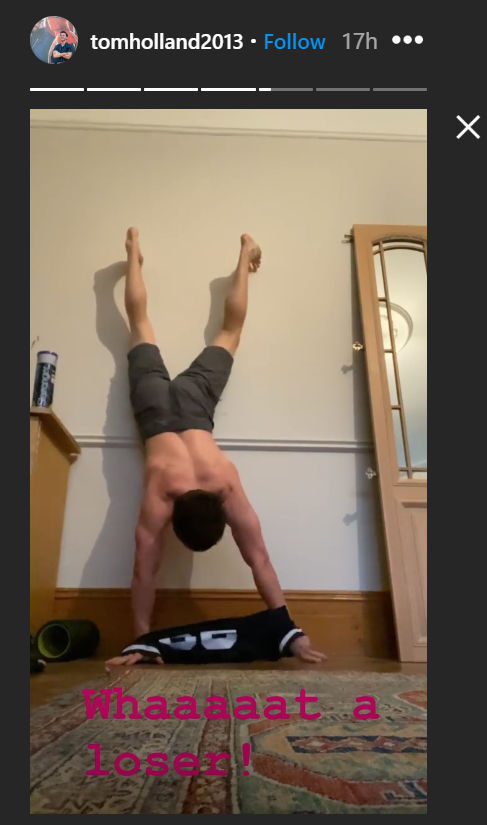 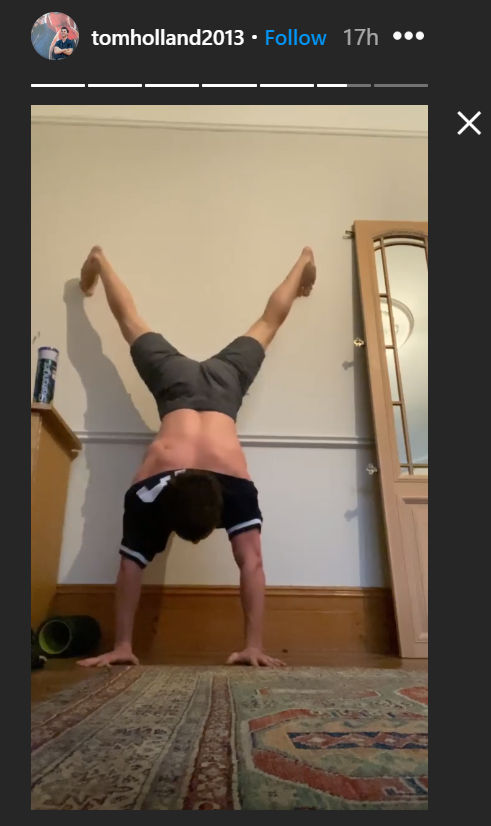 Also Read: Tom Holland Claims To Know 'everything About Spider-Man 3' & This Time He 'won't Spoil It' 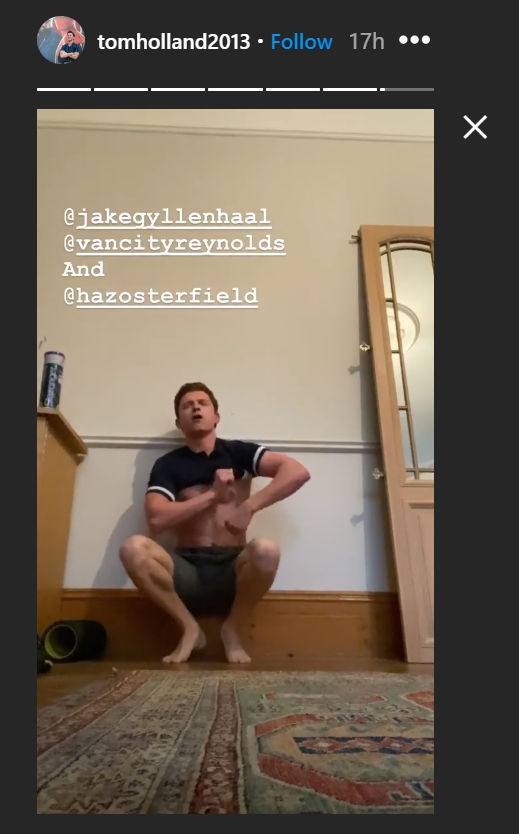 Also Read: Tom Holland Addresses The Viral 'Back To The Future' Fake Clip And A Potential Remake

i give you: this. on loop pic.twitter.com/gzHGLZ40XH

This video of Tom Holland seems to be a part of the many ongoing challenges that people are taking up to pass time while in quarantine. Apparently, Tom was challenged to it by one of his friends. Meanwhile, Tom himself tagged Jake Gynelhall, Harison Osterfield and Ryan Reynolds for the challenge to keep the trend going.

For more news on Tom Holland, he is currently gearing up for the third installment of Marvel's Spiderman franchise. The shooting is supposed to begin in July in Atlanta as revealed by Holland himself in an interview with an international daily. He does not reveal much about the plot, although adding that Zendaya will surely be in it while the relationship between MJ and Peter is still in question. Marvel's Spiderman 3 is slated to hit the theatres in July 2021.

PEOPLE HAVE PLEDGED SO FAR
LATEST NEWS
View all
11 hours ago
Lili Reinhart, Lily Singh, Ellen DeGeneres and others who have made their sexuality public
10 hours ago
'Tiger King' Joe Exotic requests pardon, says he is being ill-treated in prison; Read here
9 hours ago
Hasan Minhaj's anti-racism video praised online, netizens call it 'most powerful message'
12 hours ago
Cara Delevingne says she identifies as pansexual, says 'I fall in love with the person'
6 hours ago
Fan theory predicts Chris Hemsworth's exit from MCU & an epic storyline for 'Avengers 5'