Camila Cabello is celebrating her 23rd birthday today i.e. on March 3, 2020. The Senorita singer left her fans astonished by sharing her first 'nude picture' on the internet on the occasion of her birthday. Fans of Camila Cabello were surprised and amused after looking at the picture.

Camilla shared an adorable childhood picture of her. In the picture, baby Camila Cabello is only wrapped in a blue towel. Fans who imagined that the picture will be scintillating and sizzling laughed out loud immediately after looking at it. They shared their thoughts on the same in the comments section. Fans found the picture very cute and adorable. They filled her comment section with praise. Fans also wished her a happy birthday and showered her with good wishes.

Here’s how fans are reacting 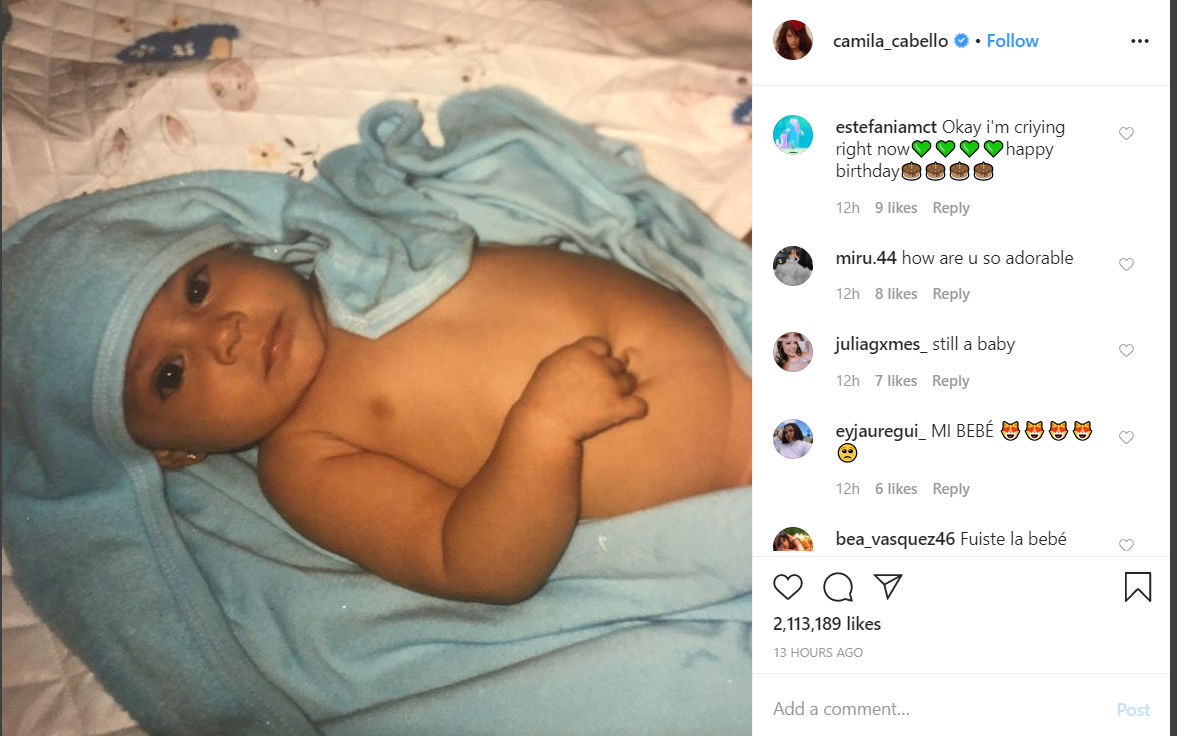 Camila Cabello rose to prominence as a member of the girl group Fifth Harmony which was formed on The X Factor USA in the year 2012. She reportedly left the band due to creative differences. After leaving Fifth Harmony, Camilla delivered hit solo numbers like I Know What You Did Last Summer, Bad Things, Senorita and many more.

Camila Cabello's relationship with Shawn Mendes has made headlines several times. Fans love to see the duo together. Recently, Shawn Mendes flew down from London to be with Camila Cabello on Valentines Day. Have a look at their adorable picture here: