Harry Styles recently released the music video of his song Watermelon Sugar. The video is made in a 90's style montage with Styles singing the song. Watch.

While the whole world is maintaining social distancing, it is only Harry Styles who can bring out a video and dedicate it to 'Touching'. The ex-One Direction member and singer came out with the music video of his song Watermelon Sugar. While the song tunes and lyrics are quite catchy, the music video certainly gives a rather sensual edge to it.

The music video of Watermelon Sugar reminds one of the days on the beach and freshness of the watermelon fruit. Fans of One Direction might also remember one of the initial Harry Styles' videos of What Makes You Beautiful along with his band, which was also picturised on the beach. The video starts with a dedication which claims that it is dedicated to 'Touching'. Harry Styles was careful about this and had tweeted his fans to maintain social distancing as he shared the video on his Twitter account:

DO NOT TRY THIS AT HOME. Practice social distancing. Watermelon Sugar Video Out Now.https://t.co/CFnaJ3JpFb pic.twitter.com/jUjdOxFN1i

The video starts with a table standing on the beach with an orange tablecloth with some fruits, teacups and juices on the table. Harry walks into the frame with a matching netted tank shirt. He is wearing sea blue glasses which blends in beautifully with the bluish background. He sits down on the table where there is a piece of watermelon sitting on a plate. He starts singing his song. The visuals of him throwing back his head and enjoying the beach are very reminiscent of 90s video recordings due to its sepia tinge. 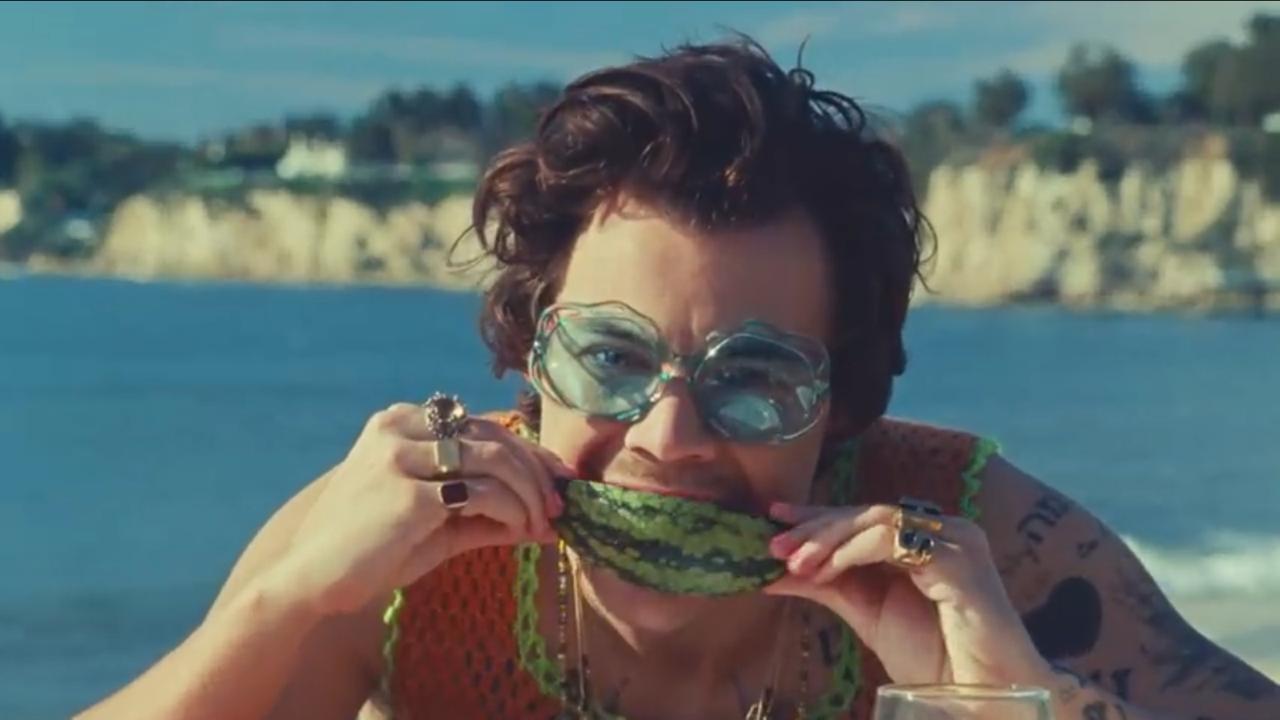 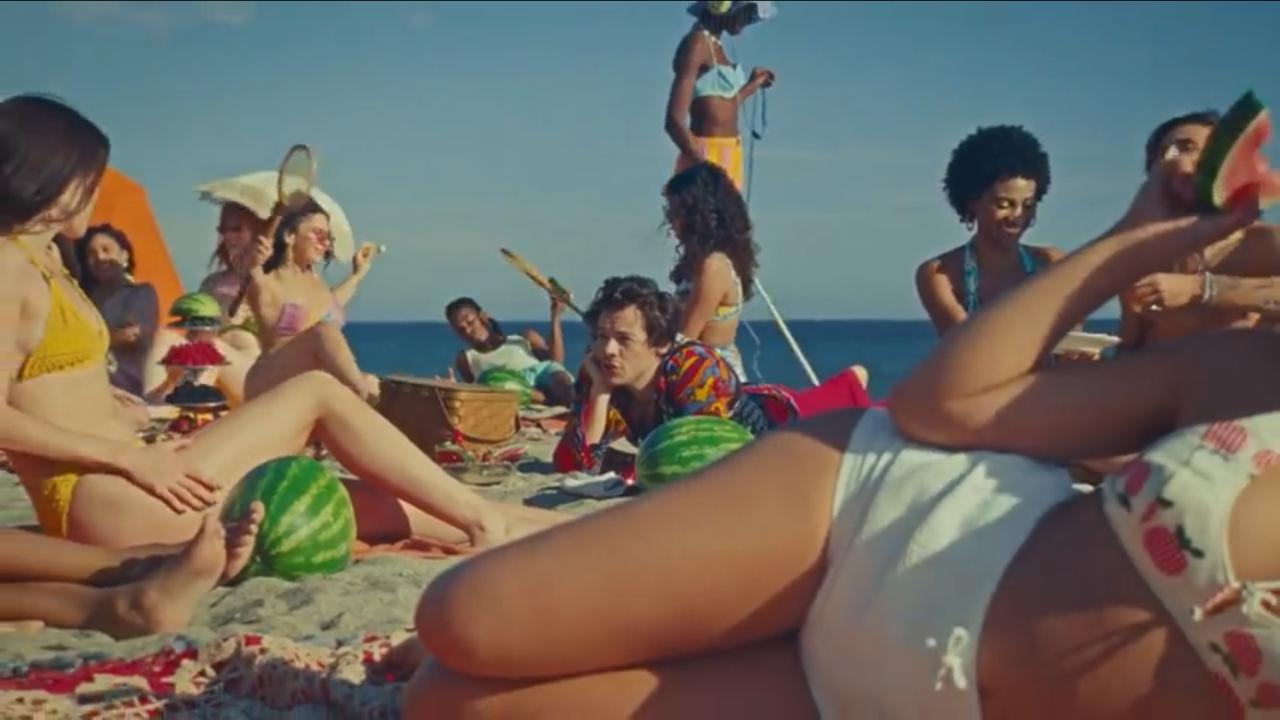 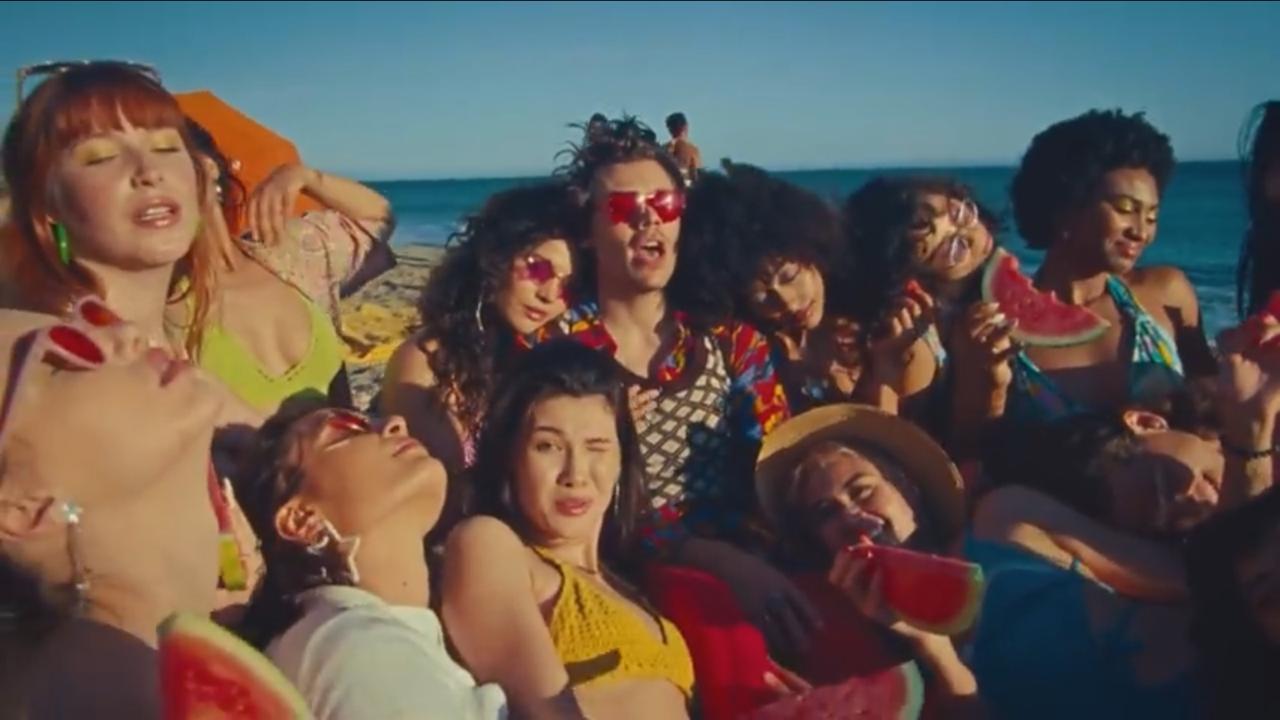 ALSO READ | Harry Styles has sported some iconic hairstyles since his One Direction days, see pics

The 90's theme montages begin once again as Harry sings along his song. He is fed watermelon, strawberries and raspberries as the women in the video enjoy the song and dance to its hippy tunes. The models then sit together to pose with Harry for a picture and Harry Styles turns his goofy self as he keeps singing his song. They start playing with the watermelon once again as Harry laugh and enjoys his time with the others. 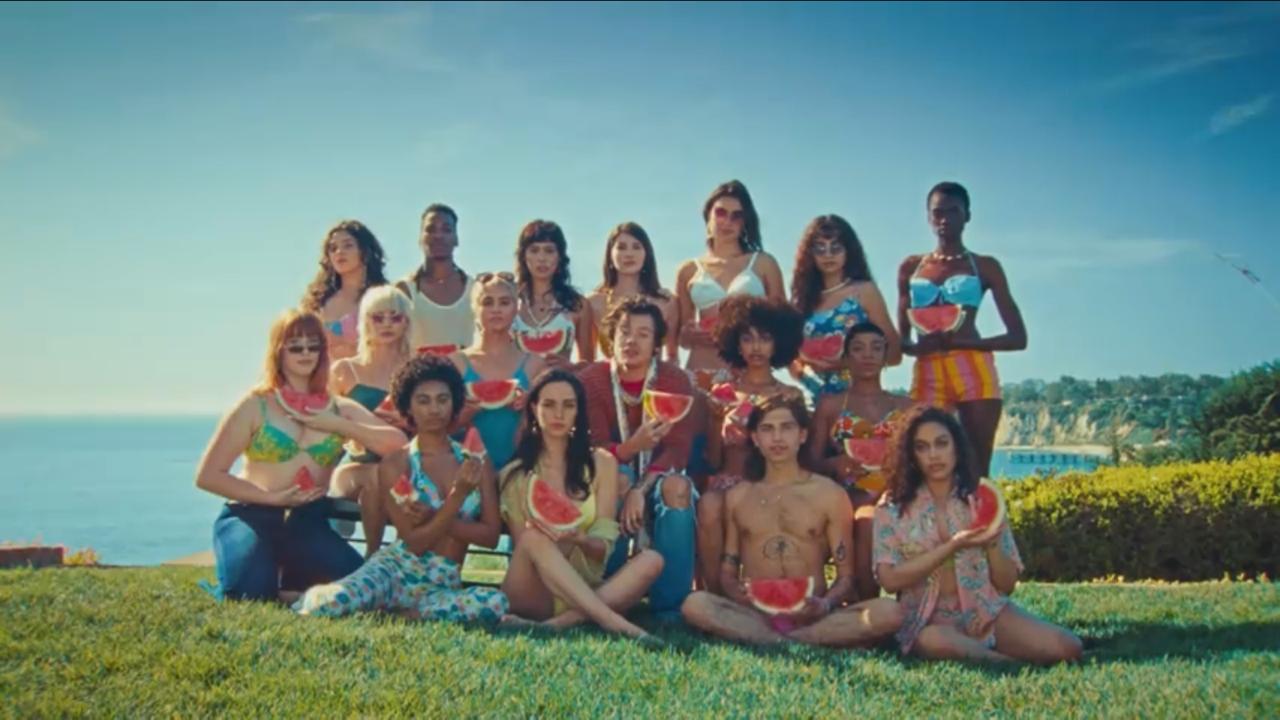 There are also scenes of Harry wearing a yellow shirt with white flowers on it as they all jump in the water. They splash the water on each other and enjoy themselves. The video is refreshing to see during the lockdown period as it makes one long for a day out on the beach. It also has some underlying similarities with DNCE's Cake By The Ocean, though the latter is more of a carnival video. 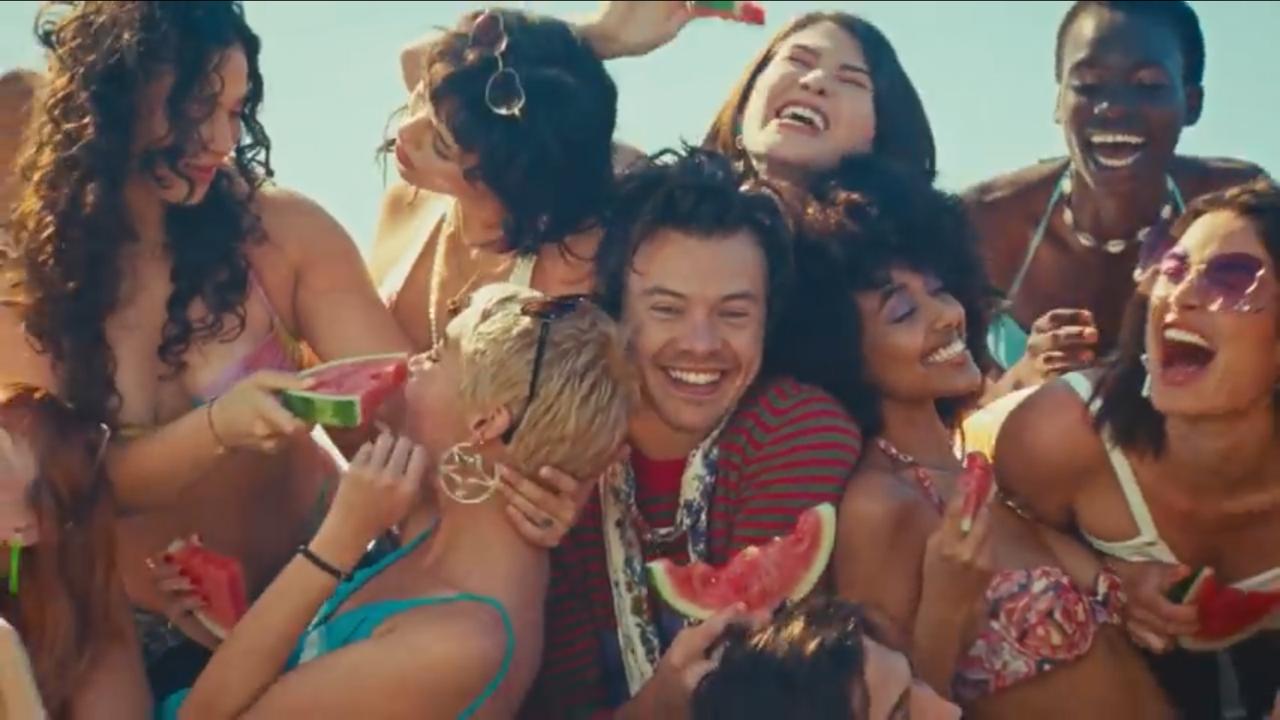