Dulquer Salmaan took to Instagram to thank Kerala's Chief Minister Pinarayi Vijayan for his help to the Malayalam film industry. Read more about his post here.

Dulquer Salmaan has worked predominantly in the South-Indian film industry, especially Malayalam films, and is one of the most popular actors in India. The OK Kanmani star is quite active on Instagram and enjoys a following of 7 million people on the social networking site. Read on to know about Dulquer Salmaan's Instagram post thanking the Kerala CM Pinarayi Vijayan for his help towards the Malayalam film industry.

Also Read | Did You Know Dulquer Salmaan Signed Up For 'Parava' Without Knowing His Role?

Actor Dulquer Salmaan recently shared a post on the social networking site and expressed his gratitude for Kerala CM Pinarayi Vijayan. The Zoya Factor actor posted a picture of the Chief Minister and wrote, "Lots of respect going out to our Honorable Chief Minister Shri Pinarayi Vijayan for his efforts to breathe life back into the struggling Malayalam film industry. The COVID19 pandemic hasn’t been easy on anyone and I sincerely hope his efforts will help pull everyone in the industry back on their feet."

Dulquer even added hashtags in the caption including superstar leader, grateful, blessed, restart, and cinemas. You can see his Instagram post here.

Dulquer posted this picture and thanked the Kerala Chief Minister Pinarayi Vijayan for his work towards the Malayalam film industry, especially in the times of coronavirus. The Kerala CM posted a tweet saying that entertainment tax would not be taken from theatre owners from January to March 2021 and the fixed electricity charge would drop to 50% for the 10 months that cinema halls weren't functioning. He further added that the validity of various licenses would be extended as well. He concluded the tweet by saying that the entertainment industry will play a crucial part in the recovery after the pandemic. You can see his tweet here.

Also Read | Dulquer Salmaan & Co-stars Had To Be Part Of A Grooming Camp Before THIS Film, Read Trivia

Exempted cinema theaters from entertainment tax from Jan to Mar(2021).

Fixed electricity charges reduced by 50% for the 10 months during when theatres were closed. Validity of various licenses extended.

Our creative industries will play a crucial part in the recovery.

Dulquer Salmaan's post showing his gratitude to the Kerala CM garnered more than 152k likes within a few minutes of posting it. Most of the comments on the post were the heart and heart-eyed emojis for the actor and the Kerala CM. While one fan commented saying, "Respect", another one wrote that he is eagerly waiting for Dulquer's next film, Kurup. You can see some of the comments here. 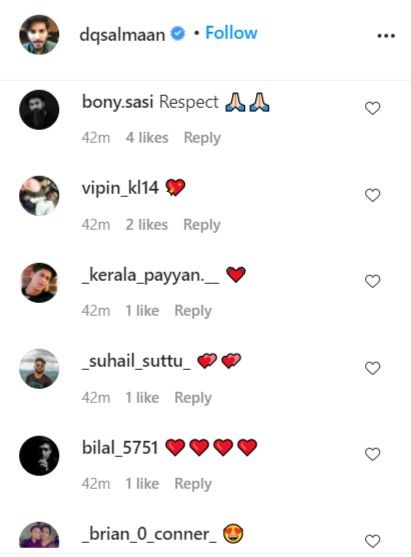 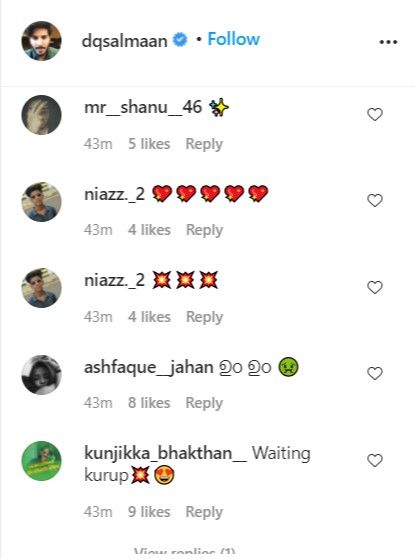