Mujhse Shaadi Karoge had a hasty finale yesterday. Paras Chhabra walked off the stage with Aanchal Khurrana as his partner& Balraj Syal confessed his love.

After winning hearts in Bigg Boss 13, Shehnaaz Gill and Paras Chhabra had ventured to find their life partners in the reality swayamvar show, Mujhse Shaadi Karoge. Starting with Shehnaaz  Gill's fans trying to ban the show to Paras Chhabra walking away while the host was speaking, the show had its fair share of controversies. Mujhse Shaadi Karoge also came to an abrupt end yesterday night as it aired a hasty finale, the reason being the Coronavirus outbreak in the country.

After some deliberation, Paras Chhabra chose Aanchal Khurrana as his partner in Mujhse Shaadi Karoge. The two had shared a close bond in the house and so even if the show ended suddenly, Paras' decision did not seem sudden at all. All the contestants came out of the house yesterday and posted pictures on their respective social media about the shoot wrapped up. Sanjjana Galrani, a contestant on Mujhse Shaadi Karoge, shared a picture on her Instagram story saying how much she will miss Paras Chhabra and the show. 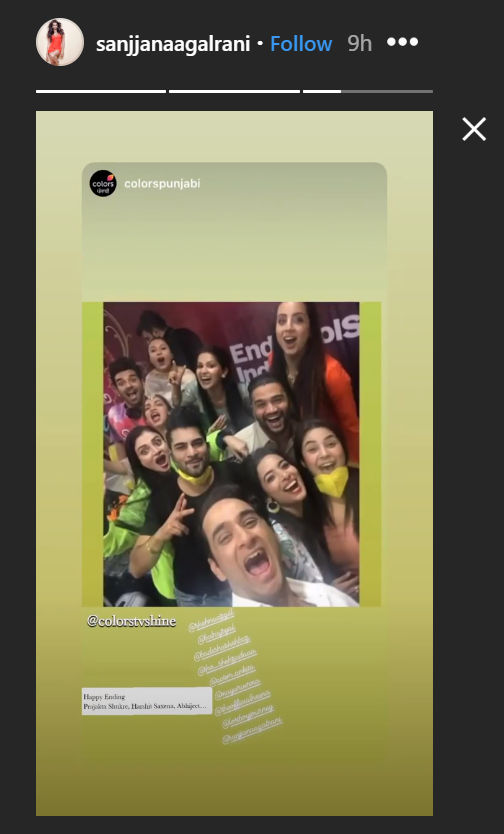 On the other hand, another contestant on Mujhse Shaadi Karoge, Balraj Syal had fallen in love with co-contestant, Ankita Srivastava. Things were seen cooking between the two for quite some time on the show. Yesterday, in the finale, the two confessed their love for each other and walked off happily.

Shehnaaz Gill, however, did not choose any partner for herself on Mujhse Shaadi Karoge. The reason being obvious, she is in love with co-contestant on Bigg Boss 13, Sidharth Shukla. Sidharth and Shehnaaz's bond on the reality show was very popular and their fans had dubbed them #SidNaaz.

In other news, both the contestants of Mujhse Shaadi Karoge, Paras Chhabra and Shenaaz Gill are gearing up for the release of their respective music videos. Paras will be seen along with his Bigg Boss 13 co-contestant, Mahira Sharma in the track called, Baarish. Neha Kakkar's sister, Sonu Kakkar has lent her voice to the song along with Nikhil D'Souza while the track has been composed by Tony Kakkar.

Shehnaaz Gill will be seen with Sidharth Shukla in a video sung and composed by Darshan Rawal. The track is titled Bhula Dunga. The lyrics have been penned down by Gurpreet Saini and Gautam Sharma. The choreography of the music video has been done by Punit J Pathak.