Amidst the COVID-19 lockdown, Indians are trying a few things out to keep themselves busy. These things include exercising, art creation, cooking and other things. Netizens, as well as celebrities, are posting videos and photos of their quarantine schedules on their social media handles. Recently, the official social media of Netflix posted several memes. Read on to know more details about these Sacred Games memes:

Sacred Games memes first surfaced back when the first season of this thriller show was aired on Netflix. Fans loved the show and memes related to its characters like Ganesh Gaitonde quickly took off. Now, Netflix has come up again with new Sacred Games memes to engage its followers and viewers. Take a look at some of the hilarious lockdown cooking Sacred Games memes: 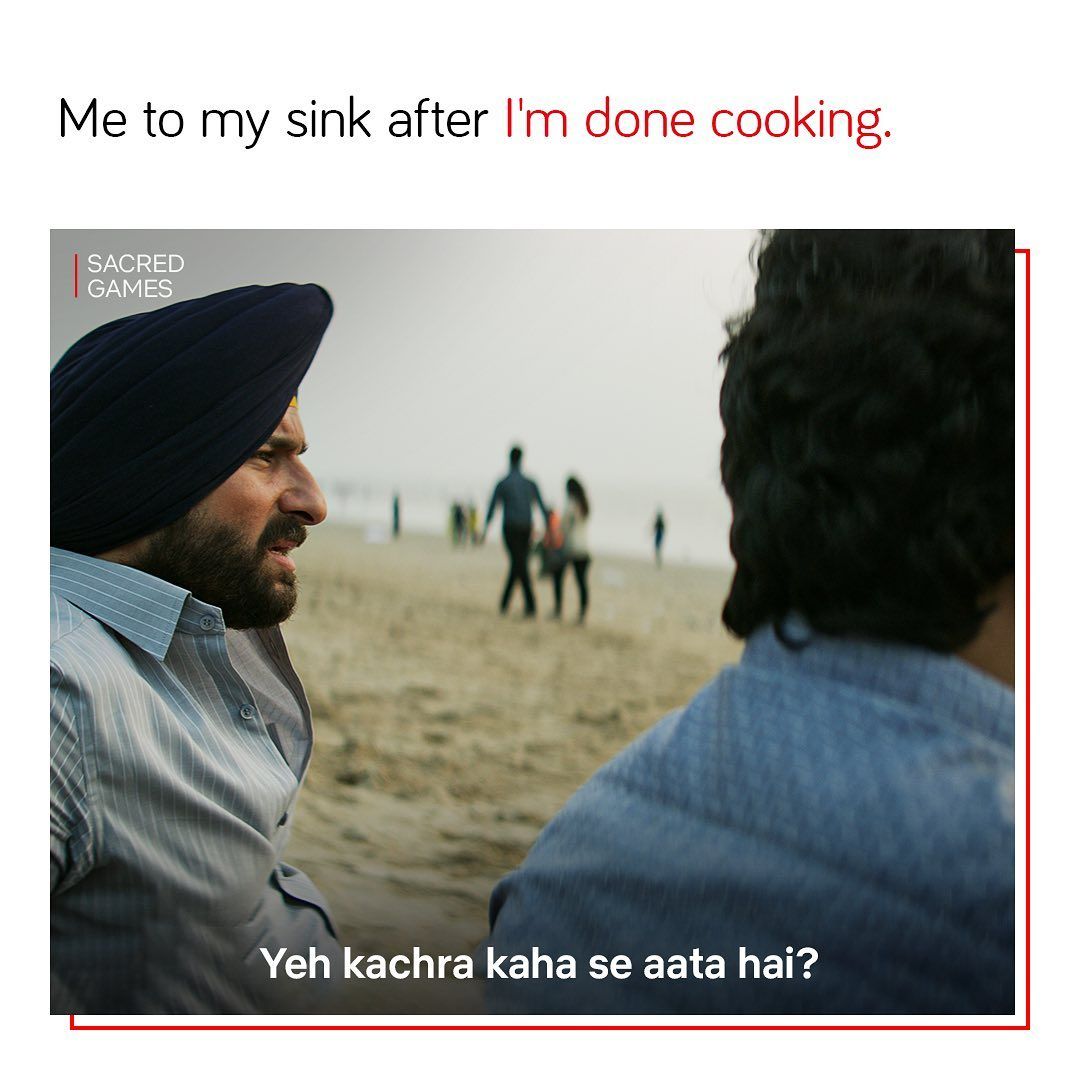 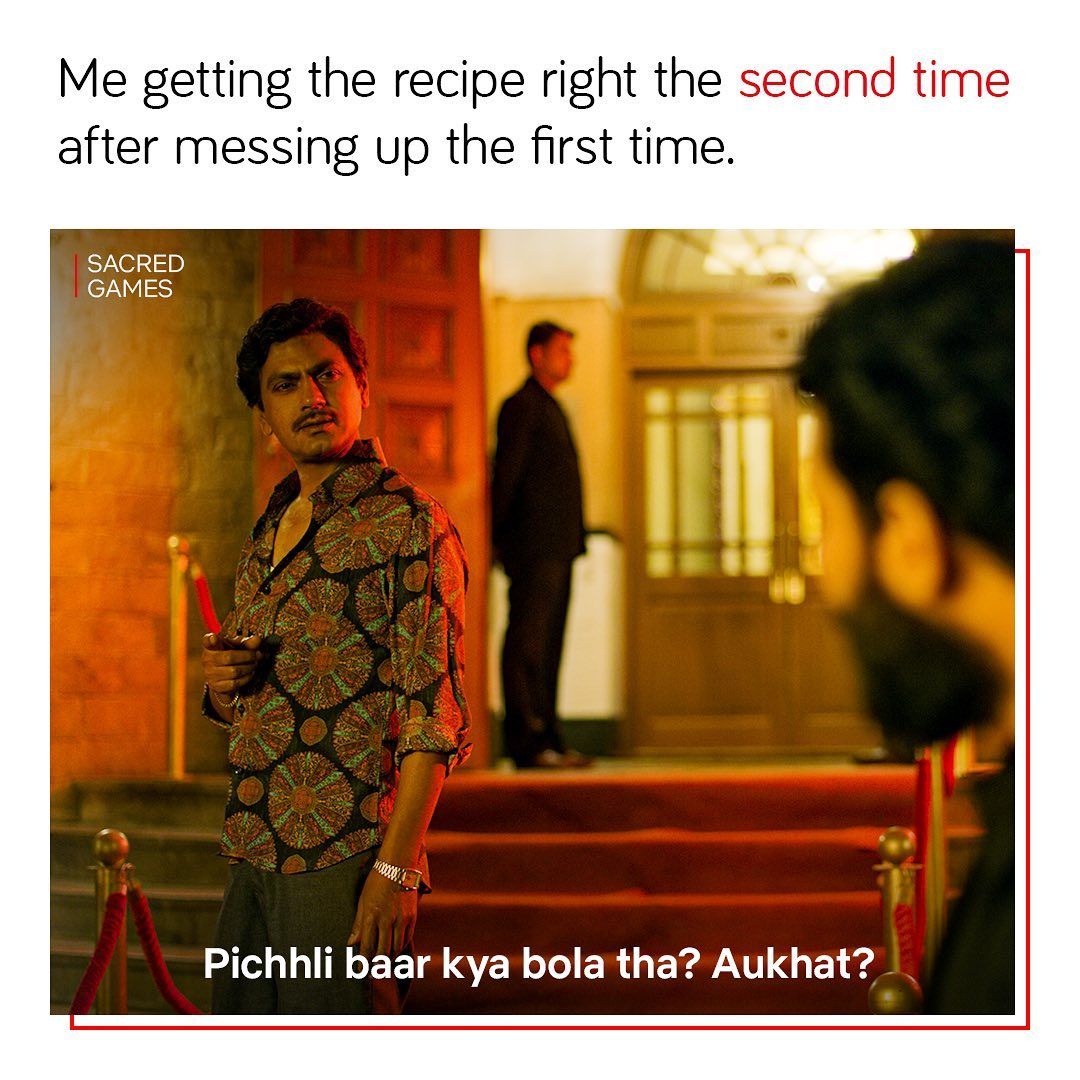 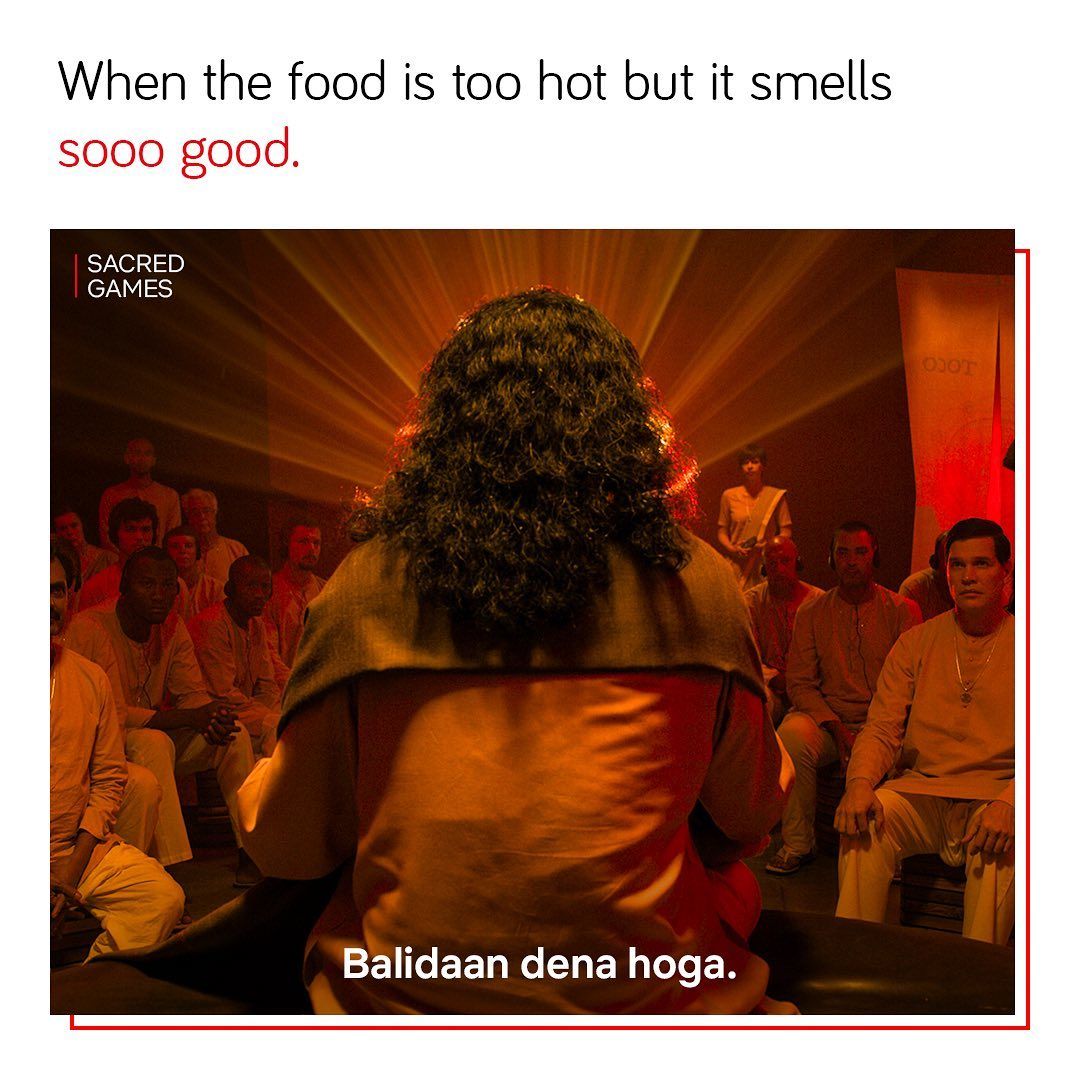 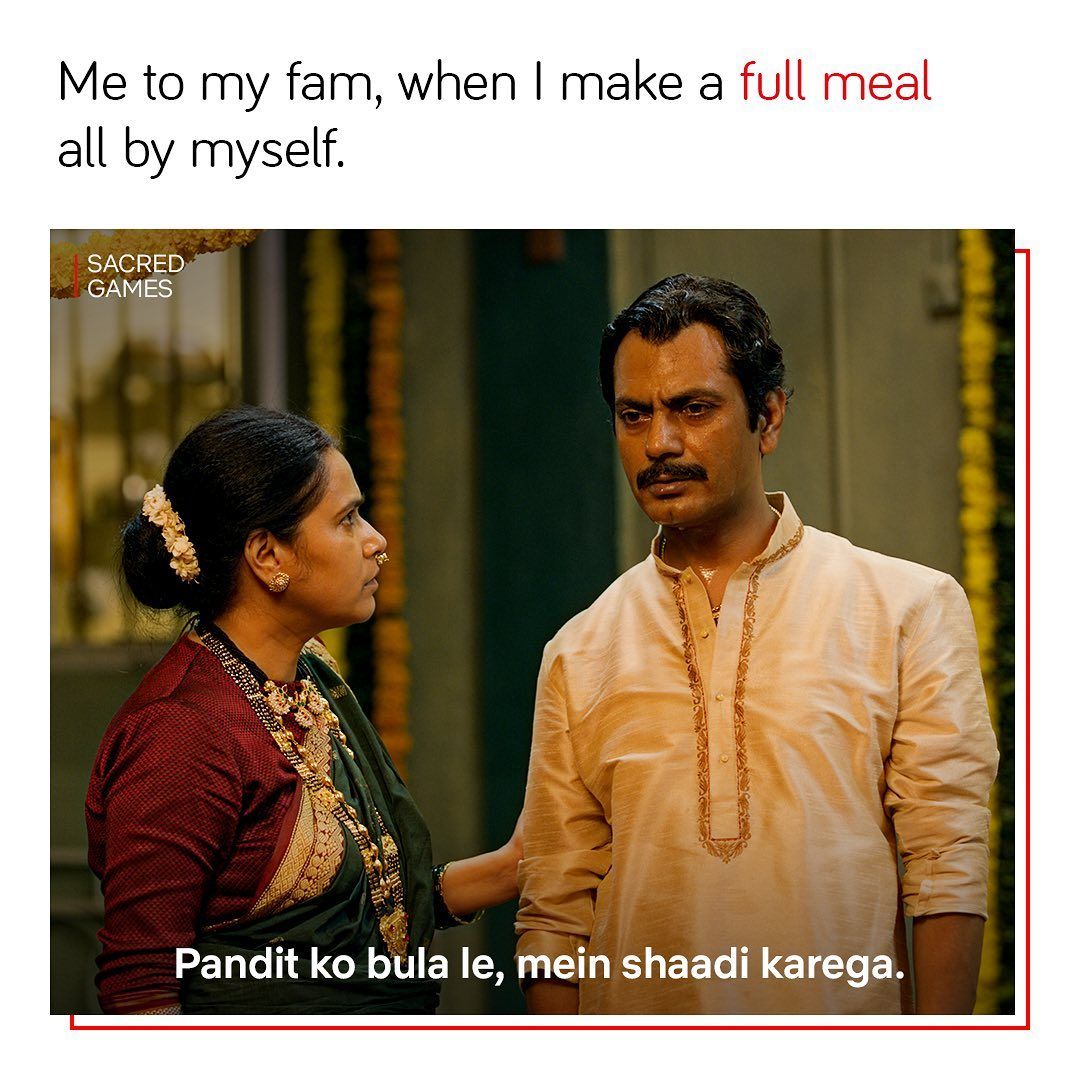 ALSO READ | Chris Evans Gives His Dog A Haircut, Says 'I Assured Him I Knew What I Was Doing' 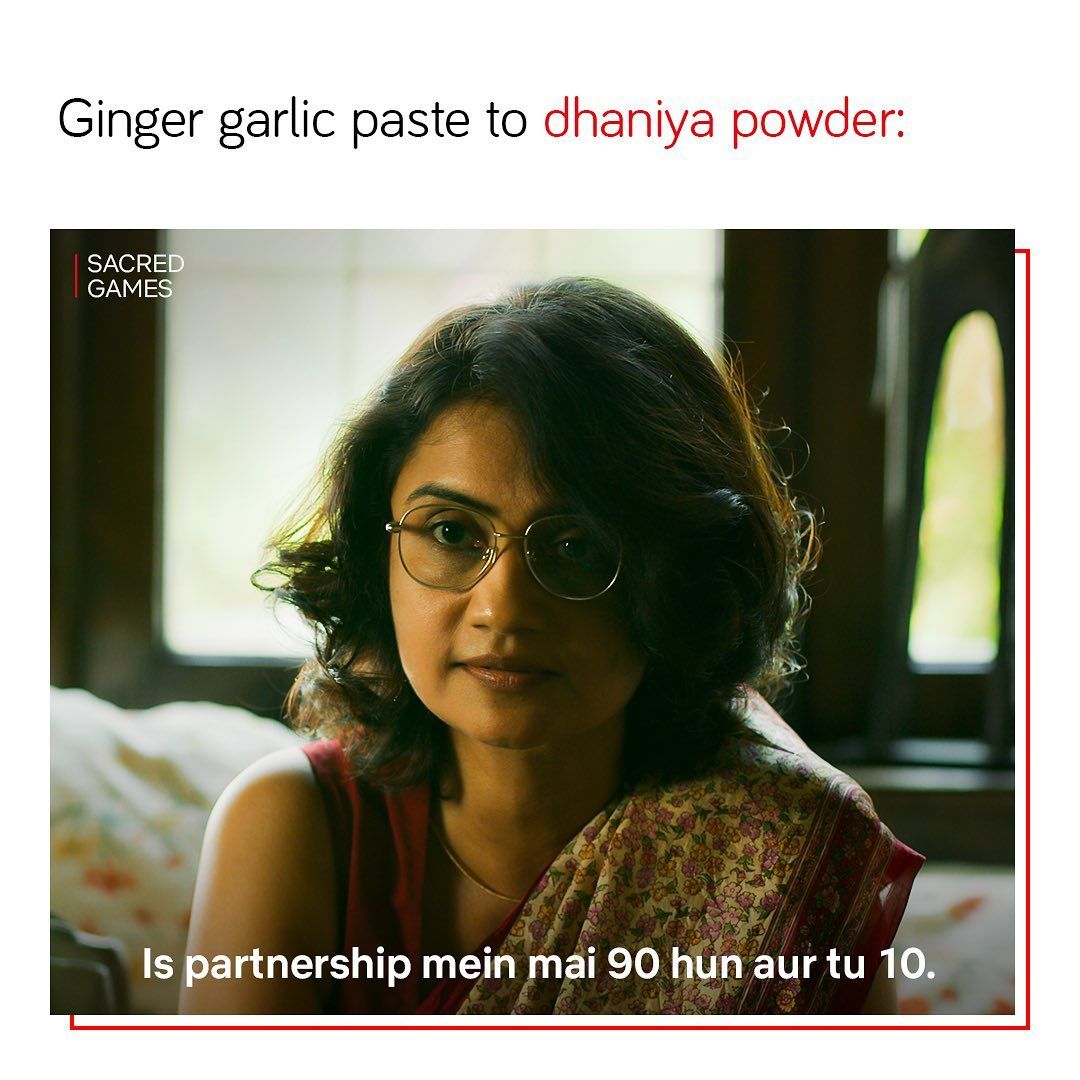 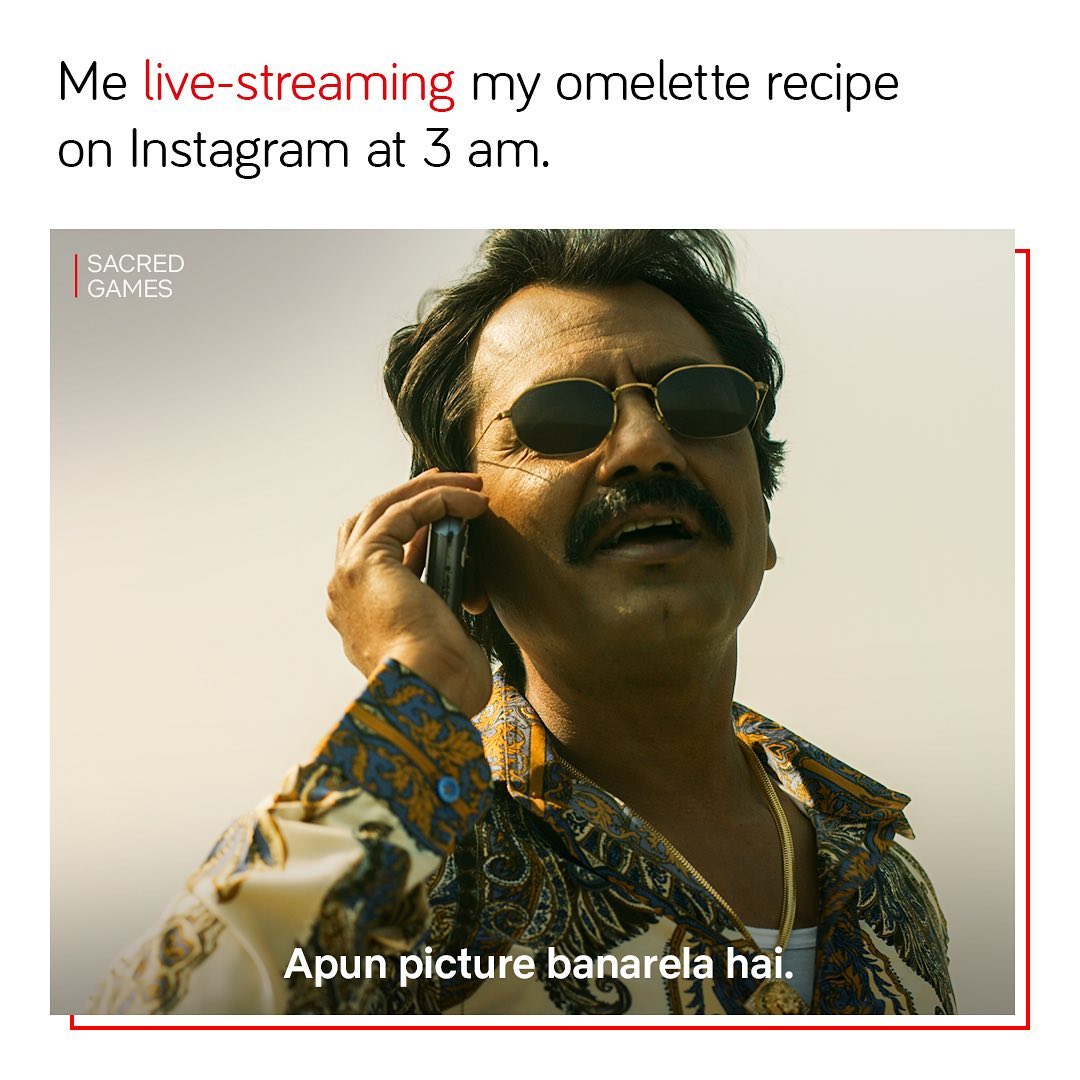 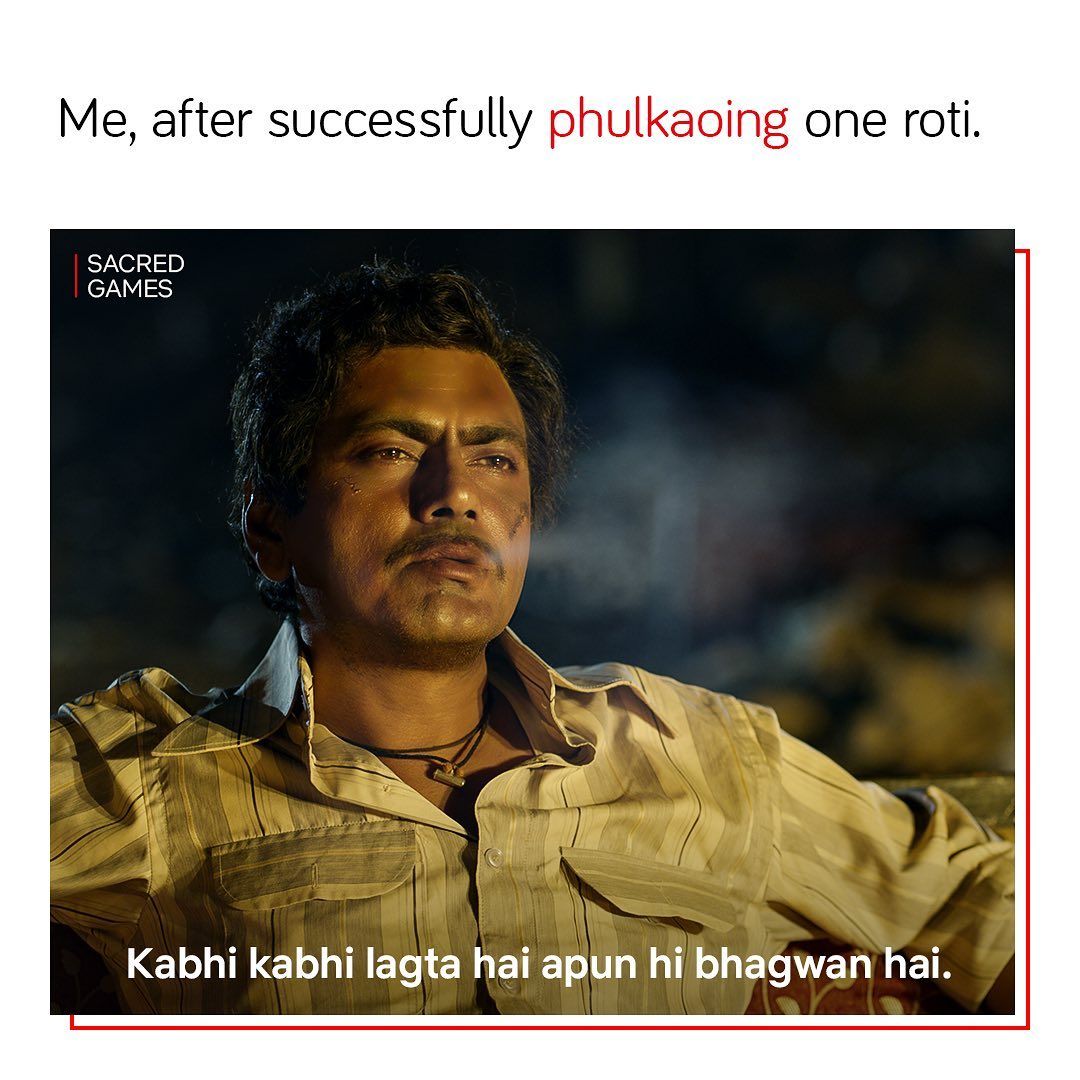 Sacred Games is one of the most popular Netflix shows of 2018 and 2019. It was nominated for Emmys and is directed by one of the most critically acclaimed Indian directors, Anurag Kashyap, who is known to have made several offbeat, unconventional movies in his career, like Gangs of Wasseypur, No Smoking and Black Friday. Sacred Games features Saif Ali Khan, Nawazuddin Siddiqui, Pankaj Tripathi, and Neeraj Kabi in prominent roles. It is based on a novel of the same name. The series has an open ending and it was praised by critics.

Ayushmann Khurrana Opens Up About A Disturbing Casting Couch Experience

PEOPLE HAVE PLEDGED SO FAR
LATEST NEWS
View all
1 day ago
Will Saif Ali Khan be able to lead 'Space Force' as well as Steve Carell? See full cast
16 hours ago
Karan Wahi describes 'Do Khiladi Problem Bhaari' in Raftaar-Krsna's rap song 'Chaukanna'
1 day ago
'Snowpiercer': From Jennifer Connelly to Rowan, know the dystopian show's cast's net worth
1 day ago
Is fantasy thriller 'Siren' 4 on the cards? Know more about the renewal of the show
1 day ago
Trouble for controversial 'Godman' series; police books director and producer