Fact check: Rumours about 'Jeopardy' host Alex Trebek's death were doing the rounds on the internet, but they have since been proven wrong.

The ongoing coronavirus pandemic has led to a number of fake stories being passed around on the internet. Amidst the fake stories doing rounds on the internet, there are dedicated websites who are focussed upon sharing fabricated news in order to confuse people. Recently, one such site claimed that an important personality of the entertainment industry has passed away.

Also read: Fact Check: Did over 100 doctors die in Italy after being infected with the Coronavirus?

Also read: Fact check: Was the Army deployed in Gujarat due to the coronavirus outbreak?

Alex Trebek might be going through some serious health issues due to pancreatic cancer, But he has come forward in March 2020 and expressed that he is fighting a long battle with utmost strength. The television personality has been fighting a battle since March 2019, when he first started taking chemotherapy for cancer. There have been no reports about Alex Trebek's passing from any trustable source. So the report can be classified as false

Also read: Fact Check: Is the Modi govt offering â‚¹ 15,000 to Indians under a PM scheme amid Covid?

A website named Conservative tears has been notorious in the past to share fake stories about known personalities. They predominantly share death hoaxes and their website has a tagline of 'Death Hoaxes For Your Thoughts And Prayers. The Conservative Tears website first ran the fake story of Alex Trebek's passing which went viral on social media. The story was later shared by a number of questionable websites also. 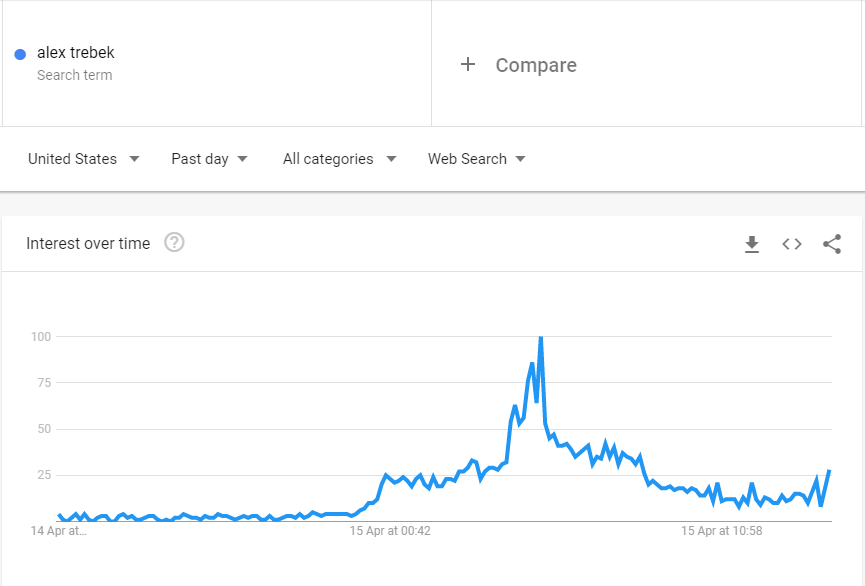 Also read: Fact check: Are Beijing and Shanghai in China not affected by the coronavirus outbreak?