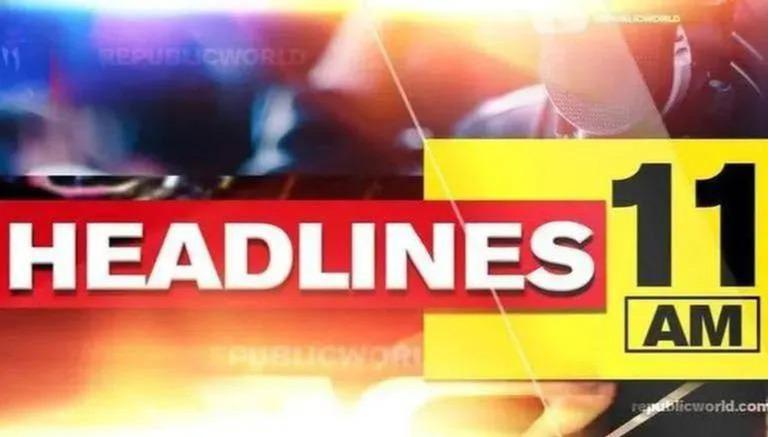 On the occasion of Army Day, Prime Minister Narendra Modi extended his 'best wishes' to the Indian force's soldiers. In a tweet, PM Modi hailed the Indian Army for its bravery and professionalism. This comes as India is celebrating 74th Indian Army Day to honour soldiers who are selflessly serving and have served the nation. Praising the courageous soldiers, PM Modi said: "Words cannot do justice to the invaluable contribution of the Indian Army towards national safety."

In line with the Modi government's 'Make in India' push, the Defence Ministry on Friday decided to withdraw tenders related to the import of short-range surface-to-air missiles, and 14 helicopters. The Centre has started reviewing the import deals that fall under the 'Buy Global' category, which are fully acquired from foreign vendors.

Mistakes Being Repeated; Unnecessary Medication Should Be Avoided: Doctors Write To Govt

As many as 32 prominent doctors from India and abroad have written a letter to the Union as well as state governments and warned about "inappropriate" diagnostic methods and medications being used to deal with the current wave of the coronavirus pandemic.

After Delhi and Punjab, a huge quantity of explosives, suspected to be left behind by Maoists, was found in Odisha's Malkangiri district on Friday, police said. Among the materials found were four tiffin bombs, 20 web belts, 19 jungle caps and a large number of medicines. Superintendent of Police Nitesh Wadhwan informed that the explosives were found in a forest near Maribeda and Nademanjari villages in the Jodamba police station area.

Novak Djokovic Detained In Australia Ahead Of Decisive Immigration Hearing

Novak Djokovic's problems in Australia continue to mount with reports emerging that the Serbian has been detained yet again after the cancellation of his visa. World No 1 was set to begin his quest of defending the Australian Open title only to find walking on a tightrope due to the COVID vaccine issue. This is the second time that Djokovic will be finding himself in detention having earlier gone through the same process during the arrival.

An Indian sculpture dating back to the 10th century was returned to India after being illegally removed from a temple in Uttar Pradesh and discovered in England around 40 years ago on Friday. Yogini, the goat-headed goddess, vanished from Lokhari in the 1980s and reappeared in 1988 on the London art market.

Beginning next week, the US is set to suspend all operations of commercial flights to China in the wake of spiking COVID-19 cases in the Asian mainland. The decision comes as Beijing has shut down several provinces, pushing millions of citizens into strict lockdown to keep coronavirus infections at bay ahead of the Winter Olympics 2022. The flight ban will be applicable from January 19 and continue for at least two weeks.

The relations between the UK and EU have strained because of the trade dispute involving Northern Ireland, and to resolve that, UK Foreign Secretary on Friday stated that there is a "deal to be done," between them. As per the reports of AP News, Truss met European Commission Vice President Maroš Šefčovič, who is the bloc's senior Brexit negotiator. The UK Foreign Minister stated that they had fruitful discussions with the EU. She further said that they are now going into intensive negotiations to strive at a negotiated settlement to sort out the serious difficulties for the people of Northern Ireland.

Tech giant Google on Friday announced a weekly COVID-19 test mandate for all employees or persons entering its offices or facilities in the United States. A memo by the Google office, obtained by CNBC, stated that any person who comes into any US-based site will have to produce a COVID-19 negative molecular test before admitting to the buildings. The new policy implemented in the wake of the skyrocketing COVID-19 cases, coinciding with the Omicron variant, was e-mailed to all full-time employees on Thursday.