CM Punk recently revealed his thoughts about a clash against Stone Cold Steve Austin. He clearly indicated that he is not interested in the fight. Read more.

CM Punk, who is an analyst and special contributor on WWE Backstage, has been in the news ever since he joined the show in November 2019. CM Punk was roped into the show by FOX and not WWE. However, it has raised hopes for his fans who are waiting for his in-ring return in WWE. Meanwhile, CM Punk has not made any indication of returning to the ring.

Retweet if you wanna see that 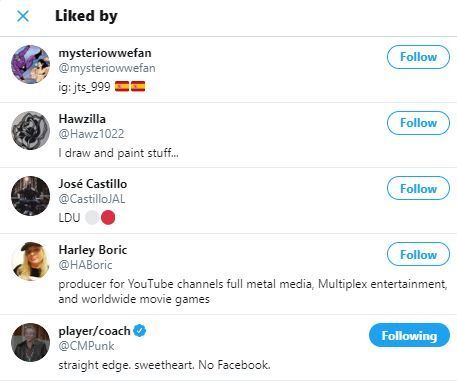 Stone Cold Steve Austin vs CM Punk would have been an interesting clash at the upcoming WrestleMania 36. Fans and wrestling experts have been comparing these superstars over the years on various occasions. Back in 2013, WWE teased a match between these two during the promotion of WrestleMania. Will CM Punk make his return to the WWE ring? Do let us know in the comments section.

PEOPLE HAVE PLEDGED SO FAR
LATEST NEWS
View all
1 day ago
When the great khali returned to assist jinder mahal in defeating randy orton; watch video
4 hours ago
From the rock to brock lesnar and john cena, here are the 5 richest pro-wrestlers
2 hours ago
Seth rollins turns 34: when rollins slayed 'the beast' brock lesnar at wrestlemania 35
3 hours ago
Seth rollins net worth, relationship with becky lynch and wwe career
1 day ago
When vince mcmahon dropped the n-word on john cena in misguided 2005 skit, wwe fans react