How To Get A Helicopter In GTA Vice City? Use These Cheat Codes And Spawn Any Vehicle

How to get a helicopter in GTA Vice City is a popular question asked by gamers, recently. So, we have listed all the information to answer this question. 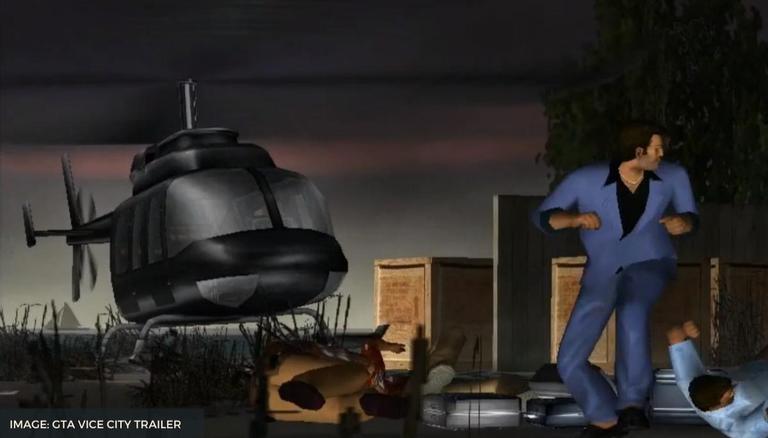 
GTA Vice City has been the talk of the gaming community for a long time now. This is mostly because a number of players are back at this classic game. One of the major points of attraction of this game was the use of different cheat codes. Currently, players are searching for answers to questions like how to get a helicopter in GTA Vice City. To help out the players, here is all the information needed to know about the cheat codes for helicopters in GTA Vice City. Read more to know about the GTA vice city helicopter cheat code.

How to get a helicopter in GTA Vice City?

The makers of the game have added a number of different cheat codes that can get the players anything they want. Most recently, the players are trying to know how to get helicopters in the game and it is certainly easy to get one. First, the players can roam around in the game to find out. There is no specific place of the helicopter in the game and it can be spawned anywhere. If the players are still not able to get a helicopter, then they can just type in “AMERICAHELICOPTER” on their PC to spawn a helicopter right in front of them. Keep in mind that spawning this vehicle needs some space or else you will not be able to take off in the helicopter. Apart from this, there are several other gta vice city cheat codes to enjoy the game to the fullest such as players can get weapons in gta vice city, unlimited money etc. Keep in mind that cheat codes are illegal to use and might lead to your account getting banned from the game.

To start the helicopter mission in gta vice city, the players will have to go and meet Avery Carrington. This will trigger the Demolition Man mission in GTA Vice City. Avery Carrington needs to clear up some land for his construction site and is searching for some personnel to get the job done. In the mission, the players will need to plan explosives around the area using a RC Helicopter. Keep in mind that this helicopter is going to be controlled remotely and thus it is a bit difficult to handle it in the air. The players will need to find the Top Fun van that will be marked on your map and enter it. Then they need to fly the helicopter with the explosives by avoiding the construction workers and security guards.

There are a total of 4 helicopter side missions in GTA Vice City. To unlock these missions, the players will first need to complete  the mission Rub Out and G-Spotlight in the game. Then these locations will be marked on your map. Visit these locations and fly the sea sparrow that can help you collect 80 hidden packages. Completing each course will grant the player $100. If you enjoy such games there are several other racing missions in gta vice city to earn extra rewards while developing controls over the best cars.

READ | GTA 6 release date: Check out the latest leaks on Rockstar games' newest video game
READ | Why was XQC banned from the Nopixel GTA Role Play server for the third time?
READ | Best GTA 5 Online Cars: Fastest cars in the game and rare cars location
READ | GTA Vice City weapon cheats and other codes: Get all the cheat codes here
READ | How to get Jetpack in GTA Vice City? Here are the cheat codes to use
First Published: 22nd June, 2021 15:00 IST

WE RECOMMEND
How to check laptop model? Step-by-step guide to find your laptop model information
HP's upcoming Chromebook laptops and other best laptops under ₹25000
How to download GTA Vice City on PC or Laptop? Learn the download process
GTA 6 Map leaked? Here's all we know about the upcoming Rockstar release