Taking to her Instagram account, Bollywood actor Richa Chadha shared a photo of herself dressed like the iconic actress Smita Patil. Read on to know more

Smita Patil was one of the most acclaimed actors of yesteryears. Her performances in films like Mandi, Mirch Masala, Ardh Satya were lauded by both fans and critics. The actor still has a huge fan-following and one among them seems to be Richa Chadha. Recently, the latter took to her social media account to pay tribute to the late Smita Patil.

Sharing the photo on Instagram, Richa Chadha captioned her photo as "Smitten Patil 🥰🌹" showing her obvious love and respect for Smita Patil. Many fans have also commented on Richa's picture appreciating the post. Some even pointed out that indeed Richa did resemble the late actor while others asked if Richa would star in Smita's biopic. 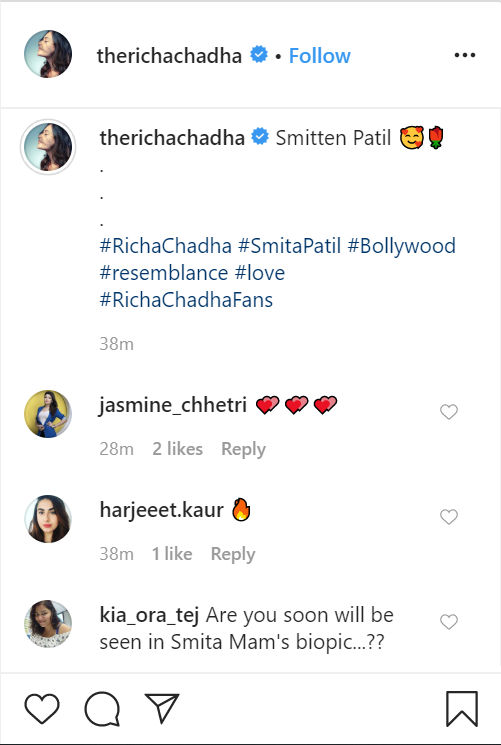 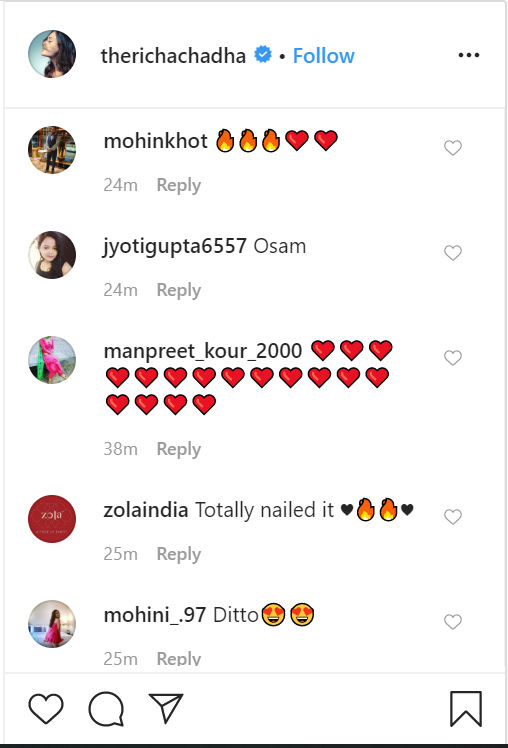 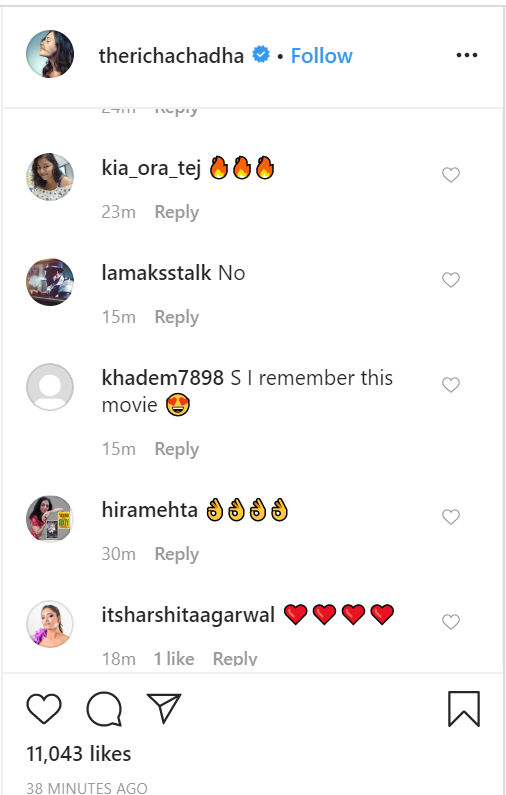 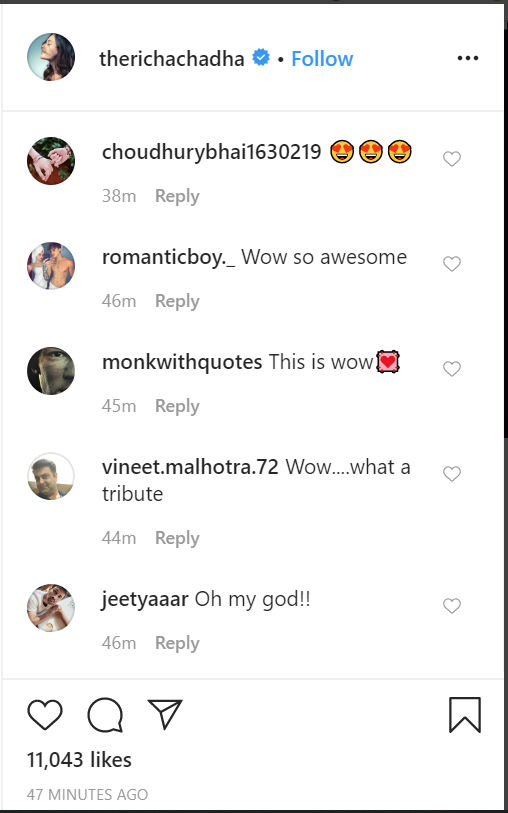 Also Read: Richa Chadha And Ali Fazal To Have A Monsoon Wedding In June? Here's What We Know

Richa Chadha was last seen on the silver screen in Panga. The movie starred Kangana Ranaut in the lead role of a Kabaddi player. It focussed on the challenges that Kangana's character faced as a sportsperson. Richa Chadha will next be seen in Ghoomketu which also stars Nawazuddin Siddiqui and Shakeela which also stars Pankaj Tripathi.

Also Read: Richa Chadha's Stunning Looks In Blue Outfits You Must Check Out

Also Read: Richa Chadha Loves Monochrome Photos And It Is Evident From Her Instagram