Hailey Baldwin's haircut attempts on dog her and Justin Bieber's dog Oscar failed miserably. She says he looks like the house-elf, Dobby from Harry Potter. Read

It seems to have become a trend with couples and partners to give each other a haircut during the quarantine. Many celebs like Anushka Sharma, Miley Cyrus and Gwen Stephani and others have resorted to this. However, Justin Bieber's wife, Hailey Baldwin seems to have taken it a step further with trying to give her dog a haircut. But it turned out to be a disaster according to the model herself and now she says her dog looks like Dobby from Harry Potter.

Hailey Baldwin recently posted an Instagram story where she bemoaned how her efforts to cut her dog, Oscar's hair turned into an absolute disaster. She tried to do it because apparently a tick fell off from Oscar. On her Instagram story, Hailey wrote, "Today I hit my biggest low as a dog parent: Oscar has a huge tick fall off of him yesterday (which freaked me out) and I wasn’t sure how long it had been on him because I never felt the tick and his hair was getting SO long. So today I decided to shave his hair down so I could check for any more ticks and I totally butchered his haircut and he looks like a freak".

Hailey Baldwin even compared her dog's present look to that of the house-elf from the Harry Potter series, Dobby. She even refused to put up any picture of Oscar on social media after the haircut. Take a look at her stories: 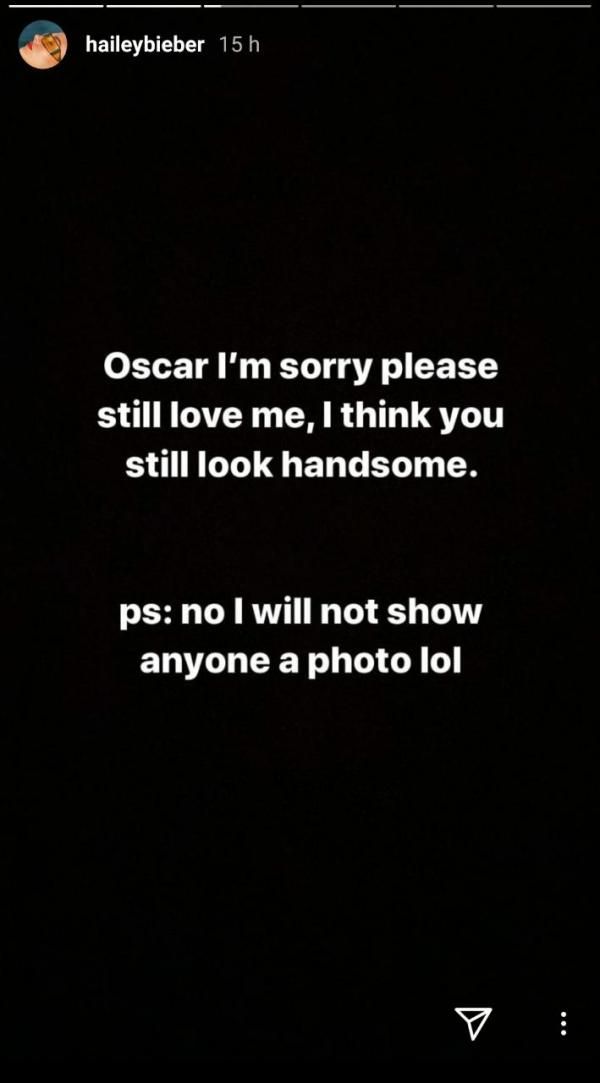 Also Read: Justin Bieber's Pets History: Did You Know He Had Once Adopted Snake And Monkey?

Also Read: Justin Bieber Shows Off Photography Skills With A Glam Photo Of Hailey Bieber In A Bathtub

PEOPLE HAVE PLEDGED SO FAR
LATEST NEWS
View all
3 hours ago
Keanu Reeves and Alex Winters give inspirational message to high school graduates
23 hours ago
Check Nick Jonas' 'Happiness Begins' creative edits made by his fans
4 hours ago
Jennifer Lopez starrer 'The Boy Next Door' should be next on your watch list, Read why
23 hours ago
When Miley Cyrus slayed in designer ensembles by Ralph Lauren & more; See pics
23 hours ago
Royal Hearts filming locations are the right blend of royalty and beauty; See pictures