Shibani Dandekar is celebrating her 40th birthday today and many popular celebs wished her on social media. Among the well-wishers was also her sister, Anusha Dandekar. The latter penned a heartfelt note on Shibani's birthday with an adorable picture of the two. Here's what Anusha posted.

On Anusha Dandekar's Instagram, she posted a wish for her older sister, Shibani Dandekar's birthday. In the caption, Anusha wrote, "Happy Birthday chicken, I don’t think I could love a person more than I love Apeksha and You. There is no bigger protector and anyone braver than you. I love you with all of me... Can’t wait to celebrate soon, miss you so so muchâ¤ï¸â¤ï¸â¤ï¸". Take a look:

Not only this, but Anusha Dandekar also posted throwback childhood photos on the Instagram story with Shibani Dandekar to wish her. The Dandekar family also seemed to have had a virtual family time to ring in Shibani's birthday. Sharing the post, Anusha said how her family is the reason she keeps smiling every day. She also added that they are all at different places but through the virtual chat, she felt everyone was together. 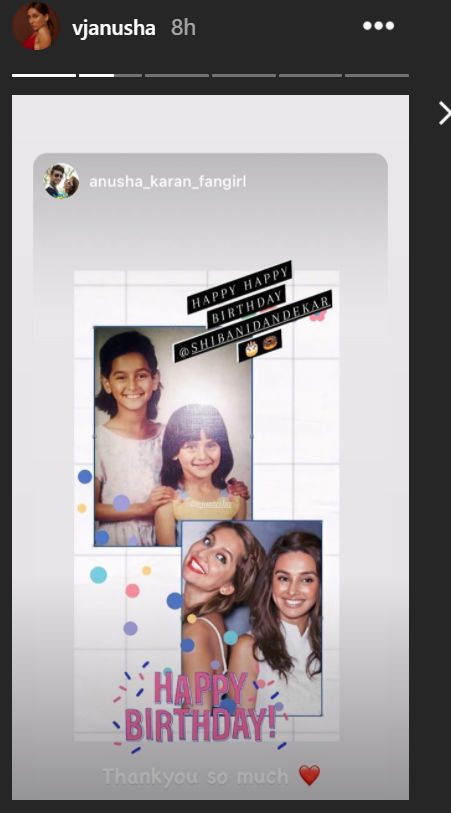 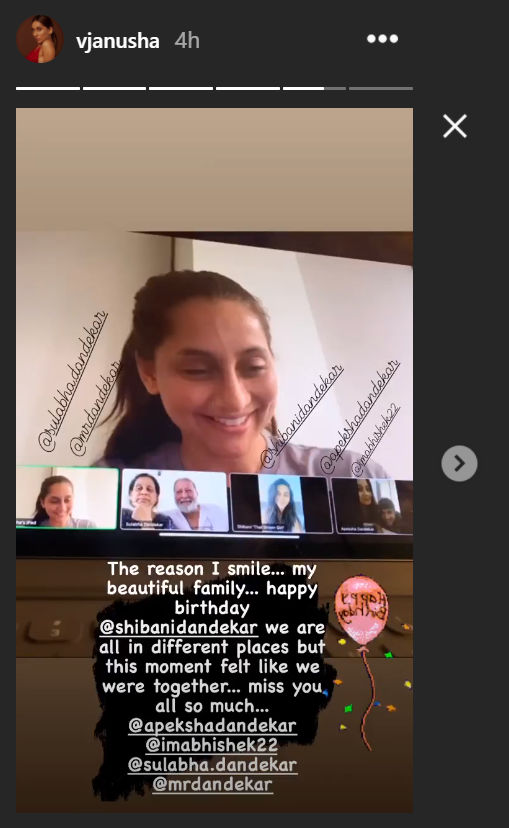 Many other celebrities like Monica Dongre and Kubbra Sait also wished on Shibani Dandekar's birthday. Shibani even reshared all the wishes on her Instagram story. Take a look: 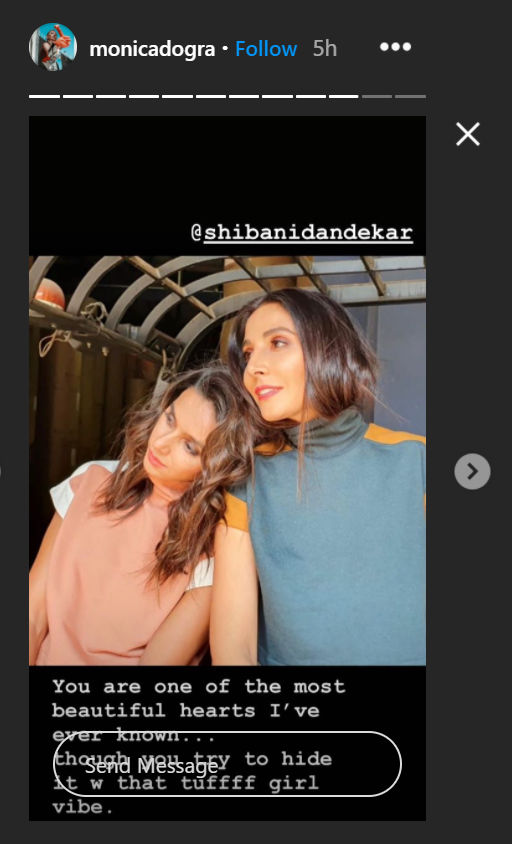 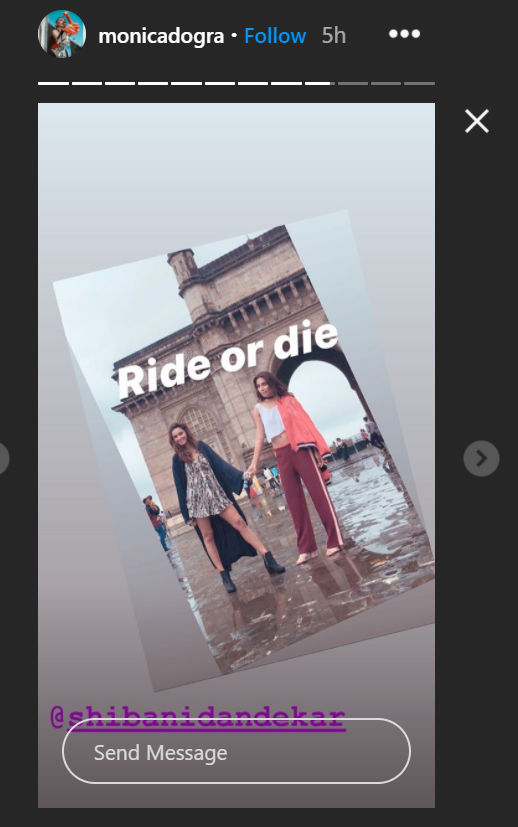 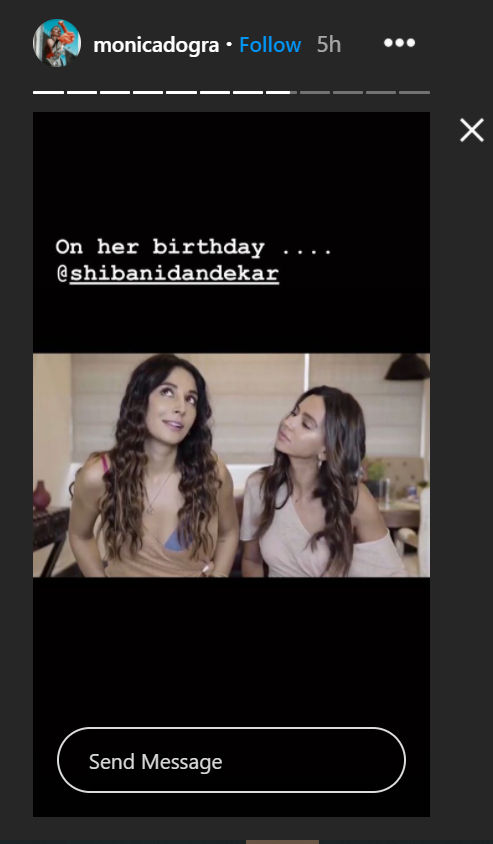 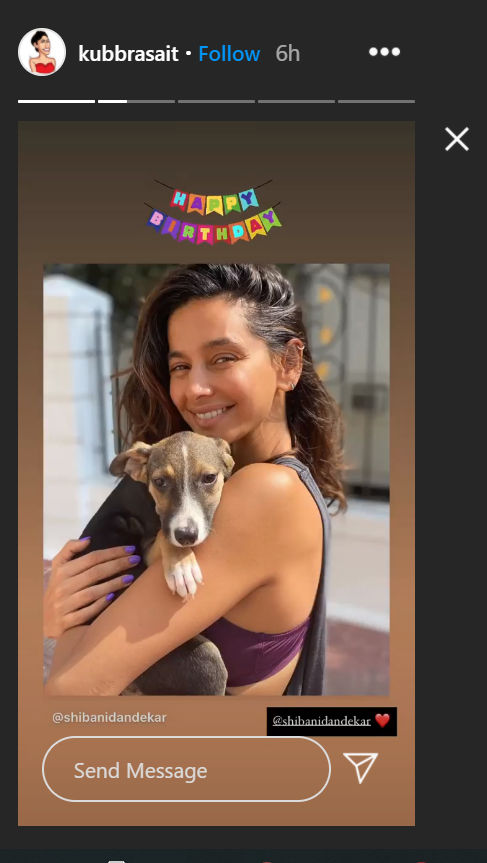 Shibani Dandekar's beau, Farhan Akhtar also took to his Instagram account to wish her on her birthday. He posted a simple picture of themselves smiling at the camera and twinning in black. Adding a caption he wrote, "You’ll always have my shoulder to lean on. Happy birthday @shibanidandekar .. love you â¤ï¸". Check out Farhan's post here:

In other news, Shibani Dandekar is a popular television personality who is also known for her singing and acting skills. She has also starred in reality shows like Jhalak Dikhla Ja and Khatron Ke Khiladi. Apart from these, her list of movies includes Shaandaar, Four More Shots, Noor, Sultan, Naam Shabana, Roy and Timepass. Shibani is also known for hosting television shows and events.

Also Read: Farhan Akhtar Pens A Birthday Wish For Shibani; Says 'always Have My Shoulder To Lean On'