Bigg Boss 13 fame, Shehnaaz Gill has been posting cryptic Instagram captions recently. Her fans are relatively worried about the well-being of their celeb. Read

Shehnaaz Gill seems to have become a household name ever since she appeared in Bigg Boss 13. She has also released a couple of music videos after the show which became quite popular. However, recently Shehnaaz Gill is grabbing headlines for her cryptic Instagram captions while fans are left to wonder what is happening with their favourite celeb.

Over the last few days, Shehnaaz Gill's Instagram posts are accompanied with cryptic captions. Her latest post shows Shehnaaz smiling at the camera and has the caption, "If you dig a pit for someone then you simultaneously dig a well for yourself too!!!". Take a look:

A similar cryptic caption was used by Shehnaaz Gill in one of her previous posts too. There she wrote, "Sin is a product that appears to be attractive n cheaply available but in reality, one keeps paying its price for life and beyond #karma" along with a photo of herself clad in a green dress. Shehnaaz has folded her hands in the photo.

Shehnaaz Gill's fans, who call themselves Shehnaazians, seem really worried for their idol. While one fan has written, "LET THE PLAYERS PLAY LET THE HATERS HATE LET KARMA HANDLE THEIR FATE â¤ï¸â¤ï¸â¤ï¸â¤ï¸â¤ï¸â¤ï¸ðŸ¤—ðŸ¤—ðŸ¤—ðŸ¤—ðŸ¤—ðŸ¤— WE R WITH U ALWAYS SANA", another said, "You are the best favorite girl in the world I am from Bangladesh and I big fan of you and â¤ï¸♥ï¸ðŸ‡§ðŸ‡©♥ï¸ðŸ’“ðŸ’–ðŸ’ŸðŸ’ŸðŸ’•ðŸ’ŸðŸ’–". Take a look: 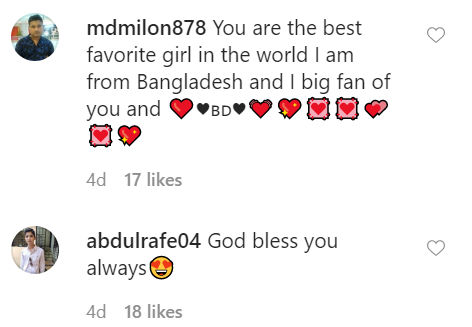 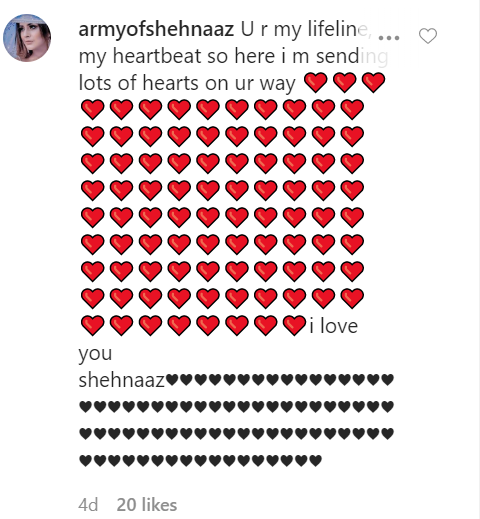 Also Read: Shehnaaz Gill On People Forgetting Her After Bigg Boss 13: 'The Craze Is Short-lived'

These posts have come soon after a Hindi daily reported that Shehnaaz Gill's father allegedly raped a woman at gunpoint. The news broke the internet while Shehnaaz's brother, Shehbaz denied the claims. In an interview with a regional portal, Shehnaaz's father, Santokh Singh denied all the allegations.

Earlier, Shehnaaz Gill made headlines following her confession about the show Mujhse Shaadi Karoge. In an interview with a daily portal, she said it was a mistake to sign the show. She also added that there were so many things happening in her life at the moment that she did not think much while signing for Mujhse Shaadi Karoge. She also revealed that in the show she could not connect with any of the boys who had come to ask her hand for marriage and felt rather irritated.

In other news, Shehnaaz Gill had confessed to having feelings for her co-contestant from Bigg Boss 13, Sidharth Shukla. In fact, this also seems to be one of the reasons why Shehnaaz regretted doing the show, Mujhse Shaadi Kaorge. The show aired for a brief tim. The show had an abrupt ending due to the Coronavirus lockdown.