Fact Check on whether Germany sent a £130 billion bill to China for the reimbursement of the 'coronavirus damages' incurred by Germany. See details.

Claim: Germany sent a £130 billion bill to China for the reimbursement of the 'coronavirus damages' incurred by the country.

ALSO READ| Fact Check: Did Over 100 Doctors Die In Italy After Being Infected With The Coronavirus? 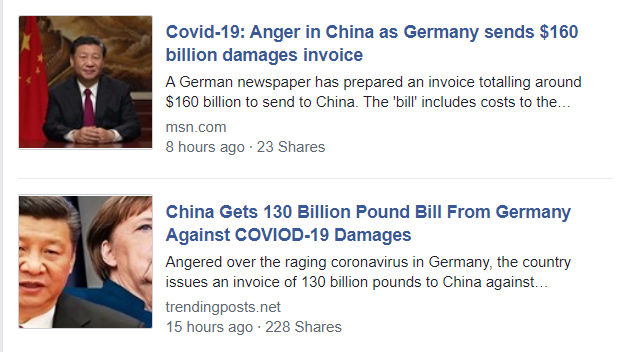 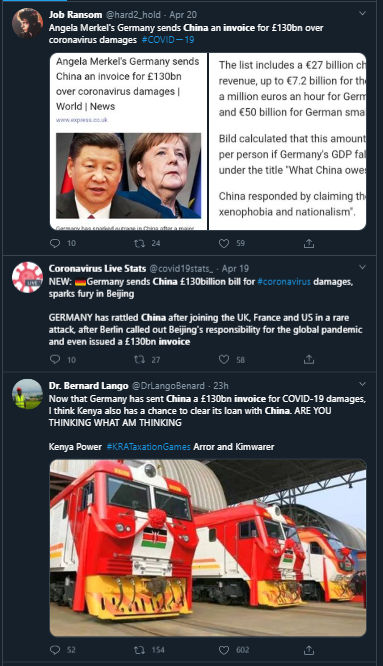 After an analysis of the Google Trends with respect to Germany sending a 130 billion pounds invoice to China rumour, one can see that people have been hugely interested to know about the same. The maximum number of searches have been done on April 20, 2020. 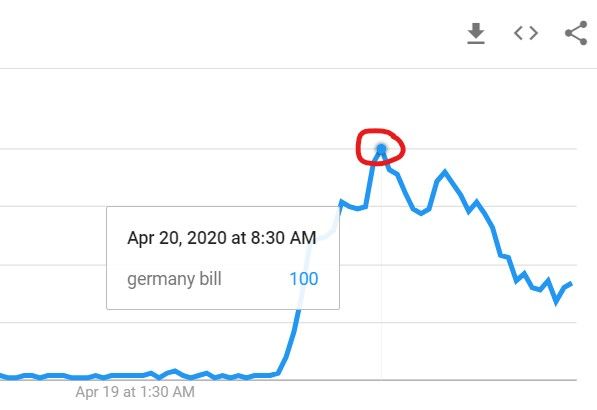 ALSO READ| Fact Check: Has The UPSC Exam Been Cancelled By The Government Due To The COVID-19 Crisis?

ALSO READ| Fact Check: Are Beijing And Shanghai In China Not Affected By The Coronavirus Outbreak?