FM Sitharaman announced on Monday that the government will provide financial support to more than 11,000 registered travel guides/travel & tourism stakeholders 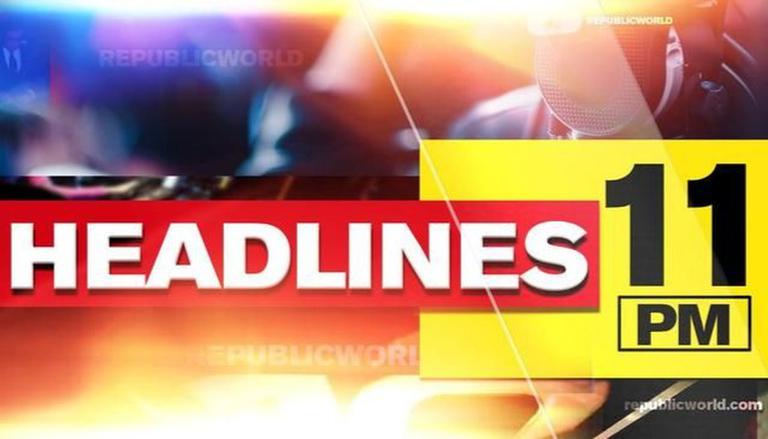 In a bid to revive the tourism industry, Finance Minister Nirmala Sitharaman announced on Monday that the government will provide financial support to more than 11,000 registered travel guides/travel and tourism stakeholders. The loan guarantee scheme will support 10,700 regional level tourist guides and Travel and Tourism stakeholders (TTS) recognized by the Ministry of Tourism and the State governments. Loans will be provided with a 100 percent guarantee of up to Rs 10 lakh for TTS and Rs 1 lakh for tourist guides licensed at the regional or state level.

While most of the political parties, as well as the people of India, paid their tributes on the 100th birth Anniversary of India's former Prime Minister PV Narasimha Rao, Congress' top brass leaders remained mum. Earlier, BJP leader and Minister of State for Home Affairs G Kishan Reddy accused former Congress supremo Rahul Gandhi of being 'so busy' that he forgot to pay tribute to the leader who served the party lifelong. Pointing out that it was 'appalling' to see the party trample over his legacy, he added that the 'political untouchability' was unfortunate and distasteful. Now, late PV Narasimha Rao's grandson and BJP leader NV Subhash has claimed that Congress did not pay tribute because the former Prime Minister was not from the 'Gandhi family' and he was from South India.

In order to launch the first uncrewed mission in December, the Indian Space Research Organisation (ISRO) is racing against time, as a part of the human spaceflight programme ''Gaganyaan''. This comes after the adverse impact of the COVID-19-induced lockdowns that have disrupted hardware delivery schedules. Two uncrewed flights are planned to test the end-to-end capacity for the manned mission, as part of the mandate of Gaganyaan.

With reports suggesting that the Ghaziabad Police is contemplating moving the Supreme Court, Twitter India's Managing Director (MD) Manish Maheshwari has filed a caveat petition before the Top Court on Monday. This comes after the Karnataka High Court restrained Ghaziabad Police from taking any coercive action against the microblogging site's top employee in India in the Ghaziabad hate video case. A caveat petition is usually filed as a precautionary measure by a person who holds strong fear of a case being filed against him in any court of law. In the hearing on June 24, the Karnataka High Court allowed interim relief to Maheshwari after he moved the court against Ghaziabad Police's summons to the Twitter employee in connection to the fake hate video case. Ghaziabad Police had issued summons to the Twitter India MD to join the probe in person; however, Maheswari had sought a virtual meeting.

In the latest development in the conversion racket probe in Uttar Pradesh, investigators have speculated that the syndicate may have been funded by foreign entities and is allegedly linked to fugitive preacher Zakir Naik. The UP Anti-Terror Squad (ATS) has reportedly established links between accused Umar Gautam and Zakir Naik's aide Bilal Philip, who is believed to be the international mastermind behind the conversion racket. The UP police disclosed on Monday that accused Gautam, who has been running the Islamic Nawaz Centre, has a wide range of connections with various organisations that are linked to radical Islamic groups and individuals.

While the internal tussle in the Punjab unit of the Congress party is yet to reach any logical conclusion, scoops suggest that Navjot Singh Sidhu will be meeting the party's top brass- Rahul Gandhi and Priyanka Gandhi Vadra on Tuesday. The meeting between the leaders will be the first after the three-member committee submitted its report to Rahul Gandhi in a bid to resolve the ongoing dispute in the Congress, and is expected to have the Gandhi brother-sister duo pacify the disgruntled leader to reach an amicable solution before the 2022 Punjab assembly elections.

Punjab Chief Minister Captain Amarinder Singh on Monday rubbished the accusations that he did not allow the Aam Aadmi Party (AAP) to hold a press conference in Chandigarh. The Punjab CM  clarified that a few days back Delhi Chief Minister Arvind Kejriwal addressed a rally in the city then why the state government will now stop him from having a press conference. Punjab CM claimed that AAP just wants to do drama and offered to arrange lunch too for the party. Delhi Chief Minister Arvind Kejriwal is going to visit Chandigarh on Tuesday as AAP intensifies preparations for the upcoming elections in the state.

More than 50 countries have shown interest in having a CoWIN-like system to run their vaccination drive, said Dr RS Sharma CEO, National Health Authority (NHA) & CoWIN platform chief on Monday. Canada, Mexico, Nigeria, Panama are some of the countries and India has now decided to share the open-source software free of cost. NHA Chief Dr Sharma informed that Prime Minister Narendra Modi has directed officials to create an open-source version of the platform and give it free of cost to any country that is interested.

The Board of Control for Cricket in India (BCCI) President Sourav Ganguly has explained why the ICC T20 World Cup had to be shifted to the UAE. According to news agency PTI, the BCCI moved the ICC World T20 to the UAE keeping in mind the health and safety concerns of all stakeholders. Ganguly has said the BCCI will remain the host and will organise the marquee event in cooperation with the Emirates Cricket Board.