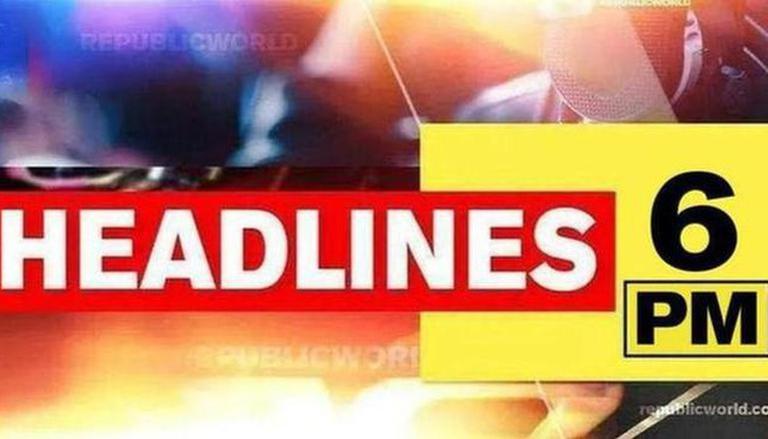 Soon after Captain Amarinder Singh said that he would be resigning from Congress, a source close to the former CM on Thursday informed Republic TV that he is likely to float a new party in the state of Punjab, ahead of the 2022 assembly polls, the main aim of which will be the 'security of the state and the nation'. Sources say Captain Amarinder is in talks with 'like-minded parties', and has a tacit understanding with these parties.

Shortly after announcing his plans to quit the Indian National Congress party, Captain Amarinder Singh has changed his Twitter bio. His new Twitter bio says he is an Army Veteran and Former Chief Minister of Punjab. In the bio, he also affirmed that he will "continue to serve the state." The bio has no mention of Congress.

Amid an all-encompassing political crisis in the Congress camp, Senior Congress leader Ghulam Nabi Azad on Thursday slammed the party High Command for orchestrating hooliganism in the name of protest outside Kapil Sibal's house. On Wednesday, hours after Kapil Sibal raised questions over the functioning of the Congress, several Indian Youth Congress (IYC) workers staged a protest outside his house in New Delhi.

Jitin Prasada, who switched from the Congress to the BJP earlier this year, on Thursday spoke to Republic TV amid the ongoing crisis in the Punjab Congress. Underlining that the whole country is watching what is happening in the Congress, Jitin Prasada asserted that former Chief Minister Amarinder Singh is being shown his way out from the party. The former Congress leader added that the party only wants to keep people who 'work for breaking the country', likely hinting at Navjot Singh Sidhu.

The Delhi High Court while taking suo motu cognisance, of the firing incident that occurred at Rohini Court leaving three people including a dreaded gangster dead, exclaimed it's a "grave" issue and "full proof security systems needs to be put in place" in order to secure the court premises across the national capital.

Prime Minister Narendra Modi inaugurated the Central Institute of Petrochemicals Technology (CIPET), Jaipur via video-conferencing on Thursday. In addition, he also laid the foundation stone of four new medical colleges in Banswara, Sirohi, Hanumangarh and Dausa districts of Rajasthan. During his inaugural address, PM Modi said that the commencement of the construction of four new medical colleges in Rajasthan and the inauguration of the Institute of Petrochemicals Technology in Jaipur is an important step.

Making a strong observation on the ongoing protest against the three farm laws, the Supreme Court stressed that highways cannot be blocked perpetually. An SC bench led by Justice Sanjay Kishan Kaul was hearing a plea filed by a Noida resident who complained that she took two hours to reach her workplace in Delhi instead of 20 minutes due to the road blockade. She argued before the court that the roads were not cleared despite various directions passed by the SC.

Shortly after being announced as the succeeding Chief of Air Staff of the Indian Air Force (IAF), Air Marshal Vivek Ram Chaudhari Chaudhari on Thursday took over the apex position from Air Chief Marshal RKS Bhadauria. Earlier, he was in charge of the Ladakh sector at the time of crisis with China and now took over after Bhadauria retired from service.

The power ministry has issued guidelines for budgetary support for flood mitigation and the creation of enabling infrastructures such as roads and bridges on Thursday with regards to hydropower projects. According to a press release from the power ministry, the primary goal of the funding allocations for these elements is to lower price levels for these projects, ensuring that consumers only pay for power components. Professional agencies, such as CWC, will work on the financial worth of flood mitigation in compliance with the recommendations, the ministry has recommended.