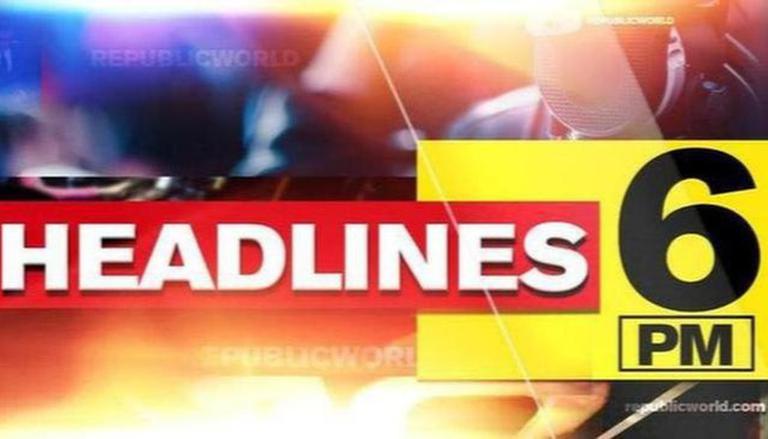 The Nagaland government on Sunday informed that Union Home Minister Amit Shah on December 23, chaired a meeting to discuss present scenario in Nagaland. According to a press release released by the Nagaland government, the meeting was attended by Chief Minister Neiphiu Rio, Assam Chief Minister Himanta Biswa Sarma, Yanthungo Patton, Deputy Chief Minister of Nagaland and T. R. Zeliang, leader of the Naga People's Front. It further added that a committee will be formed to look into the withdrawal of AFSPA in Nagaland.

Karnataka on Sunday joined the list of states that have reimposed night curfew in view of a fresh surge in COVID-19 cases, including those due to the new Omicron variant. In a meeting chaired by Chief Minister Basavaraj Bommai, the state government decided to restrict the movement of people, from 10 pm to 5 am for a period of 10 days. The night curfew will come into force in Karnataka from Tuesday, December 28.

At the outset of the Centre's announcement to roll out the precautionary Coronavirus booster dose of vaccination for healthcare and frontline workers and vaccine for children, AIIMS Hyderabad Director Dr Vikas Bhatia said that the move is 'very heartening'. In an exclusive conversation with Republic TV, Dr Bhatia affirmed PM Modi's decision to administer booster doses to the vulnerable amid the spread of the COVID-19 strain, Omicron, and said, "it's time".

In the latest update to the investigation into the Ludhiana Court blast, Republic Media Network has accessed the first picture of Rinda Sandhu, who is said to be the Pakistani-based handler for the prime suspect of the explosion - Gagandeep Singh. It is learnt that Sandhu is an active Babbar Khalsa terrorist, backed by the pro-Khalistani group Sikhs For Justice (SFJ). He is suspected by agencies of conspiring the Ludhiana blast.

In a major mishap, five people were killed and six others injured in a boiler blast that took place in a noodle factory located at Muzaffarpur in Bihar, on Sunday, informed District Magistrate Pranav Kumar. While speaking to the media, he further informed that an investigation is currently underway and the reason behind the blast is yet to be ascertained.

Escalating the fight between Opposition and Centre over the suspension of 12 MPs, Union Parliamentary affairs minister Pralhad Joshi on Sunday, released the Rajya Sabha TV footage of the ruckus which led to it. Naming Congress MP Jairam Ramesh, Joshi rued over the Opposition's refusal to apologise for its unruly behaviour. He added, "To err is human but to repeatedly justify it is foolish".

Uttar Pradesh Chief Minister Yogi Adityanath on December 26 claimed that the state is set to be recognised as a Defence production hub and BrahMos missile will be manufactured in Lucknow. CM Yogi further said that along with the generation of new employment opportunities for the youth, the endeavour will push UP in a 'new direction'.

South African President Cyril Ramaphosa announced on December 26 that South Africa's Nobel Peace Prize-winning crusader for racial justice and LGBT rights, Archbishop Desmond Tutu, has died at the age of 90. Tutu was diagnosed with prostate cancer in the late 1990s and has been hospitalised multiple times in subsequent years for infections related to his cancer treatment.

In its latest move, the Taliban government in Afghanistan has decided to dismantle a couple of ministries and electoral bodies, including the Ministry of Parliamentary Affairs, the Ministry of Peace Affairs, the Independent Election Commission, and the Independent Election Complaints Commission. Meanwhile, the Independent Commission of Human Rights will resume operations under a new name, ANI reported citing Khaama Press. The Taliban have also ordered the administration of affairs and all relevant administrations to clarify the status of the staff of the ministries and commissions, as well as the payment of their salaries and the bodies' entities, the report stated.