Shruti Haasan posted a meme on Coronavirus on her Instagram account informing bat-haters that the species is not the main reason for the pandemic. Read on

There are many Coronavirus memes that are currently doing the rounds on social media. A recent one was posted by actor Shruti Haasan on her Instagram and it seems she wanted to pass on a message along with it.  She posted a cute yet creepy meme about a bat trying to neutralize the hate towards the species after unconfirmed reports suggested that bats were responsible for spreading the virus.

Earlier today, Shruti Haasan on Instagram posted a cute meme about bats. The purpose of it seems to be telling "bat-haters" that bats are not the real problem behind the pandemic. Adding a caption to her post, Shruti wrote, "ME ðŸ–¤thanks @nerm for this ðŸ˜ now on a side note - bat haters - bats are not the problem - how we’ve lived and how we have been in interaction with other species is - just saying . Ok bye". Take a look:

Many people have responded positively to Shruti Haasan's Coronavirus meme on bats. One of her fans even went on to reveal that he has a pet bat. Check it out: 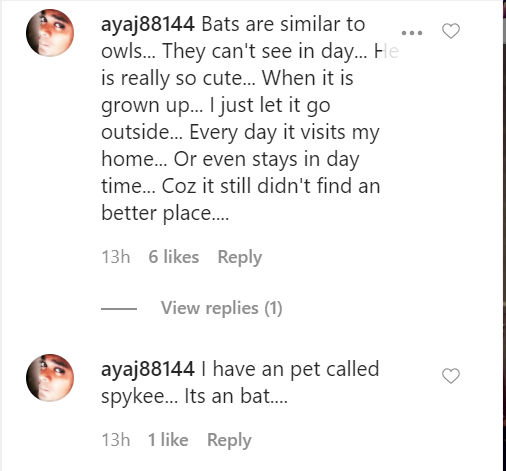 Also Read: Shruti Haasan Has A Message For Trolls Who Asked Celebs To Announce Their Donations; Read 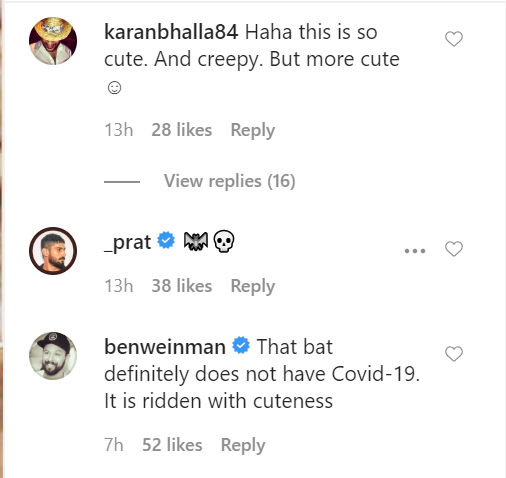 Other Coronavirus memes that have become popular

Also Read: Shruti Haasan Claims She Has Been In Quarantine For Too Long As She Finds This Person Hot

Also Read: Shruti Haasan Asks What Day It Is, Fans Say All Days Have Become Like 'Quaranday'

Also Read: Arjun Kapoor's Picture With Shruti Haasan Will Make You Want To See Them In A Film