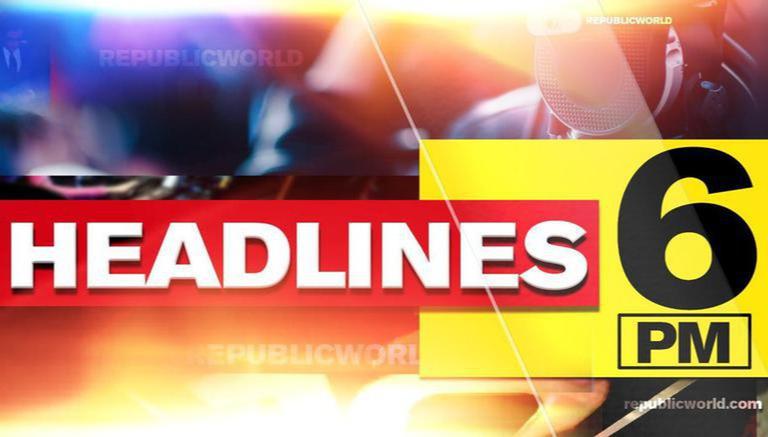 In a breaking development in the Mumbai cruise ship drug bust case which has seen the arrest of Aryan Khan, his father and Bollywood star Shah Rukh Khan's driver has been summoned and is currently at the NCB's office. Sources have informed that he entered the NCB premises when the NCB Zonal Director Sameer Wankhede was conducting the press conference just a short while earlier.

Union Minister Ajay Mishra's son Ashish Mishra has been detained by the police on Saturday for his alleged involvement in the October 3 Lakhimpur Kheri incident which resulted in eight deaths, sources have told Republic, adding that he may soon be arrested. Earlier in the day, Ashish appeared before UP SIT (Special Investigation Team) in connection with the violence.

Congress To Convene CWC Meeting On October 16 Amid Leadership Crisis; Elections On Agenda

In a massive development, a meeting of the Congress Working Committee will be held on October 16 in the national capital amid the ongoing infighting in the party. As per Congress general secretary (organisation) KC Venugopal, the CWC members will commence their deliberations at 10 am and discuss the current political situation and the Assembly polls in Uttar Pradesh, Uttarakhand, Goa, Punjab and Manipur. Most importantly, organisational elections shall also come up for discussion during the CWC meeting. This implies that the schedule for electing a new Congress president might be finalised.

BSP supremo Mayawati tore into her political opponents while addressing a massive rally in Lucknow on the occasion of party founder Kanshi Ram's death anniversary. Alleging that BJP was misusing state machinery to turn the tide in its favour, she also warned that the saffron party might accrue political advantage by communalising the upcoming Uttar Pradesh Assembly polls. She added, "All farmers of the country are holding an agitation against the Centre's three farm laws. Now, the protesting farmers are being heavily exploited. The incident in Lakhimpur-Kheri is a prime example of this".

On Friday, October 8, the United Kingdom decided to offer new vaccinations to the thousands of people who volunteered for trials of the Novavax COVID-19 vaccine. The decision has been taken because the Novavax is yet to be approved for use in any country, reported The Associated Press (AP). As part of a clinical trial, almost 15,000 people in the United Kingdom received Novavax shots. While the UK acknowledges them as vaccinated, most other nations don't, which means they are restricted from travelling.

Uttar Pradesh Cabinet Minister Nand Gopal Gupta 'Nandi' termed Congress leader Priyanka Gandhi Vadra's antics of sweeping the floor of a house with a broom at a Dalit community in Lucknow 'drama'. "Priyanka Gandhi did various types of drama in the 2019 elections also. Drama like cleaning floors with a broom and clashes with police, all these things are well known to the general public," remarked Nandi.

Colombia's ambassador to India Mariana Pacheco on Saturday said that her country was looking forward to obtaining vaccines from India for the country's refugee population. This comes after India's announcement that it will restart the export of COVID vaccines to the rest of the world under the Vaccine Maitri. According to Ambassador Pacheco, Colombia has over two million Venezuelan refugees, who are eager to receive the Indian vaccination through the Covax programme. She also praised Prime Minister Narendra Modi's Vasudhaiva Kutumbakam initiative.

NCB Panchnama Says Aryan Khan Admitted To Consuming Charas, Arbaaz Had It In His Shoes

In a massive development, the Narcotics Control Bureau (NCB) has alleged in its panchnama that Shah Rukh Khan's son Aryan Khan wanted to consume Charas and his friend and co-accused Arbaaz A Merchant had brought it to the Cordelia Cruise ship for that purpose. Republic Media Network has accessed exclusive details of the NCB Panchanama on Saturday which has mentioned that during the search operations on October 3, Arbaaz A Merchant admitted that the quantity seized from his possession was going to be used for smoking by Aryan and him. After NCB confronted Aryan Khan based on Arbaaz's statement, he also admitted that the Charas was going to be consumed by the two of them onboard the Mumbai-Goa cruise ship.

Delhi Chief Minister Arvind Kejriwal on Saturday penned a letter to Prime Minister Narendra Modi spotlighting a coal shortage crisis that has affected the power generation plants supplying power to the national capital. Kejriwal urged the Prime Minister to look into the matter. "I draw your attention to the prevailing coal shortage situation that is continuing since August/September 2021 for the third month in a row, which has affected the power generation from the major Central Generation plans supplying power to the NCT of Delhi," the letter to PM Modi read.

Bhartiya Janta Party (BJP) spokesperson Gaurav Bhatia on Saturday lashed out at the Congress party after its general secretary Priyanka Gandhi Vadra's husband Robert Vadra made comments on the Lakhimpur Kheri incident. Robert Vadra, who made a public appearance after a break, took credit for action taken in the case. Union Minister Ajay Mishra's son Ashish Mishra appeared before the UP SIT in connection with the Lakhimpur-Kheri incident on Saturday.