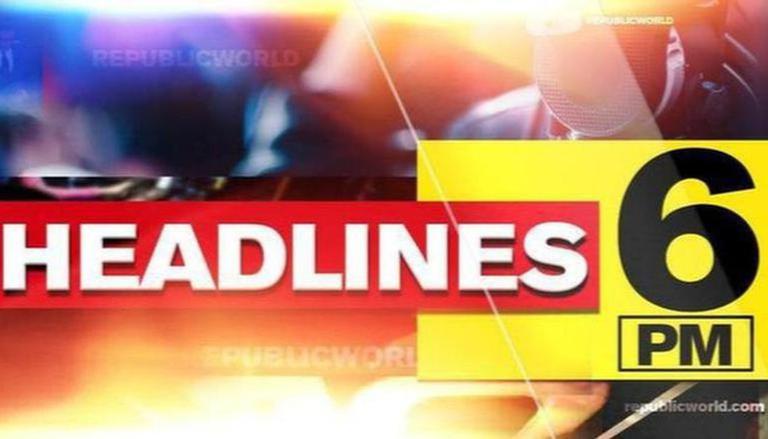 As part of the 'Good Governance' week, the Union government will conduct a nationwide campaign starting Monday, December 20, in all districts, states, and Union Territories to address public grievances and improve service delivery. The Ministry of Personnel, Public Grievances and Pensions has a variety of events planned for the week of December 20-25 as part of the 'Azadi Ka Amrit Mahotsav' commemoration.

Samajwadi Party (SP) MP Jaya Bachchan lost her cool in the Rajya Sabha on Monday claiming that a personal attack was made against her. The 73-year-old cursed her fellow Parliamentarians, who she accused of making the attack, and said, that 'if the attitude continues, then bad days were near for him'.

Shiromani Gurdwara Parbandhak Committee (SGPC) on Monday constituted a Special Investigation Team to get to the bottom of the sacrilege attempt at Amritsar's Golden Temple. In a press briefing, President Harjinder Singh Dhami announced that they had 'no hopes' from the SIT constituted by the Punjab government, and have, therefore, constituted an independent SIT of the SGPC.

Rashtriya Swayamsevak Sangh (RSS) Chief Mohan Bhagwat on Monday called on His Holiness the 14th Dalai Lama at his residence in Mcleodganj, Dharamshala in Himachal Pradesh. During a conversation with Bhagwat, Dalai Lama slammed China and said that everybody's independence should be honoured while calling an 'end to expansionism'.

The Delimitation Commission chaired a crucial meeting with Jammu and Kashmir National Conference (NC) MPs Farooq Abdullah, Hasnain Masoodi and Akbar Lone. After the meeting concluded, Union Minister Jitendra Singh briefed the media and informed that leaders were satisfied with the delimitation parameters followed by the commission. He further revealed that no work is being done under any "political pressure". He also informed that the Election Commission (EC) will take a call on the elections in the Union Territory.

Actor Aishwarya Rai Bachchan appeared before the Enforcement Directorate on Monday with regards to the Panama Papers case. This was after the former Miss World sought time from the investigating authorities to make the appearance after multiple summons. She had made the plea for adjournment on two occasions. The latest summons were issued to her on November 9 and this is the first time she is appearing before the authorities.

Days after Zakir Naik's Islamic Research Foundation (IRF) was banned for five years, the Unlawful Activities Prevention Act (UAPA) Tribunal on Monday took up the matter for a preliminary hearing. The tribunal headed by Chief Justice of the High Court D. N. Patel after hearing Solicitor General Tushar Mehta, representing the Central government, issued a notice to  Zakir Naik's IRF. The said notice is to be returned by January 28, the scheduled date for the next hearing.

Days after the SC stalled the parallel probe into the Pegasus row, West Bengal Governor Jagdeep Dhankhar on Monday invoked Article 167 of the Constitution to seek Chief Minister Mamata Banerjee's record and proceedings leading to the Inquiry Commission in the scandal. Issuing an order, Governor Dhankhar said that the move had become necessary since the Chief Secretary had failed to provide the necessary information. Article 167 defines the Chief Minister's duties towards the Governor of the state.

Amidst exacerbating the threat of Omicron, the State of Israel has added the United States to its “no-fly” list along with several other European countries including Germany and Italy. In a statement, PM Naftali Bennett said that the new restrictions would be applicable starting Tuesday, 21 December. According to DW,  cabinet ministers had voted to instate the ban on these countries on Monday following advice from the Health Ministry.

As the world continues to battle the COVID-19 pandemic, World Health Organization Chief Scientist Dr. Soumya Swaminathan on Monday highlighted India’s efforts towards global solidarity trials. Speaking at the opening ceremony of the seminar of PANEX-21, Swaminathan stated that "India is one of the largest contributors to global solidarity trials," according to ANI. She highlighted the need to conduct the trial that would give the result regarding the drug, whether it can save lives of patients with severe conditions to COVID-19 or hospitalised due to COVID-19.