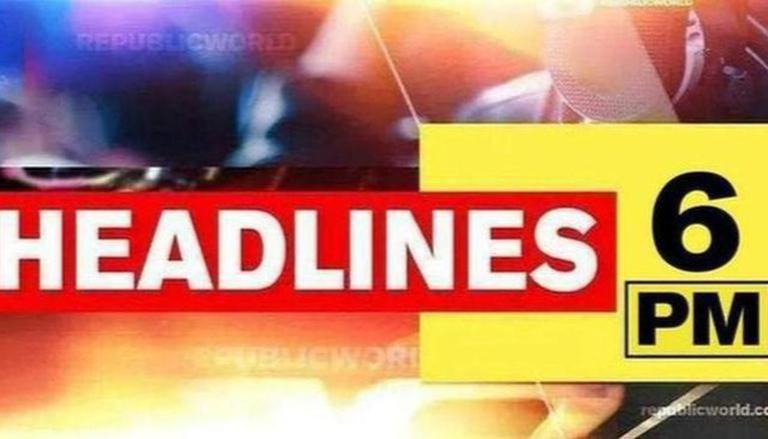 With Rahul Gandhi's purported 'party video' from Kathmandu creating a political storm in India, Union Minister for Women and Child Development, Smriti Irani spoke exclusively to Republic Media Network's Editor-in-chief Arnab Goswami on Tuesday, as she embarked on a day-long visit to the Gandhi scion's Parliamentary constituency-- Wayanad. Bringing out the stark difference between Amethi, which was once represented by Rahul Gandhi, and Wayanad, which is his current constituency, Irani spoke about how the latter was lacking on several parameters. Highlighting the leader's apathy towards the people, she asserted that the Congress party was always known to serve its own interests.

In an exclusive conversation with Republic Media Network, Jodhpur South Mayor Vanita Seth, on Tuesday, claimed that the law and order situation in the city is not under control. Mayor Vanita Seth claimed that the Jodhpur Police received intel on Monday evening regarding the clashes, however, didn't take any precautions to prevent it. She also alleged that clashes were pre-planned and Hindu localities were being targeted.

MNS chief Raj Thackeray has been booked under Indian Penal Code (IPC) Section 116, 117, 153, and Section 135 of the Maharashtra Police Act. Section 116 pertains to 'abetment of an offense'; Section 117 of IPC refers to' abetting the commission of an offence by the public or by more than ten persons'; Section 153 pertains to 'wantonly giving provocation with intent to cause riot' and Section 135 of the Maharashtra Police Act, authorizes arrest and punishment for violations of Section 37 (prohibitory order issued by Police authority).

Hours after the violence erupted in Rajasthan’s Jodhpur city on the eve of Eid-ul-Fitr and Akshaya Tritiya, Chief Minister Ashok Gehlot instructed the district administration to maintain law and order situation at all costs. Gehlot appealed to the people to maintain peace and harmony in the district and warned against the anti-social elements. He has also urged all political parties to unite and resolve the issue. In the wake of the clashes, CM Gehlot has called a high-level meeting with DGP and other officials regarding the law and order situation in the state.

As Rahul Gandhi's party video has created a political storm, Union Minister Mukhtar Abbas Naqvi took a sarcastic jibe at Congress on Tuesday. Speaking to Republic TV, Naqvi said that Congress politicians, who were constrained in the Gandhi family nest, were engaged in 'full-time tourism, and part-time drama'. "A party which is constrained and tied in pappu's family and nest, its politicians are engaged in full-time tourism, and part-time drama. I would be confused about their political statements, which were baseless, but now I can understand that their part-time political drama was drowning in intoxication. An intoxicated man would give these kind of statements only," said Mukhtar Abbas Naqvi.

Amounting to a positive development, the South Bengal Frontier BSF has exchanged sweets and greetings with Border Guard Bangladesh on the auspicious occasion of Eid-Ul-Fitr at the Pertrapole ICP border outposts. Top sources informed that both the border guarding forces share cordial and congenial relations, thus, the exchange of sweets between the two Border Guarding Forces comes as a goodwill gesture and reflects comradeship.

Russia-Ukraine war: Medvedev Says Zelenskyy Does Not Require Peace Treaty As He Wants To Beg Money From West

In the midst of the Russian aggression in Ukraine, which continues on the 69th day, Russia's former President and Deputy Security Chief, Dmitry Medvedev has claimed that Ukrainian President Volodymyr Zelenskyy does not need a peace treaty as he will continue to ask for money and weaponry from the West. This comes as a few days ago, Zelenskyy said that peace talks with Russia are at risk, blaming the atrocities committed by the Russian forces.

Ukrainian ambassador to Germany condemned Chancellor Olaf Scholz over his remark that he would not visit the war-torn country, because Kyiv refused to invite German President Frank-Walter Steinmeier due to his alleged close ties with Russia. "Playing an insulted liver sausage doesn't sound very statesmanlike," Ukrainian ambassador, Andriy Melnyk, told the DPA news agency, as per German website Merkur.de. Criticising the German Chancellor further, Melnyk outlined "this is about the most brutal war of extermination since the Nazi invasion of Ukraine, it’s not kindergarten."

Vivek Agnihotri has been vocal in highlighting the alleged steps taken against his film The Kashmir Files. The director had recently hit out at Wikipedia for the portrayal of the Kashmiri Pandits' exodus in 1990 as genocide as 'inaccurate.' He now alleged that a group of foreign journalists had invited him to address a press conference on his all-time blockbuster movie, which earned over Rs 250 crore in India. Agnihotri stated that his press conference was cancelled after some members of 'powerful media' expressed objection to it.

Current table-toppers Gujarat Titans are set to take on Punjab Kings in Match no. 48 of IPL 2022. The Gujarat Titans vs Punjab Kings match is scheduled to be played at DY Patil Stadium in Navi Mumbai on Tuesday, May 3, and will start at 7:30 PM IST.  The last time these two teams faced each other resulted in Titans winning the match by 6 wickets with Rahul Tewatia scoring sixes off last two balls. Here's a look at GT vs PBKS Dream11 Prediction, GT vs PBKS fantasy tips and other IPL 2022 details.