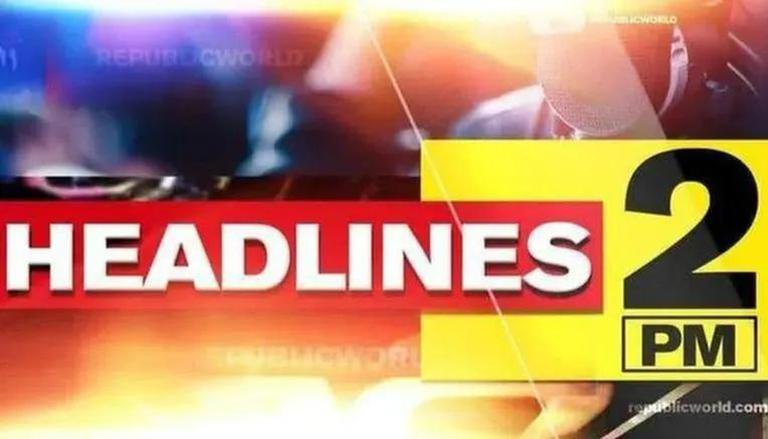 Sri Lanka has sought details from Indian intelligence agencies over Indian media reports that the LTTE (Liberation Tigers of Tamil Eelam) is planning an attack in Sri Lanka on May 18.

The Sri Lankan Defence Ministry said that a newspaper in India had published a report on 13 May 2022 quoting Indian intelligence that the LTTE is planning to launch an attack on the island nation.

In a recent update pertaining to a major fire that broke out in a three-storey commercial building near the Mundka Metro station in west Delhi, police have arrested the absconding owner of the building. Following multiple raids in Delhi and Haryana, the dedicated team of Outer District under the close supervision of DCP/Outer District arrested Manish Lakra.

Earlier on May 14, the Delhi police arrested company owners Harish Goel and Varun Goel who owned a firm on the first floor and manufactured CCTV cameras and Wi-Fi routers.

Bhartiya Janata Party’s Tajinder Pal Singh Bagga on Sunday dared Punjab Chief Minister Bhagwant Mann to take action against pro-Khalistan protestors. Terming Khalistan supporters as ‘Anti Indians’, Bagga asked if the Punjab CM would take any action against the group. This comes only days after Bagga got relief from the Punjab and Haryana High Court, in relation to a case filed against him over an alleged threat to Delhi Chief Minister Arvind Kejriwal.

As the Russia Ukraine war has entered its 81st day, the head of Ukraine's military intelligence claimed that a coup is already underway to depose Russian President Vladimir Putin, and further stated that Russia would lose the war by the end of 2022. According to a Daily Mail report, Major General Kyrylo Budanov believes that the fight will reach a turning point later this year's summer and that Putin will be removed from power. The 36-year-old Ukraine’s spy chief told Sky News, “The breaking point will be in the second part of August”.

Nearly two days after Finnish President Sauli Niinisto announced joining the NATO military alliance, citing evolving security situation, he held a telephonic conversation with his Russian counterpart Vladimir Putin on Saturday. However, the talk between the two presidents did not go well as President Vladimir said that the relations between the two neighbours could be “negatively affected” if Finland follows through with its plans. According to the statement released by Kremlin Press Service, Putin told his Finland counterpart that the abandonment of its traditional policy of military neutrality would be an error. Putin stressed that there are no threats to Finland’s security.

In a key development, Russian Ambassador to the US Anatoly Antonov on Sunday, May 15 told the United States that Russian Federation “wouldn’t capitulate” in Ukraine. Antonov accused the US of becoming “increasingly involved in a conflict [in Ukraine] with the most unpredictable consequences for the two nuclear powers.”He further asserted that the “goals” of Russia’s special military operation in Kyiv are clearly defined. Vladimir Putin’s focus is “absence of any threat for the Russian Federation from Ukrainian soil," he further noted.

Union Minister of Law and Justice Kiren Rijiju, who is presently in the Union Territory of Jammu and Kashmir, participated in a series of events and meetings over the judicial infrastructure in the valley on Saturday. While addressing an event on Saturday, he said that the central government is close to removing obsolete laws and provisions which are not necessary for today's time.

Security has been beefed up around the Gyanvapi mosque complex as the court-appointed committee began its survey for the second consecutive day. In adherence to the court order, the survey is being carried out between 8 am to 12 noon and is likely to be completed today. The committee is expected to submit its videography survey report to the Varanasi court by May 17.

On Saturday, almost half of the survey was completed using special cameras and lights in two basements and near the grill on the ground floor.

In a shocking development, veteran Australian cricketer Andrew Symonds died in a car crash late night on Saturday, May 14. Symonds, known for his stint as an all-rounder for the Australian squad, having played 26 Tests and 198 ODIs in an international career spanning from 1998 through 2009, died in an accident in Queensland on Sunday. Symonds’s untimely demise comes months after the shocking demise of his fellow cricketer Shane Warne, who passed away in March this year. Symonds was 46 years old at the time of his demise.