Growing protest against Pakistan-sponsored terrorism has taken center stage. In the last few days, there have been protests in London, Geneva and in the US

Growing protest against Pakistan-sponsored terrorism has taken center stage. In the last few days, there have been protests in London, Geneva and in the US against Pakistan’s visible non-action against terrorism emanating from their soil. On the anniversary of 2008 Mumbai terror attack, several Human rights activists gathered in front of the Pakistan embassy in Tokyo. Among the 166 innocent lives lost, a Japanese citizen, Hisashi Tsuda who was on a business trip during the fateful day, was also one of the victims of the dastardly terror attack. 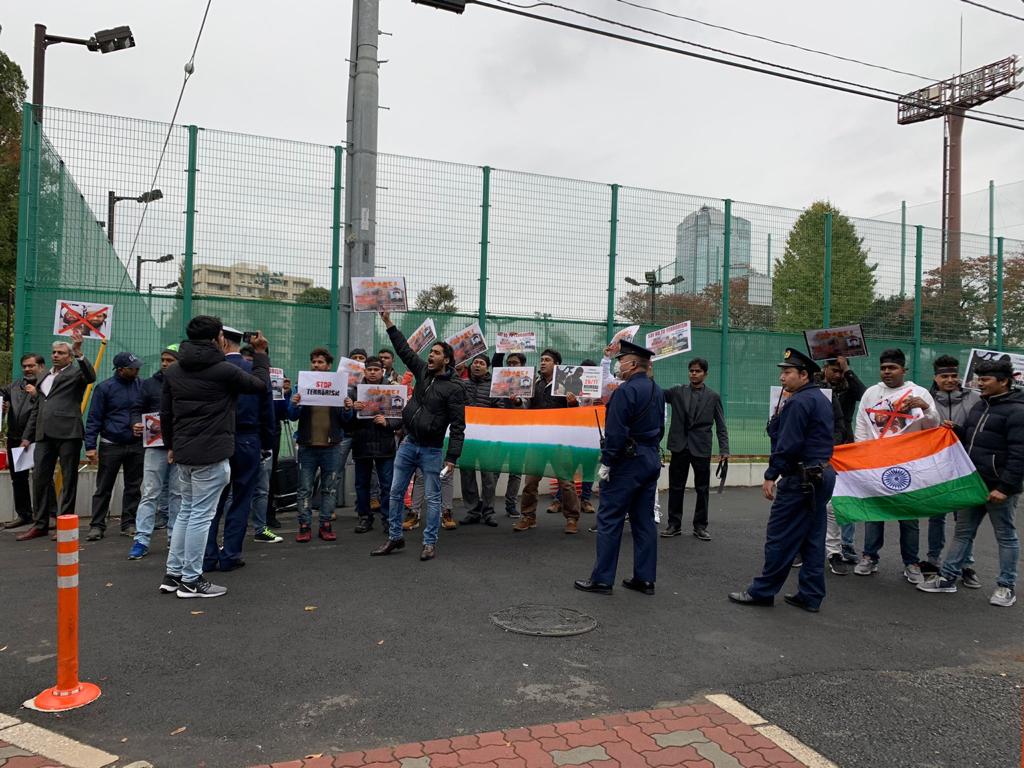 According to the activists who gathered outside the embassy, Pakistan has deliberately not taken action against the likes of Hafiz Saeed despite India providing hard evidence against the most wanted terrorist. One of the Pakistani terrorists was captured alive by Indian security forces during this terror attack which turns out to be key evidence against the preparators. Investigations have pointed towards Hafiz Saeed -  a co-founder of terror group Laskhar-e-Taiba and also a founder of Jamaat-ud-Dawah (JuD) operating mainly from Pakistan - as a mastermind behind this attack.

The US announced a bounty of $10 million on Saeed for his role in the 2008 Mumbai attacks. Saeed is listed on the NIA Most Wanted list and UN-designated terrorist. India has banned his organizations LeT and JuD as terrorist organizations. The United States, the United Kingdom, the European Union, Russia and Australia have also banned Lashkar-e-Taiba. However, Pakistan has been shy from taking any concrete action against Saeed, say the activists who gathered outside the Pakistan embassy. 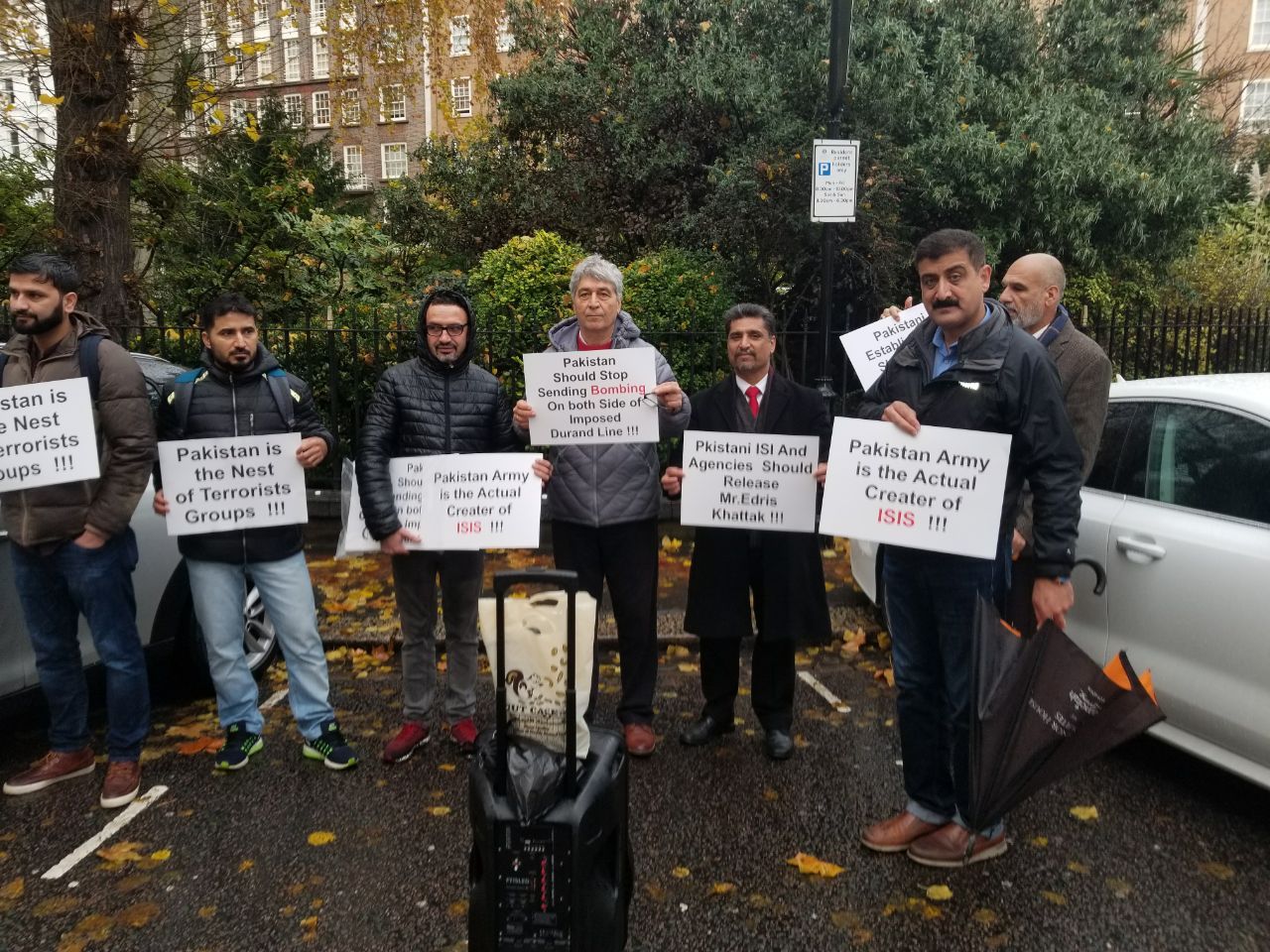 Pakistan also faces strict scrutiny and serious warnings from FATF (Financial Action Task Force) for its lack of action to curb terror financing in Pakistan by pro-terror groups and individuals. As a tribute to the victims of 26/11 terror attack as well as a tribute to victims of terror attacks elsewhere, around 40-50 human rights activists demonstrated in front of the Pakistan embassy in Tokyo, demanding capital punishment for Saeed. Not just Tokyo, in London there have been continuous protests with around 100 demonstrators protesting against Pakistan. Muhajirs, Baloch, Gilgit/Baltistan, and Pashtuns gathered in London to protest against the Pakistani establishment. The protest lasted for over two hours. 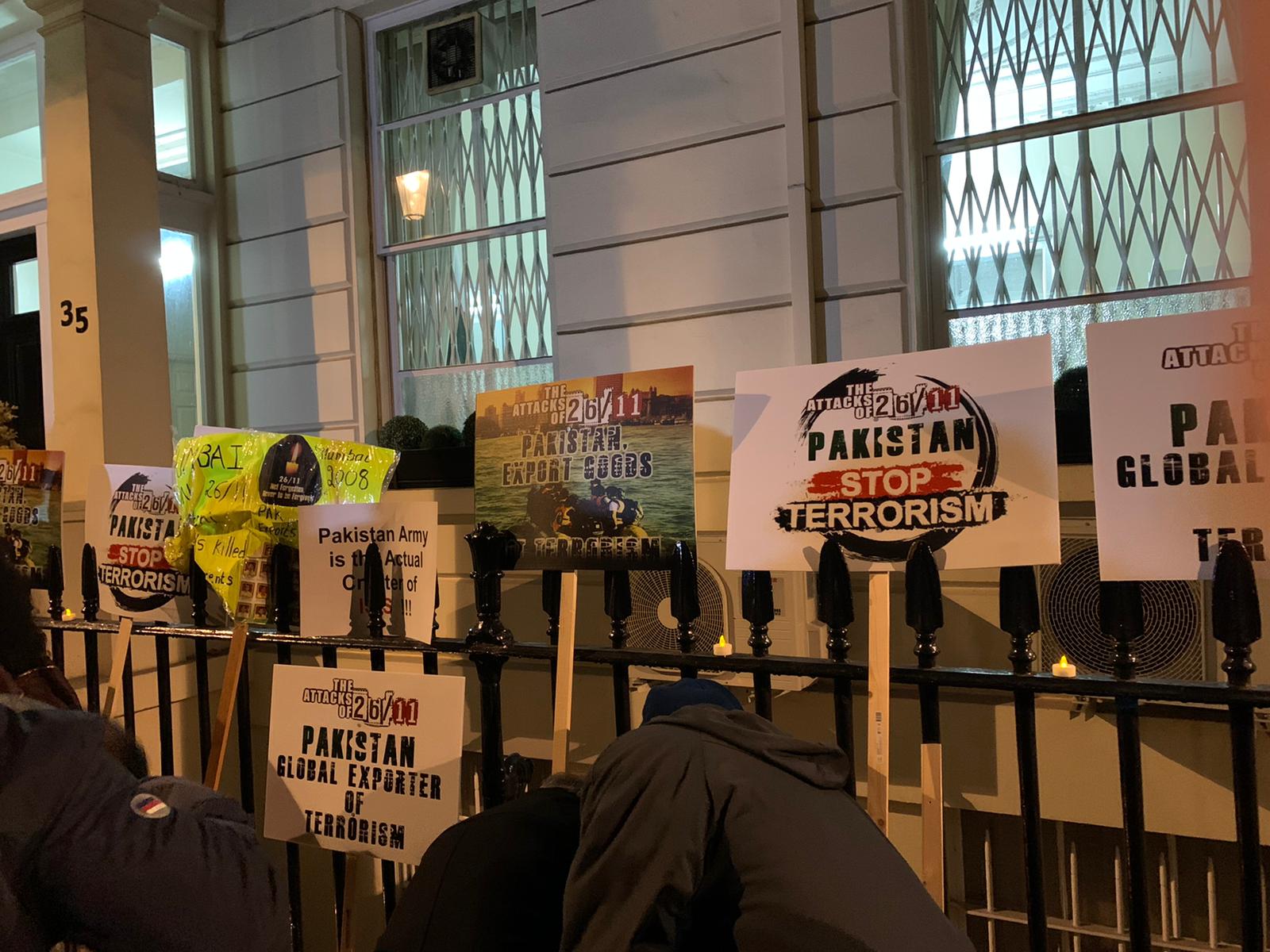