The Indian community in Canada organised a pro-CAA march outside the Indian embassy in Toronto. The protesters also hailed the Modi govt for its decision.

As India and Indians living across the world celebrated country's 71st Republic Day with great joy and pride on Sunday, the Indian Community in Canada marked the day by carrying out the pro-Citizenship Amendment Act march outside the Consulate General of India in Toronto. 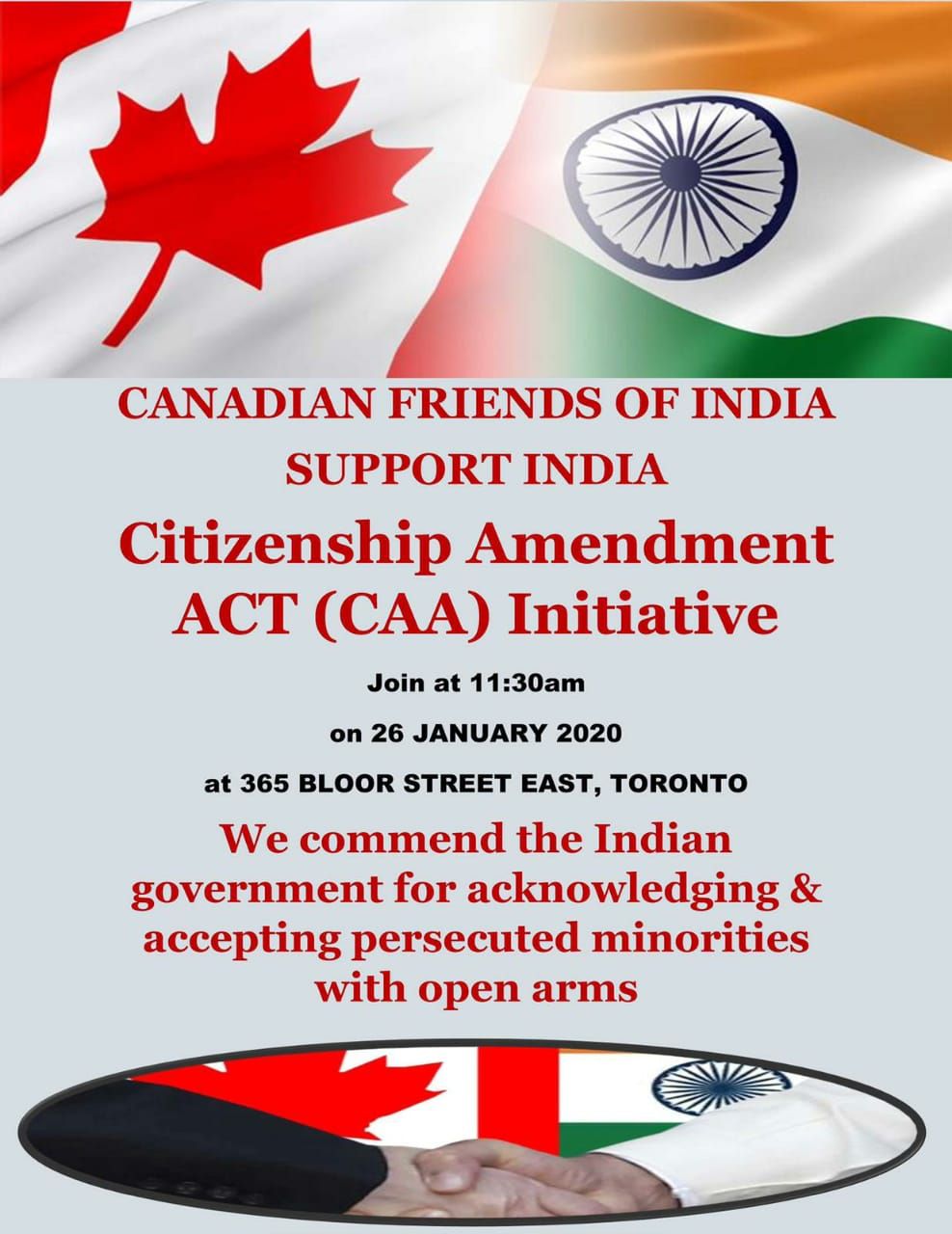 Anti-CAA protests by Indian Americans in the US

India's 71st Republic Day celebrations in the US on Sunday were affected by anti-CAA protests and marches organised by the Indian Americans in various cities of the country.

Among the Indo-Americans, CAA also had a fair share of its supporters who sought to counter protesters by asserting that “India cares for Neighbouring Minorities” and “CAA Won't Impact Indian Citizens.”

The supporters, however, appeared to be outnumbered by protesters, who held peaceful rallies and marches in various US cities, carrying anti-CAA banners and raising slogans against Prime Minister Narendra Modi and demanding the government to drop CAA and NRC.

In some of the cities, particularly New York, Chicago, Houston, Atlanta and San Francisco having Indian consulates, and at the Indian Embassy in Washington DC, the protestors shouted slogans like “Bharat Mata Ki Jai” and “Hindu, Muslim Sikh, Isai: Aapas Mein Saab Bhai Bhai”. The protesters, however, were countered by several Indo-Americans who supported the Citizenship law and congratulated the Modi Government for implementing CAA.

The largest gathering of anti-CAA protestors was in Chicago. In Chicago, Indian Americans gathered in large numbers and formed a long human chain. Capital Washington DC saw more than 500 Indian Americans marching from a park near the White House to the Gandhi Statue in front of the Indian Embassy.