Melania Trump Talks Up Homework With Kids On ‘Be Best’ Tour

Melania Trump gave a second-grader a pep talk about homework on Monday, March 4 as she toured an Oklahoma elementary school to open a three-state tour highlighting her “Be Best” initiative

Melania Trump gave a second-grader a pep talk about homework on Monday, March 4 as she toured an Oklahoma elementary school to open a three-state tour highlighting her “Be Best” initiative. As the first lady talked up the value of teamwork, the second-grader appeared to give her an earful about homework.

“You wished you didn’t have homework?” Mrs. Trump responded to the girl at Dove School of Discovery in Tulsa. “Well, everyone wishes that, but it’s important.” The first lady suggested the girl spend an hour on homework “so you’re prepared for the next day.” An hour of homework would be on the high end for a second-grader. 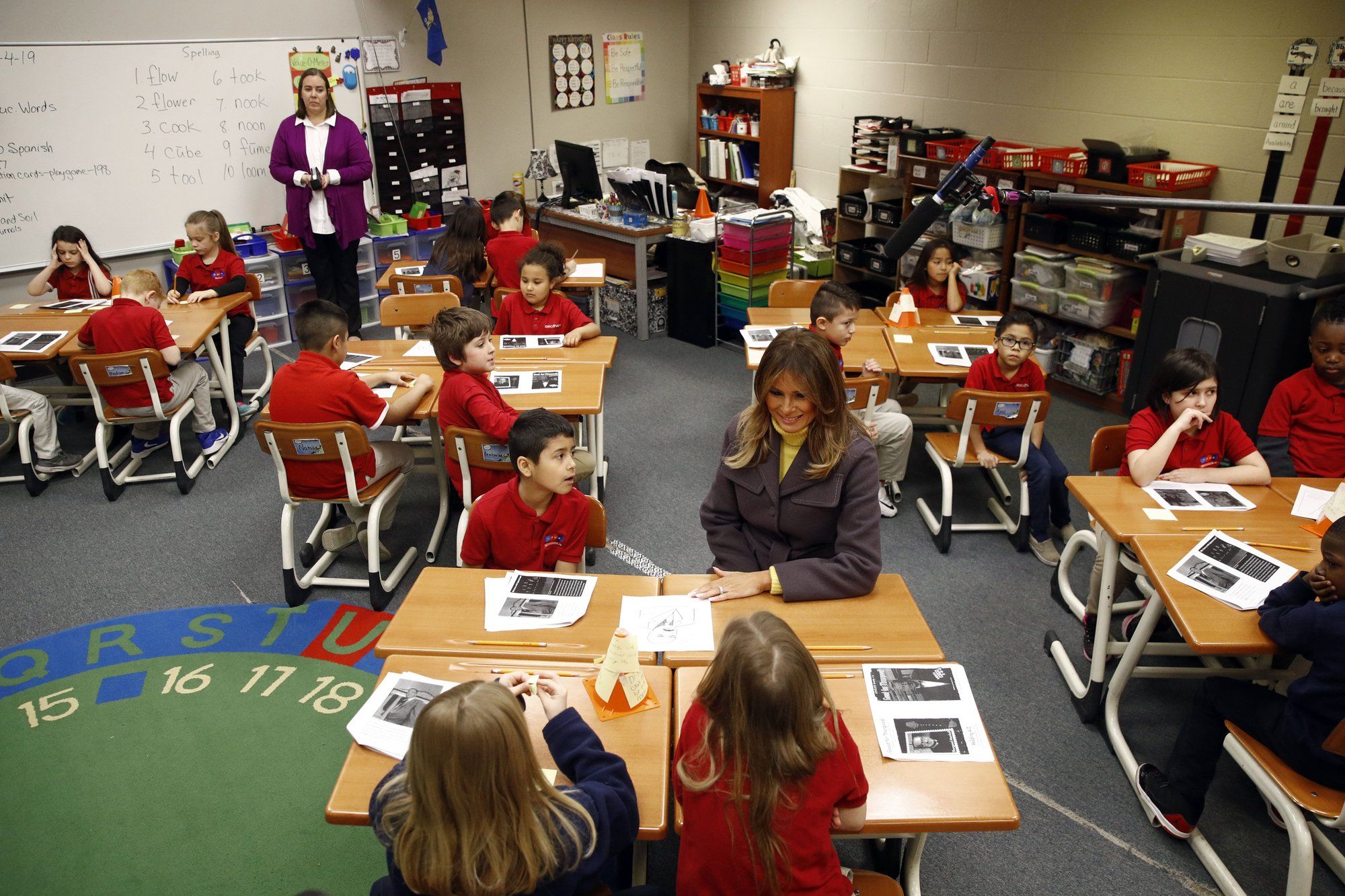 The first lady’s school visit, which included classroom tours, was the first stop on an overnight trip to spotlight the “Be Best” themes of child well-being, online safety and bullying prevention, and opioid abuse.

In one classroom, pre-kindergarteners used crayons to draw acts of kindness they had performed after a teacher read a story about being kind. One girl excitedly told the first lady she had seen her on the news and asked about President Donald Trump, who remained in Washington. 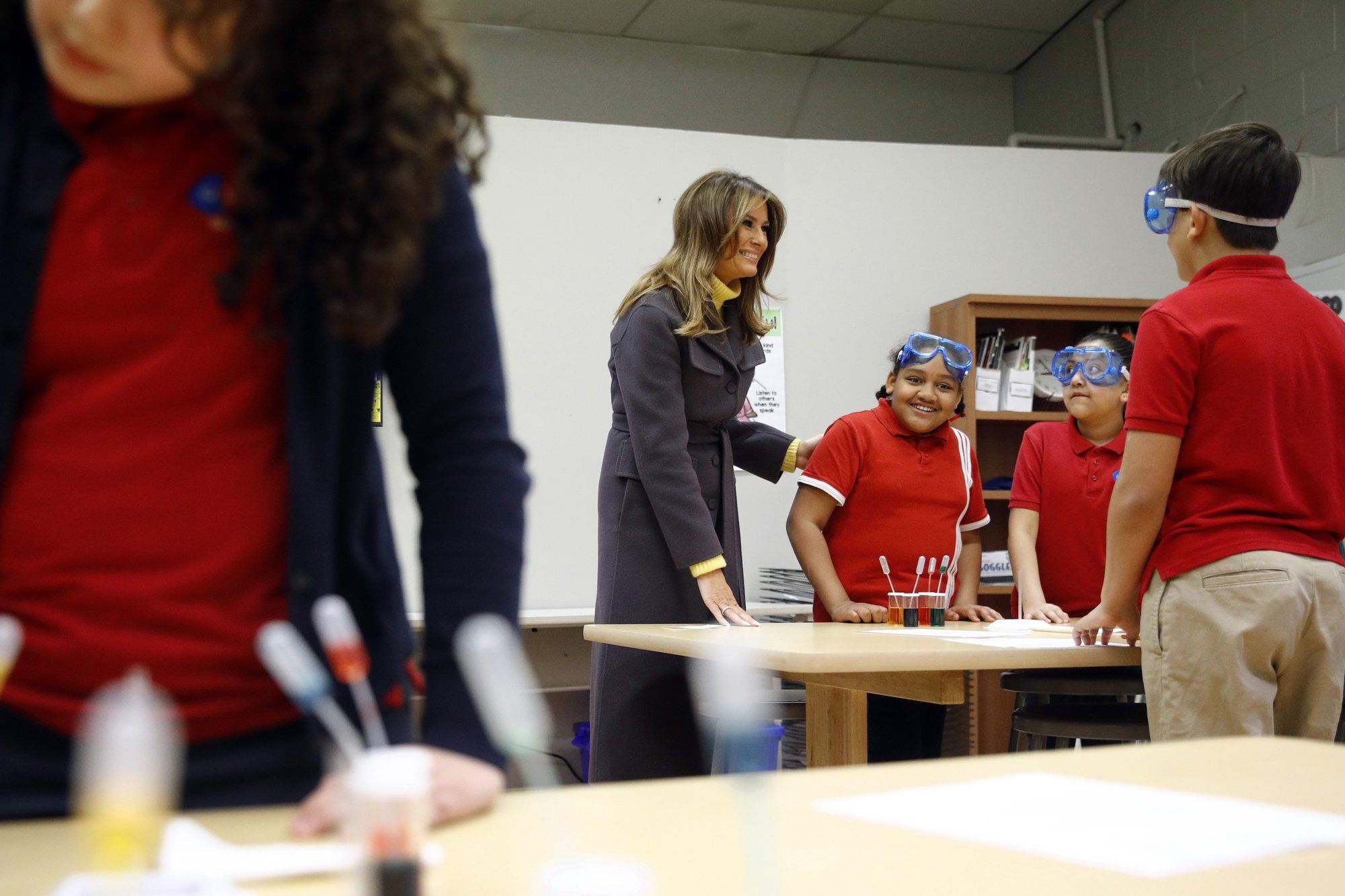 Goggle-wearing sixth-graders in a science class showed how they work as teams to measure the density of different colored liquids. Second-graders studying language arts worked in groups on a project about historical African-American figures and their struggles.

Seated at one table, the first lady asked the pupils how they liked working as a team. In response to a comment from a boy at another table, she said, “You always need to be kind and show love.”

The first lady has been criticized for focusing on online bullying when her husband regularly uses his Twitter account to berate opponents and call them names. She has defended her focus on children and says her husband is an adult who does not always follow her advice. 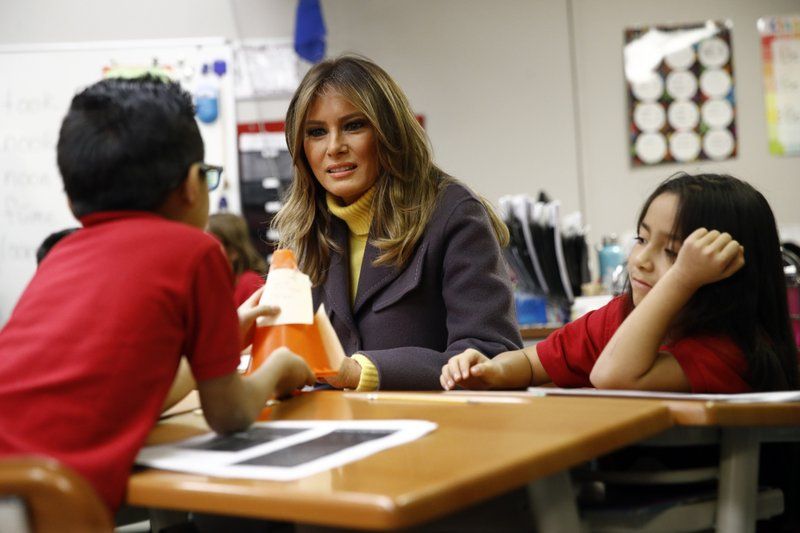 (All pictures from Associated Press)

The tour is Mrs. Trump’s first solo overnight trip in the U.S. since she became the first lady. It concludes on Tuesday in Las Vegas, where she is to take part in a town hall on the nation’s opioid crisis.