8 Best Street Foods In India That Every Foodie Must Try!

Check out the best lip-smacking street food that India has to offer. Now take your taste buds on an adventure ride with the best street food in India.

When you travel across India you invariably encounter hundreds of different culinary delights, especially street foods. These delicious street foods are a mind-blowing amalgamation of various flavours and happiness.

Here are some of the Best Street Foods in India: 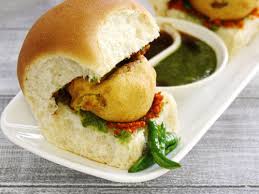 It is undebatable that Vada Pav is one of the best street foods in India. And if you are a Mumbaikar, it is your go-to staple street food. This delicious fried potato dish is served with your choice of the green and red chutneys, between a pav with the occasional dry garlic pickle generously sprinkled over the vada. You get this dish in every nook and corner in India, but especially if you're a Mumbaikar, you cannot miss the Anand Vada Pav Stall right opposite Mithibai College in Vile Parle, which sells, hands down, the best vada pav and vada pav variations you've ever tasted. Cheese vada pav, Mayonnaise vada pav, and a combination of both are just the mind-blowing vada pav variations you need to try the next time you're out and about. 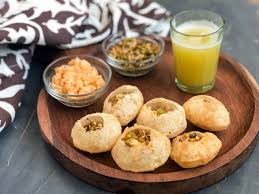 Paani Puri is one of the favourite street dishes we Indians have. In the west we call it golgappa, in the north we call it Paani Puri, and in the east it is known as puchka. Surely, we are all unable to resist these mouth-watering stuffed balls dipped in the 'pudine ka paani' and handed to us in small paper bowls. What makes this dish so much fun to eat? Is it the tangy and sweet flavours that just burst into your mouth as soon as you pop that puri whole, or is it just the right amount of coolness that the paani puri water has? Whatever it is, we sure do love us some paani puri.

This Calcutta delicacy sure tingles the taste buds. Aloo Dum is also known as Aloor Dum in Bengal (translation: aloo ka dum). Potato is cooked with spicy brown gravy, garnished with a generous amount of coriander and served hot and piping to be eaten with a toothpick. This dish is best consumed in the evening, when the flavours of Calcutta come alive. 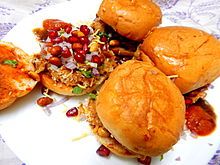 Another street side delight is the Daabeli, with its origins in Kutch, Gujarat. Also served between a pav, it is a tangy, spicy and flavourful sweet potato filling sprinkled with sweet and spicy chutneys, with some pomegranate, peanuts and lots of sev, and decorated with a hint of coriander. It is quite popular in Maharashtra as well. 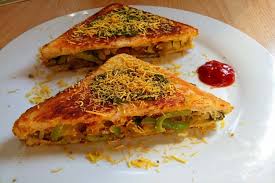 For office-going people, this is the go-to evening snack when they have taken a tea break or while leaving the office. It doesn't take long to make, and is available just around the corner on that street food stall. Chopped vegetables like cucumber, capsicum, onion and tomato are laid on top of delicious masala mashed potato spread. Then this tasty sandwich is put in a toaster on full heat and about ten minutes later, fresh out of the toaster, is your veg. masala toast sandwich. The Sandwich wale bhaiyya tops it with lots of grated cheese - as much as you want, if you ask for it- and drizzles sev all over. On the side, he'll give you amazing hot pickle and green chutney, and you can enjoy this evening meal all by yourself or share with your buddies if you so please. This simple Bihari delicacy is to die for. Stuffed whole wheat dough balls made of roasted gram flour (litthi) is served with spicy gravy of baingan bharta and/or mashed potatoes (chokha), sided with spicy chutneys and curd. It is eaten with a spoonful of pure ghee and is one of the healthiest street foods out there. Litthi Chokha is amazingly filling and nutritious, and gives a beautiful, traditional, rustic vibe. It also takes time to prepare but is very much worth the wait. You can have it as your lunch or dinner for the day, and pack some for home to eat for breakfast the next morning! 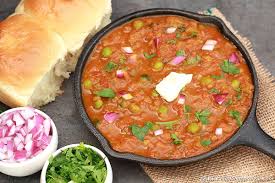 Yum, yum. That is the first thought which comes to mind when one thinks of Pav Bhaji. Pav Bhaji is definitely an Indian favourite and perhaps the king of all street foods, especially in Mumbai. Red-coloured rich, thick tomato puree mixed with mashed vegetables and loaded with a unique combination of spices (called Pav Bhaji masala) is garnished with some coriander, onion, sprinkle of lemon juice and a huge dollop of butter, and eaten with fresh, soft ghee-laden pav. Variants include Pav Bhaji with cheese, which is double the amount of street food goodness. In all its glory, this mish-mash is savored among people of all ages. 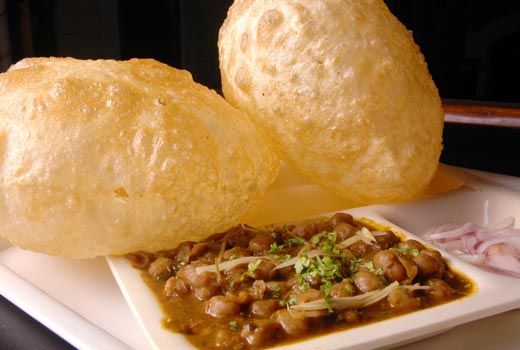 This Punjabi street food has been embraced by all of India. Served as a street food as well as a mainstream dish, it is a foodie's paradise. Soft, fluffy and hot bhaturas deep fried in oil are served generously with chhole, making it a spicy and creamy delight which nearly melts in your mouth. Street side vendors have their own special spices and flavours which gives an extra masaledar twist to this classic dish. Order it quickly, or this taste bundle is most likely to be fully sold out.

So go ahead and binge on these amazing Indian street foods!

ALSO READ: How to Select the Best Insurance for Your Car

PEOPLE HAVE PLEDGED SO FAR
'Brisket Patty Melt On Cornbread' recipe to try for your next house party
Almond Panacotta recipe: Make the delicious dish at home in THESE easy steps
Here are various health benefits of including Kiwi in your diet
Fennel soup recipe to make at home when you feel under the weather
Burgers in Goa: From Bean Me Up to Astrid's, here's the best joints to check out
DO NOT MISS
KAPIL SIBAL ON CAA
AMIT SHAH GETS A UNIQUE GIFT
QUEEN ELIZABETH ISSUES STATEMENT
BCCI INVITES SELECTORS' APPLICATION
SDPI WORKERS CAUGHT ON CCTV
JHARKHAND COACH ON MS DHONI